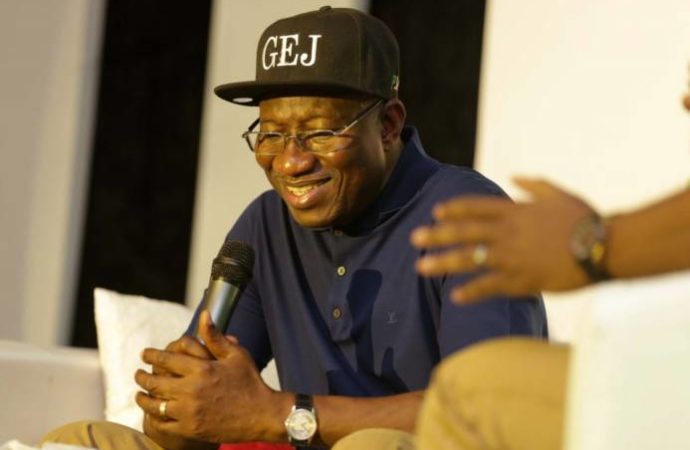 Former president Goodluck Jonathan has revealed why his government did not implement the report of the 2014 National Conference.
In a goodwill message at the Integration Summit Annual Roundtable in Abuja, at the weekend, the former president said given the time frame between when the report was submitted and the 2015 general elections, it would have raised ethical questions if his government went ahead with its implementation.
The report was submitted to Jonathan in August 2014.
The former president, who was represented at the event by his Media Adviser, Ikechukwu Eze, noted that it would have taken up to one year to complete the processes of implementing the recommendations.
“I received the report of the national conference on Thursday, August 21, 2014, after the closing ceremony to mark the end of the five-month long deliberations. I was satisfied with the outcome. It has remained the best national conference so far because of the depth of the deliberations and the fact that all the decisions reached were not based on majority votes, but by consensus.
“I am aware that some people have raised some issues with the fact that I did not implement the recommendations of the confab during my tenure. I would like to state that those making this kind of claim are not being fair to me.
“Such people tend to forget that the report was submitted in August 2014, few months before the last general elections. It was at a time the National Assembly was on break, with many of the members already at different constituencies to prepare their constituents for elections.
“I believe that to have had a tidy procedure of implementation, it would have involved committee deliberations, public hearings and town hall consultations on different segments of the report.  There was no doubt that the nation then needed up to one year to complete the processes of implementing the recommendations.
“It was obvious that my administration, given the time the report was submitted, couldn’t have implemented the report, before the 2015 elections without running into ethical questions,” Jonathan said.
He has also urged the present administration to implement some recommendations of the 2014 Confab.
According to him, Nigeria is still having agitations, because “we are still trying to discover the best way to run our Republic so that whatever policies we pursue or projects we implement as a nation will benefit the greatest number of our population.
“I believe the recommendations of the confab contain the answers to most of what we agitate for today. If implemented, they would go a long way in solving most of Nigeria’s identified structural problems and providing the roadmap for sustainable development.
“I am aware that there are many suggestions and solutions being debated. We have different people supporting and giving different definitions to such ideals as true federalism, confederation, restructuring and regionalism. But, we have not been able to achieve much because our conversations seem to be floating in the air. We are yet to establish common grounds and shared values.
“We should not forget that ours is a nation with a striking ethnic and religious mix. This diversity should otherwise be our strength. However, it appears to be holding us down because of our failure to consolidate a strategic roadmap for harnessing the advantages that should lift our nation.
“My belief is that we need to redefine our dialogue and move quickly from over theorisation to something tangible. My own way of solving the problem was the 2014 national conference which I convened.
“It was a conclusion I reached in my mind about the best way to productively leverage the diverse tendencies of our different ethnic groups, to allow the centre to firmly hold for the good of our nation.”
Why I Didn’t Implement 2014 Confab Report – Goodluck Jonathan Finally Speaks Out was last modified: November 20th, 2017 by Arinze Ago