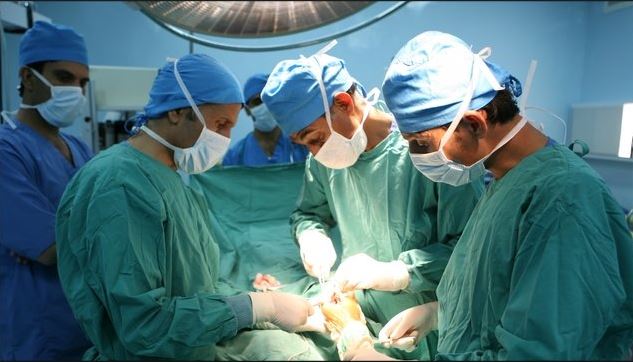 The world’s first human head transplant has been carried out on a corpse in China, according to Italian professor Sergio Canavero, Dailymail reports.
During an 18-hour operation, experts demonstrated that it is possible to successfully reconnect the spine, nerves and blood vessels of a severed head.
A similar operation on a live human will take place ‘imminently’, the controversial professor claims.
Professor Canavero, director of the Turin Advanced Neuromodulation Group, made the announcement at a press conference in Vienna this morning.
The procedure was carried out by a team led by Dr Xiaoping Ren, who last year grafted a head onto the body of a monkey.
A full report of the Harbin Medical University team’s procedure and a timeframe for the live transplant are expected within the next few days.
Speaking at the press conference, Professor Canavero said: ‘For too long nature has dictated her rules to us.
‘We’re born, we grow, we age and we die. For millions of years humans has evolved and 110 billion humans have died in the process.
‘That’s genocide on a mass scale.
‘We have entered an age where we will take our destiny back in our hands.
‘It will change everything. It will change you at every level.
‘The first human head transplant, in the human mode, has been realised.
‘The surgery lasted 18 hours. The paper will be released in a few days.’
‘Everyone said it was impossible, but the surgery was successful.’
Professor Canavero added that the team’s next step is to perform a full head swap between brain dead organ donors.
“And that is the final step for the formal head transplant for a medical condition which is imminent,’ he said
‘It will be for a medical, neurological condition, not for life-extension.’
Asked whether the eventual plans for live procedures would go worldwide after initial tests in China, Professor Canavero said: ‘Given the amount of mean criticism we recieved I don’t think we should go international.
‘This is a medical condition for people who are suffering awfully so it isn’t a joke.’
Response from the medical community to news of the procedure has been wholly critical.
Many professionals have branded the experiment as having negligible scientific or medical and have questioned Professor Canavero’s ethics.
Dr James Fildes, NHS principal research scientist at the University Hospital of South Manchester’s Transplant Centre, said: ‘Unless Canavero or Ren provide real evidence that they can perform a head, or more appropriately, a whole body transplant on a large animal that recovers sufficient function to improve quality of life, this entire project is morally wrong.
First Successful Head Transplant Carried Out On a Corpse In China was last modified: November 20th, 2017 by Arinze Ago

Why Gov DANKWAMBO’s Image Is On The Rise

Teen gets One Life Sentence for Each...