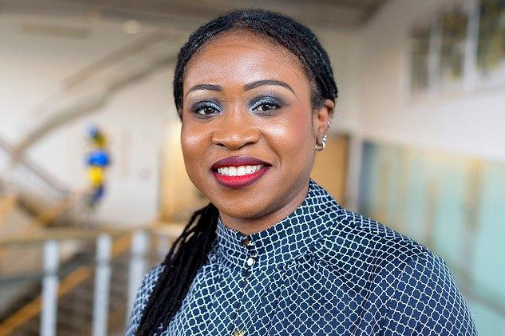 Gone are the days when African parents believed that their highly educated daughters will become unmarriageable. There are many Nigerians in the US that experience overlapping spheres of influence, such as school, family, and community.

This week we are looking at a Nigerian lady in the STEM field.  Considering that marriage and child bearing are key societal expectations of African female children and anything interfering with this is generally considered unacceptable, we present to you Dr. Omolola Eniola-Adefeso. It is the hope of City People Magazine that by exposing young Nigerians, especially girls to exemplars would reduce stereotypes of women in STEM.

We hope that this week’s highlight will carry the potency of neutralizing automatic stereotypes in STEM such as educational and occupational choices believed to be attainable to those who may be looking for a rewarding career.

Dr. Eniola-Adefeso joined the faculty of Chemical Engineering at the University of Michigan in 2006 where she runs the Cell Adhesion and Drug Delivery Laboratory.   Since her arrival at Michigan, Dr. Eniola-Adefeso has received several honors and awards including the NSF CAREER Award, Lloyd Ferguson Young Investigator Award, American Heart Association Innovator Award, and the American Heart Association Scientist Development Grant. She was recently inducted into the American Institute for Medical and Biological Engineering (AIMBE). Her research is currently funded by multiple grants from the NIH National Heart, Lung and Blood Institute and the National Science Foundation.

My path to where I am currently at is rather dull. I started college with the intention of getting a nursing degree, so I could work for a couple of years before returning to medical school. It turns out my brain was too analytical to grasp biology, and so began my journey into engineering. I started at UMBC in chemical engineering, got involved in research, and ended up in graduate school at Penn.  I ended up in a faculty position at Michigan right after my Ph.D. from Penn.

Do not be afraid to dream your dream. We, as Nigerians, tend to follow other people’s formula or protocol. We often say, “this is how it is done.” No! Write your own rules, break the model. Dare to be different.

I was born in the US but moved to Nigeria before I was one year old. All I knew was Nigeria until I moved back to the US at 15 years of age.

It was rough being in the US at 15 without parental support. The concept of working, paying rent, and going to school at 15 -16 was too much. All I had were my 17-year-old sister and 20-year-old brother. We were all babies really but living on our own. There were periods where we had no place to stay. Ironically, the normalcy of going to school in the morning, at the local community college, was what got us through that difficult period.

Nigerians are brilliant and creative breed, which can be deployed for good or evil. The reality is the news media relish in reporting the bad, while the good is viewed as boring. It is up to us to showcase the good.

Simply put, Nigeria’s culture is rich and unmatched. We have a special kind of confidence, and we always, always make our environment work for us. We are a force of nature, and I am absolutely in love with what we are.