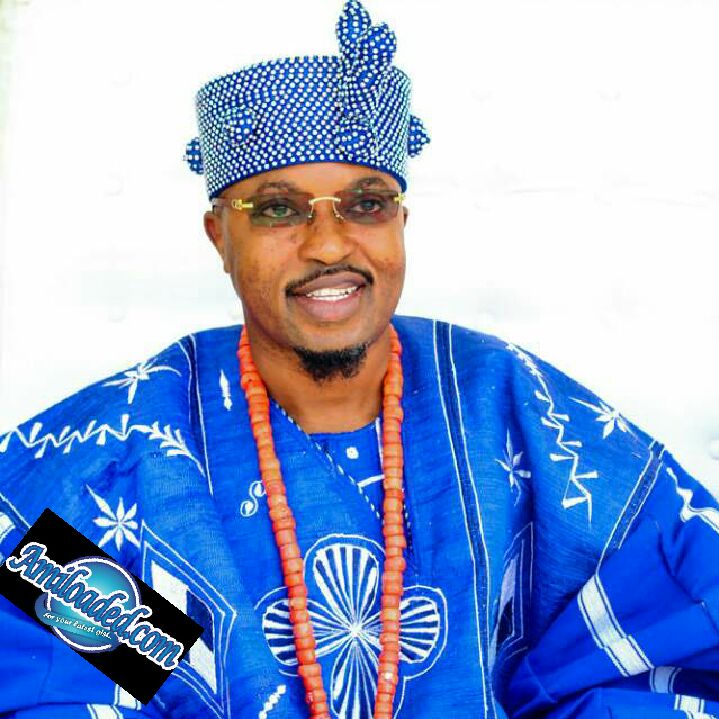 While speaking in an exclusive interview with The Nation, flamboyant Yoruba monarch and the Oluwo of Iwoland, Oba Abdulrasheed Akanbi who is the controversial traditional ruler of Iwo, a community in Osun State, opened up on his understanding of the traditional institution, why he is being criticised, his spiritual powers, among other issues.
Here are excerpts from the chat;
How do you feel being a king?
I’m serving my people. It is about service to my people. I’m not the king, only God is the king. This throne is the throne of God on earth, because only God can be king. I cannot say in front of God now that I’m the king. It is not possible. God is telling me to serve his people. If you don’t see me in Bentley or helicopter, it is because I’ve used all the money to serve the people. My people know. I’m imitating one aspect of God; that is being a servant. That is how God became God. I’ve found out spiritually, He is our servant. I took the best path which God wants; that is service to humanity and service to my people.
What God wants us to do is to serve humanity. When you serve humanity, you’re helping God. When somebody is hungry and is asking for food, when you give that person food, you are serving God, because that person will not disturb God for food again. Because if that person asks God, God will go and find food for that person. So, that is why I took the best path, which is the service to humanity.
I’m not the king. My role in this town is that of a father to them. That is why you see so much love in the air. I’m taking them from people that always want to oppress them, people that take so much from them and give them peanuts; people who always use them for nothing; people who always want to kill them. Those people are their enemies. They are the enemies of the town. I’m taking them away one by one. When I identify the enemy of the town, I bring him closer, I identify his weakness and that is where I take him up so that he won’t inflict my children any more.
I love my people. This is the time God wants me to serve them. All the spiritual things, God shows me. I don’t read books. I get all I want spiritually. If God wants me to go to any place, He will put me there spiritually, even if he wants to take me back 2,000 years, 3,000 years.
You spent most part of your life abroad. How come you are so versed in the language, religion, tradition and the culture of the Yoruba people?
My Yoruba changed. Before, when I spoke Yoruba, people used to tell me that I was from Edo or Igbo. But the day I became king, my Yoruba changed and people noticed that. I don’t know myself how it happened, but my Yoruba changed and people would think have never left the shores of this town. It is spiritual.
You said Yoruba tradition is the best in the world but some time ago, you chose to wear suit on the throne; an act many considered an aberration. If it is true that Yoruba has the best tradition, how come you chose that path?
I want to ask you a question: if Oduduwa were to be alive today, will he be jumping on the people’s back? Is he going to be riding on horses or cars? The cloth I’m wearing, what does it stand for? Civilization. When I got here, I showed them the modern world. It is time for civilization. During the time of Oduduwa, there were no shoes. Would he wear shoes today? Why would he wear it today? Civilization. It is about emancipating people from their old ways. We need to move our culture and tradition and change some things in them.
Why would some people still be eating isi ewu (goat head)? What is good in isi ewu? Just tell me. Is there meat on the head of a goat? You are just eating the brain of a goat. You can even catch disease from that. Our own voodoo requests somebody’s breast when you want to do money rituals. Our own voodoo is the one that asks for eyes. It is the one that demands for all body parts. Somebody who could become president in the future, you take him and kill him for rituals. Of all the money making ritualists in Yorubaland, how many of them are as rich as Bill Gate or Dangote? They don’t even have money. Go and look at those who did money rituals, they don’t have money and they die. It is only our idols that demand human beings; the future leaders that will develop the land. What your idols are doing is retrogressive.
Your wife is not a Nigerian. The first time she introduced you to her parents, what was their reaction?
I’ve always loved women, especially those that I have relationships with. I always love them to a fault. I respect women a lot because they are the ones that can serve humanity; men can only try. Women are the only ones that can serve humanity after God, because it is a woman that gave birth to you. She gave you life. And because she gave you life, if you don’t sleep, she doesn’t sleep. If you don’t eat, she doesn’t eat. It might not be up to that of God, but the same feeling God has for you, a woman has for her children. They are very strong. They are the most beautiful thing God has ever created. That is why I respect women.

What would you say has changed since you became the Oluwo?
We are redefining the history of this land, and since I came, I’ve redefined a lot of things. Where they put the history of Iwo, I’ve taken it from there and moved it on. Nobody knew that Oluwo is a true son of Oduduwa. I unraveled that mystery. Oluwo is the crown, not the person.
Everything we are doing here is spiritual. On this throne, I don’t do a thing without a reason. Was Awolowo not controversial? Was Jesus not controversial? Was Mohammed not controversial? When I do something and people say, ‘Haaa, you are putting Iwo in the news,’ I say, did you hear about Iwo in the news before now? How does that hurt you? We have to be in the news. One thing I know in the code of journalism is that good news is not good but bad news is good. I love it when people criticise me. They make me better. I love it. I’m enjoying it. I love my enemies a lot.
I love it when people are fighting me. There is no way you will fight me if God didn’t tell you to do that. I’ve recognised that every principality or evil way is all decoy and it is the work of God. Who created the devil? Who taught devil what he is doing? Then if somebody is criticising me, should I not take that as the work of God? But as long as you have faith, they can never bring you down. Because Moses identified this, he was able to overcome.
If you don’t have enemies, it means you are not progressing. If you don’t have enemies, you are not moving forward. If you don’t have enemies, you are as good as dead. You need enemies to grow. Enemies are your food to survive. If you don’t know that, you have a problem.
Click here to read the full interview with The Nation.
I Don’t Understand Why People Still Eat Isi Ewu (Goat Head) – Oluwo Of Iwo, Oba Akanbi was last modified: July 11th, 2017 by Arinze Ago

This Is The Time For Churches To...

I Relocated From LONDON To Be A...

How I Became the President of PFN...