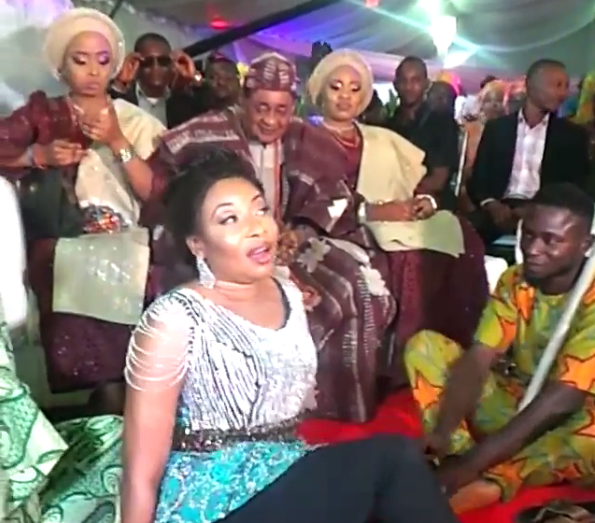 The Alaafin of Oyo and two of his lovely queens were special guests at the Owo Naira Bet movie premiere of actress Lizzy Anjorin.

Alaafin of Oyo who never attends an event without his Queens did the usual but this time with just two of them.

Actress Lizzy Anjorin, however, stepped on the toes of the youngest Queen, Olori Ajoke as she stood before the Monarch dancing and laughing. Queen Ajoke was obviously not feeling the moves of the actress and she did not hide her feelings.

She slightly shoved Anjorin away from the Alaafin who found it amusing then proceeded to send looks that could kill to the delight of the camera!

It really showed that she wasn’t there to joke with her crown, her husband who has the liberty to add to his harem if it pleases him.

Scam Alert: Beware of unsolicited adverts on your Facebook wall, [Another scammer exposed]