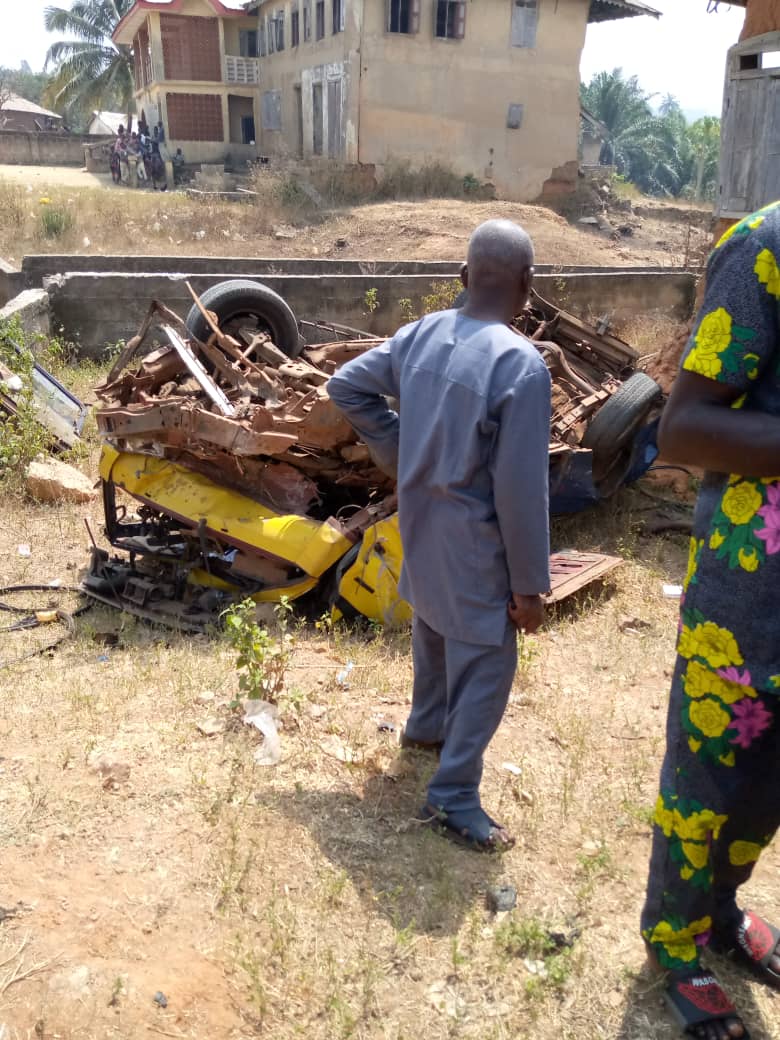 Renown Nigerian non-governmental organization, Empathy-Driven Women Initiative International (EDWIIN), has expressed her condolence to families, friends and members of the Deaf Women Association Of Nigeria (DWAN), after three deaf persons working with the Special School for the blind and deaf in Ikoro Ekiti died in a ghastly road accident that accrued on Saturday, February 1, 2020 in Ekiti.

According to Roundoffnews, the incident occurred in Ara Ekiti on Saturday after the brake system of the vehicle conveying them developed a mechanical fault on motion and rammed into a ditch.

The occupants of the vehicle numbering about eighteen, all staff of the school were on their way to a burial ceremony in Odo Owa, on the invitation of the principal of the school when the incident happened.

Some of the victims who were in a critical condition have been referred to the Federal Teaching Hospital Ido Ekiti while the deceased persons have been deposited in the morgue in Ijero Ekiti.

The names of the deceased were given as Oladimeji Bunmi, Yemisi Adelodun and Bosede Azeez.
A witness who shared his account with newsmen stated:

“I was going in the street of Ado around 4 pm when two deaf guys flagged me down asking me to check our WhatsApp forum. I got the news of the accident and that some of them have been referred to Federal Teaching Hospital, Ido Ekiti. I quickly went there.

“On arrival, I met Sister Morenike in a serious coma on life support machine. I Just pray for her because she is still in a coma as I write now. According to those who survived the accident with minor injuries, the 18 seater bus suddenly had a brake failure and it lost control. It somersaulted several times. 3 ladies who were sitting together died instantly.

“Many others sustained serious injuries. Our Chairman-elect also is on life support machine but noticeable conscious. One of his legs is badly injured that I pray they won’t amputate it. Others escaped with several bruises. One was fixed with a neck brace.”

Uri Ngozichukwuka, the convener of Empathy-Driven Women Initiative International (EDWIIN), while expressing her grief over the sad incidence stated that the news came as a rude shock to her and the entire movement of people living with disabilities.
“The death of those three heroines: Omoniyi OBADARE, Nike FOLAYAN, and Boja Ogunkuade came as a rude shock and it came at a time their wealth of experience is needed to sustain the fast expanding movement to support people living with disabilities.

“The story of the Special School in Ekiti State can never be complete without their input, as their influence on the students with special need has greatly helped”.

While sympathizing with the immediate family of the deceased, Uri urged friends and colleagues to take solace in the contribution that had been made by the three heroines toward the struggle for Inclusion