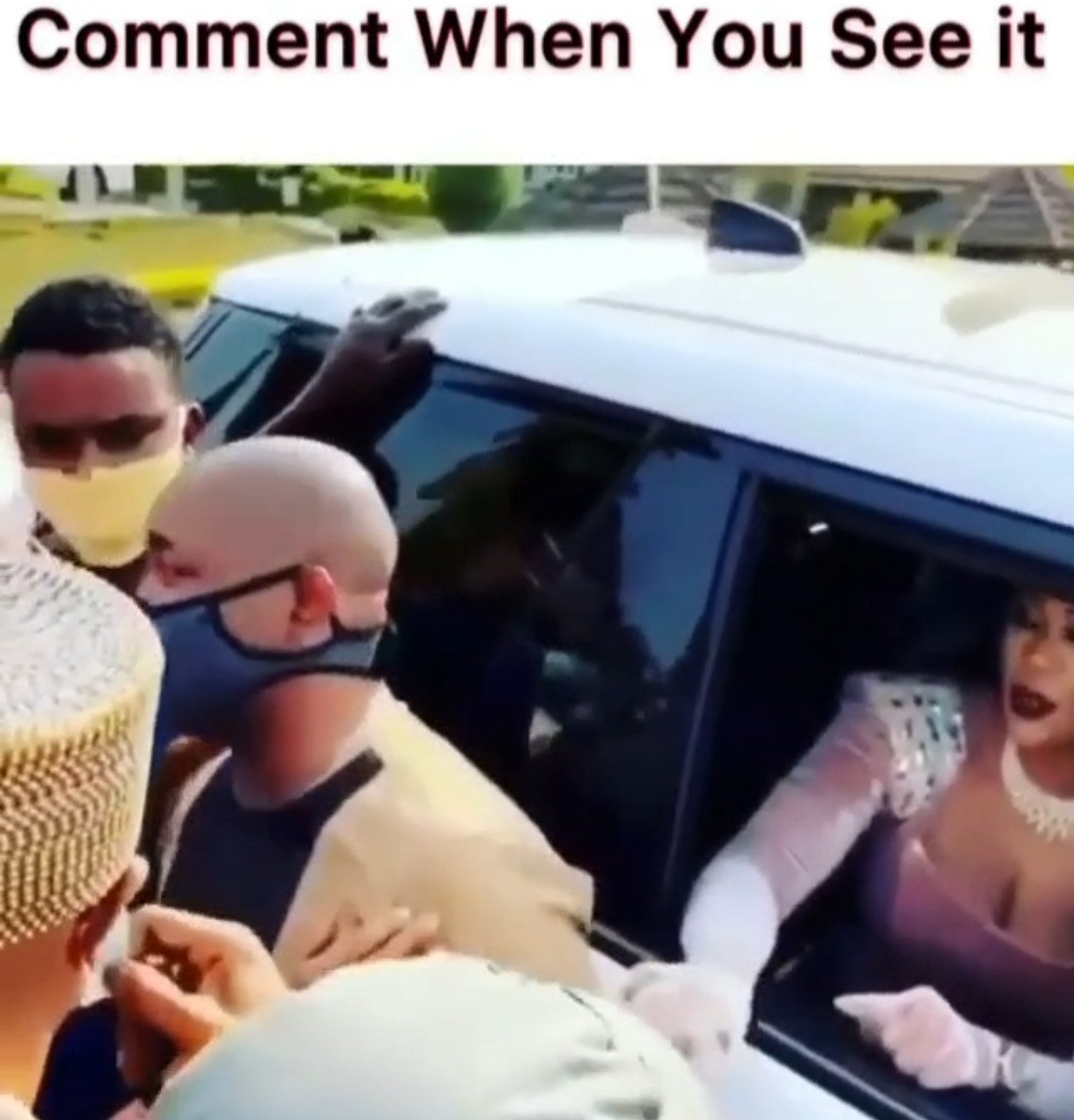 Ehi Ogbebor has responded after a video showing her collecting something from the Oluwo of Iwo went viral and led Nigerians to accuse her of ‘codedly’ collecting the monarch’s number in the presence of her man MC Oluomo.

Recall that at the weekend, Ehi and MC Oluomo attended the 5th anniversary of the coronation of the Oluwo of Iwo.

After the ceremony, a viral video captures the Oluwo of Iwo hugging MC Oluomo as he bades him goodbye. Ehi is seen in the car at this point and as the Oluwo hugs MC Oluomo who has his back to Ehi, the Oluwo is seen putting something in Ehi’s hand and she immediately collects it and puts it away.

Viewers said it looked like the Oluwo passed her his number while Oluomo’s back was turned.

Responding, Ehi shared a chat between her and the Oluwo.

In it, the Oluwo was telling her that he saw the viral video and the interpretation people were giving it and Ehi told him not to worry because people will always talk.

Ehi explained that those talking don’t know that she has known the Oluwo for a long time and she has his contact details.

The Oluwo then asked her how MC Oluomo was taking the whole thing and she told him that her man laughed it off because he knows it’s not true.

Below are screenshots of Ehi’s chat with the Oluwo of Iwo.

Ehi Ogbebor shares chat between her and Oluwo of Iwo to deny claims she ‘codedly’ collected his number was last modified: January 18th, 2021 by Reporter