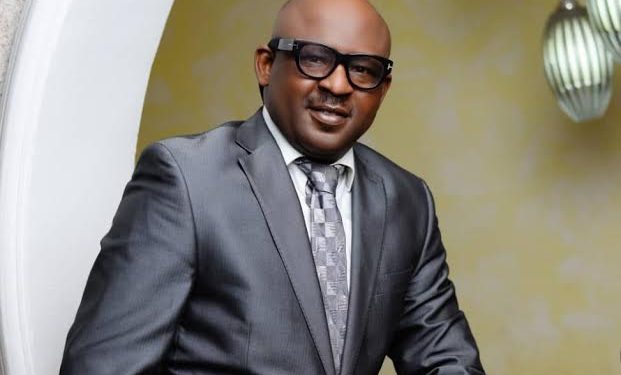 Otunba Demola Popoola (ODEP), a gubernatorial aspirant on the platform of the All Progressives Congress,APC, for the Ekiti 2022 governorship, has donated a sum of N1 million to an undergraduate of the Federal University of Technology, Akure (FUTA), who is currently undergoing brain surgery at the Afe Babalola Multisystem Teaching Hospital, Ado Ekiti.

Popoola, who is the Chief Executive Officer (CEO), Emmanpop Ventures, made this gesture known to reporters while unveiling his agenda to the people of the state ahead of 2022 poll.

The APC state leader and philanthropist hinted that one of his Social Intervention Programmes was the institution of a N50 million Empowerment Scheme for hundreds of beneficiaries from the sixteen Local Government Areas of the state.

He reiterated his desire was to lift the people out of poverty and make them self-reliant.

He underscored the importance of grassroots development as a key factor in laying a strong foundation for economic growth and development in the state.

The philanthropist is also the donor and sponsor of the ODEP Unity Cup, a football competition among the various clubs in the 16 local councils in Ekiti.

The guber aspirant, who was the Coordinator for Dr Adebayo Adelabu Governorship Campaign in Oyo State in 2019, revealed he has touched many lives home and abroad.

According to Popoola, no fewer than 100 beneficiaries in each of the 16 local government areas would be captured in the programme.

‘I want to touch the lives of the people and I am not interested in deceiving the people. I can assure you that support for me is support for Ekiti development,’ he assured.

‘I urge our party leaders and other stakeholders to encourage our members to partake in the exercise and let us conduct ourselves in a peaceful manner. We should continue to support the current administration in the state for the good of all,’.

10 Things To Look Out For Before Buying Salah Ram