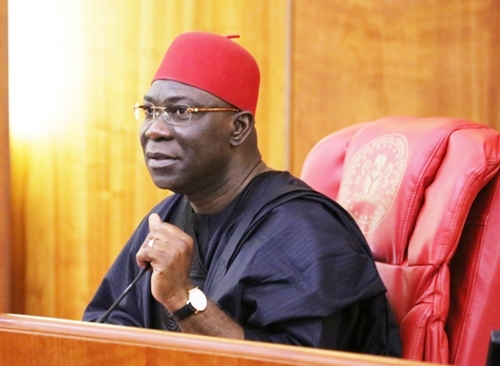 The Deputy Senate President, Ike Ekweremadu, was hurriedly released by the Economic and Financial Crimes Commission on Wednesday after suffering high blood pressure during interrogation.

Sources at the anti-graft agency told Punch correspondent that the lawmaker, who was interrogated for over eight hours on Tuesday, returned for another round of questioning on Wednesday morning but after some hours, he took ill.

A detective at the commission said, “During the interrogation on Wednesday, the Deputy Senate President started to complain of discofort and he told us that he had high blood pressure. We noticed the symptoms and we immediately released him.”

Ekweremadu, who has been a senator since 2003, is, among other things, accused of owning 22 properties.

Ekweremadu Down With High Blood Pressure In EFCC Custody was last modified: August 2nd, 2018 by Reporter