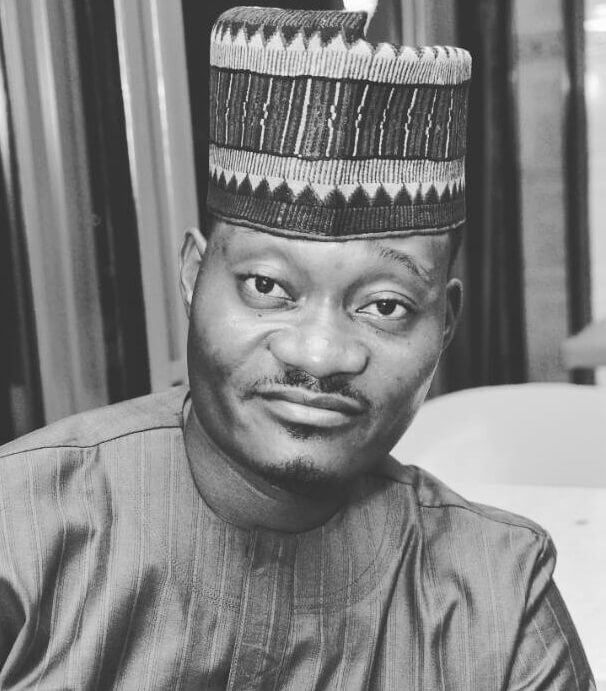 Talk of one estate developer in Nigeria today who is vibrant, young, successful and has executed many remarkable projects over the last few years and the name Kehinde Alex Bankole will pop up.
Hon. Kehinde is the Chairman/CEO of KAB Constructions, a real estate company that has executed many construction projects. Currently, the company has more than 60 projects all over the country. He builds/constructs for both private individuals and government and he has received many accolades in the recent time.
Three weeks back, this young and well-focused man’s company, KAB Constructions, won the Indigenous Construction Company of the year award 2017, at the 3rd City People Real Estate Award, held in Oregun, Ikeja, Lagos.
This year alone, KAB-Constructions has executed many billions naira projects and it has more than N5billions naira projects to be delivered in a few months time.
Come 2019, this young man has strongly been tipped to hold a very strong post in Nigeria Politics. He would be vying for a top political office along with top guns in Nigerian/Kwara Politics but his generousity and philantropic programme has made him emerge the no 1 choice of the people. What is the secret of this man? How did he start his company? And how has it gone so fast in the business? These are some of the questions City People’s Senior Property Reporter, ISAAC ABIMBADE asked him three weeks ago before he flew to France on a one-week holiday. Enjoy
As a young and successful developer, can you briefly tell us your story, how did you get into the built sector?
It’s funny though but it has always been construction from the outset. I was into banking, Oil and Gas before I delved into construction. That’s how it has been before I ventured into real estate. If I tell you how I got into real estate, it’s going to be very funny to you.
I’m a man who always believe in doing what you know how to do to get the best out of your very self and better your environment. As I told you earlier, I said I have

As I told you earlier, I said I have passion for infrastructures. When you travel and see the surrounding and environment of your host countries, those are the things I would want to see in my country. If you know my surname, Bankole, which simply means House Builder’. So it’s not new that I found myself in that profession.
Going back on how I got into real estate. I happened to be the youngest contractor with Lekki Gardens. I delved into real estate fully in 2013. I’m not saying constructing for people, or building for people or designing for people because I have been doing all these before 2013.
People will say I’m always talking about this man (Lekki Gardens MD). I tapped into the calling of Mr. Richard Nyong of Lekki Gardens.
Many people believe it’s actually difficult to achieve what he has achieved. I had a short stint with him then. As I told you, I was the youngest contractor with him then (2013). The first day I was given a job in one of his estates, a man looked at me, looked at the surveyor who gave me the job, Tosin Omotilewa.

I still took the job, but it was less than N200 thousand naira. We took the job and we started the project. The third day, the owner of the estate came around and saw the beautiful job we did and he asked who was handling the project and they told him it’s one Dex-Cole. People didn’t know I was the man behind Dex-Cole, looking at my age and stature. And the man was pleased with what I did and he immediately told them to give me about 400 meters drainage!
You know what? Before I left the site on that day, I got alert of 1 million naira as part payment for the 400 meters they just awarded to me. The following week, Mr. Richard Nyong of Lekki Gardens, just asked them to give me building construction, that the man (myself) would make a very good building. Prior to that time, he had never met me . At a particular point when I got home and I asked myself how did this man do it? Later, and I asked people around him, but most people around him were afraid to delve into what Mr. Richard has been doing successfully. I’m talking about a man who as at then employed more than 5 thousand people.

But I was not very comfortable with what I was doing because I wanted to grow and be successful just as him. So, I read some books and I asked people around him some questions, that was when I knew I could do it. So, that is how I started estate development. Since then, its been glory upon glory, honour upon honour.
We know you are connected with who is who in the society but let’s start with Ooni of Ife.

Tell us your relationship with him?
My relationship with His Imperial Majesty, Ooni of Ife, Oba Adeyeye Ogunwusi, dated back to when he was constructing Jacob mews homes behind Panti, Yaba, Lagos. I was one of the contractors people were sub-contracting jobs to. Most people hardly know he was the brain behind the project. And one thing that actually attracted me to him was his humility. He’s a very humble person.

I didn’t start having a personal encounter with him until I started my own project at Lafiaji in Ajah. He had a project opposite my own and when he came and saw my project, he came down from his car.

He was very surprised to see me! Immediately, he led me to his car, asking what I needed. He said call me anytime you need help, this your project must move forward. I love this! I’m proud of this!! he said. He asked me where I am from, I told him Kwara State. And he started telling me about himself. He was very humble. He told me to call him if I have any problem concerning the project. Since then, he has been a wonderful person and that was before he became the Ooni.
Talking about your age, has it affected you positively or negatively?
It has affected me negatively on so many occasions. You know, we are in a very funny society. Society where you see/know people who know how to do it, but they are not given opportunity to showcase what they have.
Instead, our people/government would give construction job to engineers who came from China, India, Korea and when you investigate the background of such alien engineers, they don’t have a solid background in their home countries.
Let’s talk about your NGO! What was the NGO set up to tackle?
First, as a person I don’t like it when I see people who are hungry for food. Go back to my community in Kwara State, go and ask my closed friends. I can give out my last kobo. So, giving is my own Ministry.
I can’t stand where people are not happy. The only thing that makes me happy is helping people. The importance of the Foundation is to help people in need. I have been there once and I know what it takes to lack one or two things. I started the Foundation officially a year ago. The foundation is to tackle illiteracy, especially in my home town, and it is also set up to house people and to give jobs to those who are jobless. When you visit any of my site, 70 percent of my workers are from Kwara State.
Did you set up this NGO as result of your humble background?
My background has really taught me to be a fighter, to be a very rugged person. My background taught me to be very, very hardworking.
As a young and successful developer, which area you think government should come in to help estate developers?
The area I would like government to tackle is approval of projects. Especially in Lagos State, I want Lagos State government to help us in the area of approval of buildings, layout approval. This take a long time than necessary. These are the things that should not take you more than a few months but you ended up paying millions of naira and you don’t get your building approval until after 3 years.

I appreciate that the government Ambode is working so hard because he’s well prepared and he already knew what he wanted to do, but I would still want him to look into that area of building approval because its always a problem.
Government can expedite the process. These are the things that can be done within a few weeks.
How do you think you can tackle the deficit in the housing sector if you were to be the Minister of Housing or Governor of a state?
Being a Governor or a Minister does not mean you know it all. I would look at the big players in the real estate sector, I will have a meeting with them, and see how we can make the sector to be more vibrant. The last time we had a governor who performed well in the Housing sector was during Jakande and he’s from my state, Kwara.
How did you feel about your company, KAB Constructions, winning the Indigenous Constructions Company of the Year Awards?
I feel happy. It shows that somebody is seeing what you are doing. It shows that somebody has been paying attention to your activities. It makes me happy and it makes me want to do more.
Tell us what you have done in the recent years?
What we have done is every where for you to see. We have 5 projects at GRA Ikeja in Lagos, we have at Agidingbi, we have at Toyin Street in Ikeja; we have at Anthony, we have in Maryland, we have at Gbagada Estate.

Those are the Mainland projects. We are also on the Island; we have at Chevron, we have at second Toll-gate. We have at Lafiaji, we have in Ikate. we have about four projects around that axis of Ikate alone.