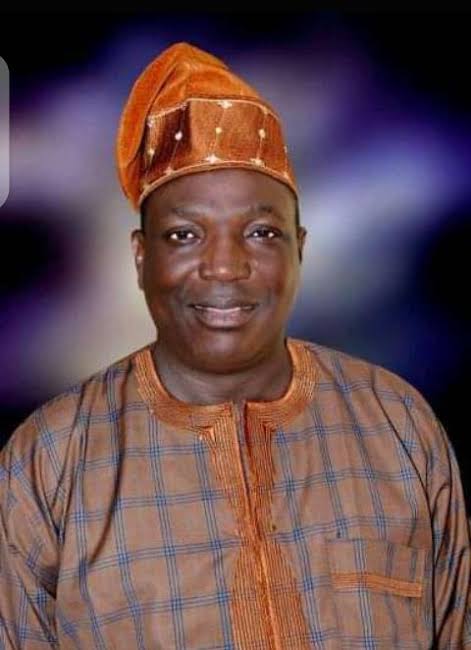 The lingering crisis rocking Adeseun Ogundoyin Polytechnic, Eruwa, Ibarapa East Local Government, may be far from over. Youths of the town have insisted that the council chairman of the institution, Prof. Samuel Ogundiran should be removed and the council dissolved for peace to reign. Their demands are not unconnected with the removal of the Acting Rector, Mr Peter Adejumo and others by the Ogundiran-led council.

It would be recalled that the governing council of the institution had in the second week of September sacked its Management. New appointments were made into positions of acting Rector, acting Bursar and acting Head of Works, respectively.

Residents of the town have, however, rejected the appointments. Describing the development as Ogundiran’s grand plan to achieve his selfish agenda of uprooting all Eruwa indigenes from the Institution, and for him to have total control. Ogundiran is from Tapa in Ibarapa North.

The new appointments didn’t only trigger serious arguments across different quarters, it also led to massive protests which paralysed the institution’s activities for days. There were bonfire and protesters carrying placards with different inscriptions at the entrance of the Institution.

In fact, everybody coming into the school’s premises, both motorists and pedestrians, were subjected to thorough search when this reporter visited last week.

Security, we gathered, is being beefed up around the institution to forestall likely attacks from the embittered youths.

An inside source revealed to City People that Eruwa residents are angry with Ogundiran over the unjust removal of their son, Adejumo. That they were shocked that the council still went ahead to carry out the dissolution of the Management even after the Oyo State government had waded in and promised to resolve amicably, the crisis that has been rocking the Institution for over two years now.

According to the source, Ogundiran-led council just raised some spurious allegations against the Management led by Adejumo in order to discredit them.

“The council is fully aware of the fact that one kobo of the Institution can’t be spent without an approval from Platinum Consultant, and that is why we are surprised at Ogundiran’s actions. This is not but an aim to rubbish Adejumo’s achievements”, the source stated.

Mr. Peter Adejumo, within four months that he came on board, was said to have been able to solve the issue of non-accreditation of virtually all programs and non-provision for youth service in the Institution. He was appointed as Ag. Rector in August 2020.

It was also gathered that though there has been crisis before now, but the council chair’s animosity towards the embattled Management reached its peak when the earlier approved new car for him was cancelled. The story is that when Ogundiran came in for his second term, he requested for a new car. The request was said to have been granted by the Management under Peter Adejumo who suggested that all obsolete items be recalled from offices in order to accommodate such request. But the earlier approved new car was said to have been withdrawn by the Platinum Consultant, when it was discovered that the Chairman still has in his possession a 2016 Hyundai car. This was said to have infuriated Ogundiran.

The feelers, according to another source within the Institution, is that Ogundiran may be working for the opposition political party in the state. The council chair’s body language, to them, shows that he is planning to sabotage Governor Seyi’s efforts on the Oyo State owned Institution.

All these and many other allegations were clearly stated in a letter (dated 2nd September, 2021 and tittles ‘Letter of Renege and Vote of No Confidence on Prof. Samuel Ogunwale Ogundiran) written to the governor by the Senior Staff Association of Nigeria Polytechnics (SSANIP), Adeseun Ogundoyin Polytechnic, Eruwa, Oyo State chapter.

In the letter, Ogundiran was accused of usurpation, abuse of office, financial recklessness and using divide and rule tactics to create crisis among the Management, staff, students and students union in the Institution.

“Sir, the Governing Council Chairman of Adeseun Ogundoyin Polytechnic, Eruwa in person of Professor Samuel Ogunwale Ogundian has been revealing his true colour and executing his planned mission in the School. It is obvious that he is not a developer but a destroyer, a thwart not an encourager, he is neither after the success of the Institution, the town or the sitting Government cum all what the Institution is experiencing. He has been trading with his office for undue financial guns and using divide and rule method as his style of administration within the Council, Management members, Unions and Students in the Institution wanting to promote crisis. This can be seen in his body language by shifting the seat of the Governing Council of Adeseun Ogundoyin Polytechnic, Eruwa from her comfort zone to another place entirely. It was also noticed that the Council Chairman has set his mind to work contrary to the goals of Oyo State Government by conniving with members of opposition party, and the Union cannot afford to leave this State to any opposition party come 2023”, the letter reads in parts.

There is also the corruption allegation raised against the Council Chair, Ogundiran. He is said to have allegedly collected #5m from the newly appointed Management team. All efforts by this reporter to get Prof. Samuel Ogundiran to speak on these issues, however, proved abortive.

Adeseun Ogundoyin Polytechnic, Eruwa used to be Satellite Campus of the Polytechnic, Ibadan since 1981. The campus was given autonomy in 2014 and was named the Ibarapa Polytechnic, Eruwa. It was later named after late Eeuwa-born billionaire and father of the current Speaker of the Oyo State House of Assembly, Rt. Hon. Adebo Ogundoyin.