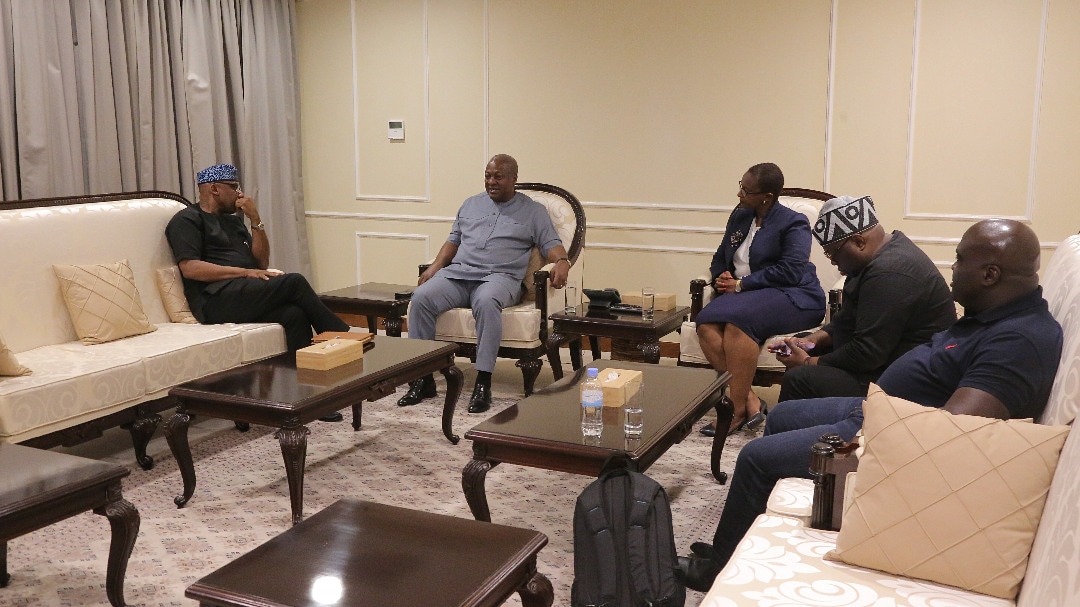 It was an array of stars last week at Oriental Hotel, Victoria Island, in Lagos, as media guru, Bashorun Dele Momudu, celebrated his 59th birthday in grand style. Bob Dee, as he’s popularly called is one of the biggest media personalities in Nigeria. His 59th birthday celebration was witnessed by top personalities, celebrities, captains of industries and the creme-de-la-creme in the society as they all stormed the new wing 4th floor, Skyline Terrace Hall, inside the Prestigious Lagos Hotel (Oriental Hotel) to celebrate an icon in the journalism industry.

The event was scheduled for 5 pm but started much later, it started around 9 pm with melodious songs by the DJ. Shortly after, the compere of the event, Gbenga Adeyinka asked all guests to come inside the well-decorated hall.

If you haven’t seen Gbenga Adeyinka in the last few months, then you need this information. The talented comedian can now be compared to an athlete; as he has trimmed down. He can easily pass for a 25-year-old footballer because of his sporty physique.

He was the compere of the event and Tee A, also played a few parts.

Dr Reuben Abati is one of the most talented journalists in Nigeria. He was at the venue to celebrate one of their own in the industry. He came there with his beautiful wife.

He was asked to moderate the session when the ex-Ghana President, John Dramani Mahama was called on the podium to talk about his experience as former President of Ghana.

The birthday was not just about Bob Dee, it was also an avenue to celebrate one of Africa’s finest Presidents.

The former Ghanaian President said, he got to know the celebrator when he (Dele Momodu) came to Ghana for an exile many years ago.

He also said Bashorun Dele Momodu supported his presidential ambition even before he became the President of Ghana, as he would always write articles to support him.

He said further that, even when he lost the recent election, he was there to lift up his spirit, as he took him down to Nigeria to go round, just to lift his spirit.

Dr Reuben Abati also described Bashorun Dele Momodu as a true and loyal friend; someone who will never let you down.

This amiable woman is the founder of Love of Christ Generation C&S Church in Clapham, London. She shares a very good relationship with the celebrator, Bashorun Dele Momodu.

The elegant prophetess recounted how he met the celebrator, through Biodun Pasede, who came to his church in London and told him about Dele Momodu, a few years back.

Dele Momodu said when he woke up in the morning and looked back, how he lost his father when he was just 13 years old, he couldn’t but wept.

He said, he came to Lagos in 1988 and he was jobless. The celebrator said he fought poverty with passion.

On his Instagram handle, he said a lot there… “Eniyan Lasoo’Mi…” on my 59th birthday, this morning, a theme struck me about my life and so many things it has pleased God to do for me… Eniyan Lasoo’Mi.

This may be difficult to translate but it simply means I have been richly blessed (robed) with good people around me, whether family or friends. The goodwill I continue to enjoy is unbelievable and I wish to thank you all that God has sent my way. Despite my imperfections, you love me unconditionally. You support me, unquestionably. You shower me with your prayers, undoubtedly. On behalf of my family, I say thank you. You know yourself and God definitely knows you. May joy abundant never depart your homes”, he concluded.