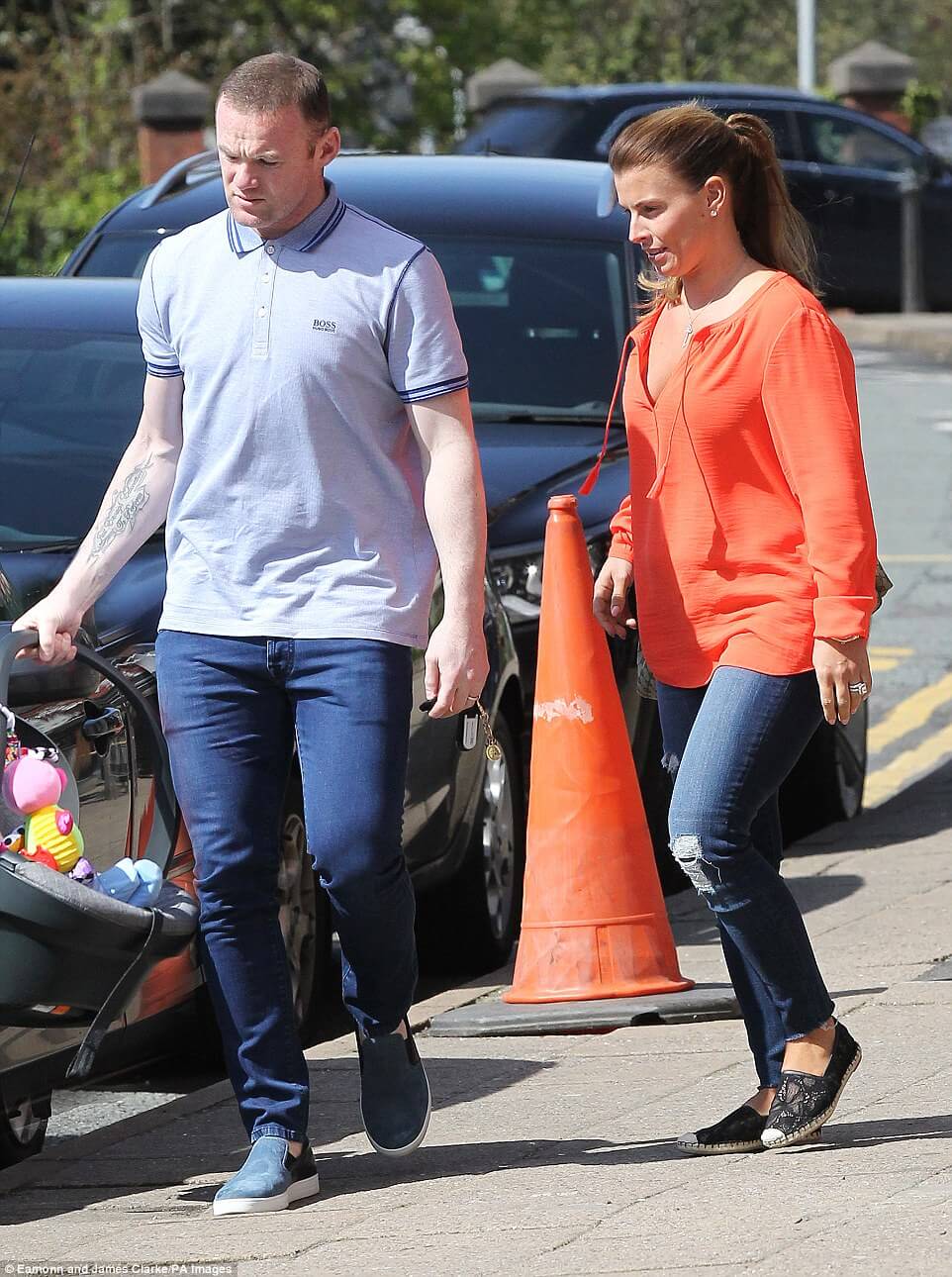 Wayne Rooney is fighting for his marriage today after his wife Coleen fled their £6million mansion following a showdown over claims he ‘kissed and cuddled’ another woman on a night out before being arrested, Dailymail has reported.
It was gathered that Rooney had a fling with the former prostitute including an alleged threesome. Coleen, 31, who is pregnant with their fourth child, is believed to have confronted her husband Wayne over his drink driving charge and night out with mother-of-one Laura Simpson, 29, and told him: ‘The world is laughing at me because of you.’
Mrs Rooney, who has been with her husband of nine years since they were 16 and stood by him when he was caught using prostitutes, is said to have broken down, yelling: ‘How could you do this to me while I’m pregnant? How could you be so stupid?’
Miss Simpson, a single mother of one, from Irlam, near Manchester, told MailOnline that she would have slept with Rooney if he had not been arrested behind the wheel of her VW Beetle car in the early hours of Friday morning.
Coleen’s and the couple’s three sons are staying at the home of her parents Colette and Tony McLoughlin in Liverpool, leaving Rooney at their £6million mansion in Prestbury, Cheshire.
Mrs Rooney’s family are said to be refusing to talk to Wayne because she fears their children will be taunted at school this week over his drunken liaison with another woman.
According to one friend, Coleen feels her marriage is ‘over’ while Everton ace Wayne ‘doesn’t know what to do with himself’.
Wayne Rooney is said to have told friends he fears that his marriage could be over after the events of Thursday night and the early hours of Friday.
After a night out with friends including former Manchester United teammate Wes Brown, Everton striker Rooney left The Symposium nightclub in Wilmslow, Cheshire, with Laura Simpson at 1.30am on Friday.
They took a taxi to pick up her convertible Beetle parked less than a mile away. Miss Simpson said Rooney drove because he was less intoxicated, but he was reportedly three times the drink-drive limit when police stopped the car. Rooney, 31, was charged with drink driving and will appear in court later this month. How Our Common Friends Turned BISMID &...