NBC fined Jay FM, a Jos radio station, the sum of N100,000 for “persistently” airing songs which it considers “vulgar and indecent”.

In reaction, Falz said the regulatory body should expect more songs that are deemed vulgar.

“I swear, plenty vulgar on the way,” the artiste said. 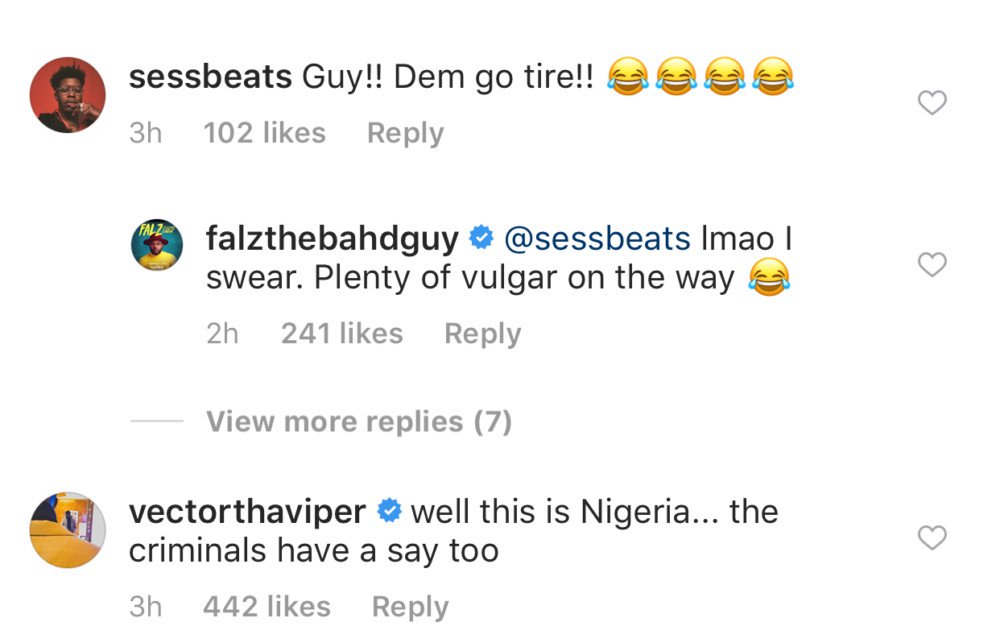 He also shared the letter of the NBC on his Instagram page alongside a cheeky caption.

“‘This is Nigeria, look how we living now, everybody be criminal’ is apparently a vulgar line,” he wrote.

“This is Nigeria. Look how we living now, everybody be criminal” is apparently a vulgar line ??

Other songs listed in the letter as songs not to be aired include Wande Coal’s ‘Iskaba’ and Olamide’s ‘See Mary, See Jesus’.

A few Nigerian celebrities expressed their dismay at NBC’s clampdown.

“Sometimes this country is a vulgar line,” Simi said.

“Jokers! They can’t stop the movement from being televised,” Kemi Adetiba, a filmmaker, also said.

READ ALSO: THE CHALLENGE OF COWERING DOWN OR STANDING UP TO BUHARI – THE CURIOUS CASE OF GODSWILL AKPABIO