Home Sports Fellaini Injured, Out For A Month
Sports 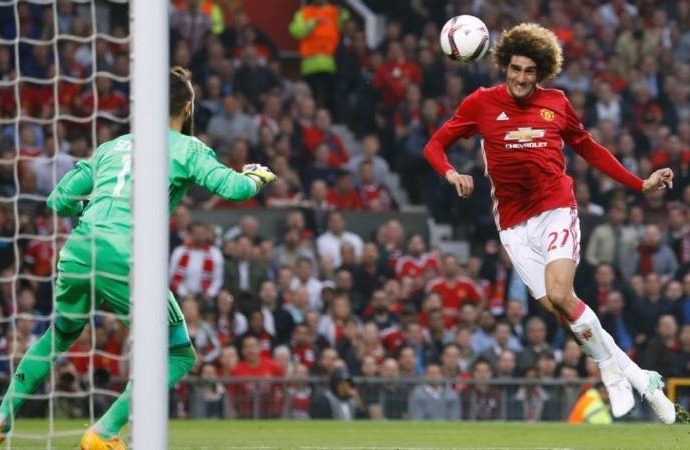 Manchester United midfielder Marouane Fellaini will be out for “three or four weeks” with a calf injury, says interim boss Ole Gunnar Solskjaer.

The Belgian – who has played just 31 minutes in six games under Solskjaer – suffered the injury in training.

However, Alexis Sanchez is likely to be fit for Saturday’s game against Brighton at Old Trafford after missing the victory at Tottenham last weekend.

“It is sad,” Solskjaer said of Fellaini’s injury.

“There are X factors in different players and we all know Felli’s X factor and he’ll be working hard to get back in.”

Solskjaer also said there were a couple of “niggles” for other players in the squad but added it was normal for this “point of the season”.

“Chris (Smalling) and Marcos (Rojo) have just started running lightly so they’re not fit yet,” he said.

“Alexis has trained all week so hopefully he’ll be available, and Felli is the long-term one that’s out. He’ll be out for a few weeks.”

Fellaini Injured, Out For A Month was last modified: January 18th, 2019 by Damilare Salami