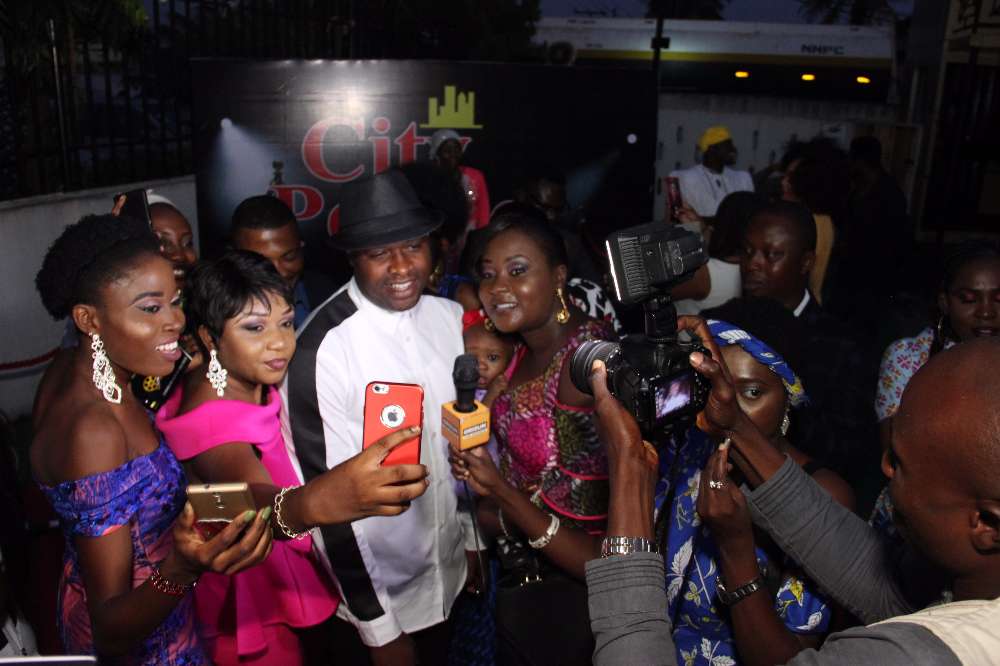 Recall that a few months ago, precisely in September, 2017, City People was the first to report that star actor, Femi Adebayo, was set to shoot the return of Jelili, which will be in a cinema standard celluloid and it will cost him nothing less than N25, 000,000. The Lawyer- turned-actor, who is also a Commissioner in Kwara State, has commenced the shooting of the project.

Right now, he is in location with the likes of stand-up comedian, Gbenga Adeyinka, Oga Bello, Dele Odule, Desmond Eliot, Jemila and many others. He entitled the movie: “Survival of Jelili”. The location is in Ibadan, Oyo State.