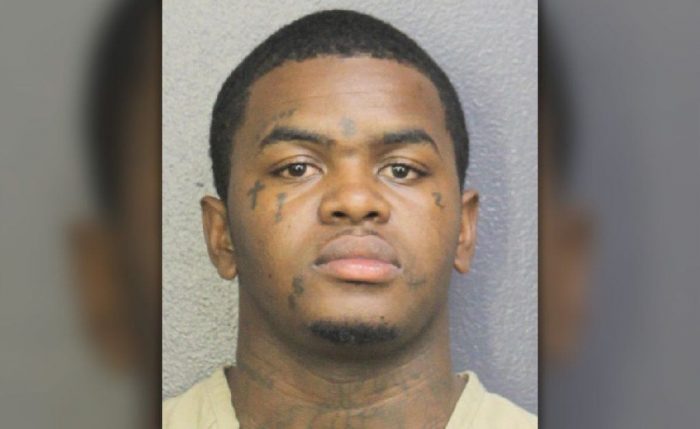 A 22-year-old tattoo artist, Dedrick Devonshay Williams, aka Tattoman Chuckie, has been arrested in connection with the murder of rapper, XXXTentacion.

The 20-year-old rapper was shot and killed outside a motorsports store in Deerfield Beach, Fla, on Monday afternoon after two armed suspects approached him.

”At least one of the suspects fired a gun and struck the rapper before fleeing in a dark-colored S.U.V. Mr. Onfroy was transported to a local hospital. Just after 5:30 p.m., the authorities said that he had been pronounced dead.

“There were multiple shots fired as the victim was called a trauma patient. Witnesses allegedly told police a Louis Vuitton bag was taken from Onfroy’s vehicle by the two black men wearing hoodies who shot at him,” the local Broward Sheriff’s Office confirmed to TMZ.