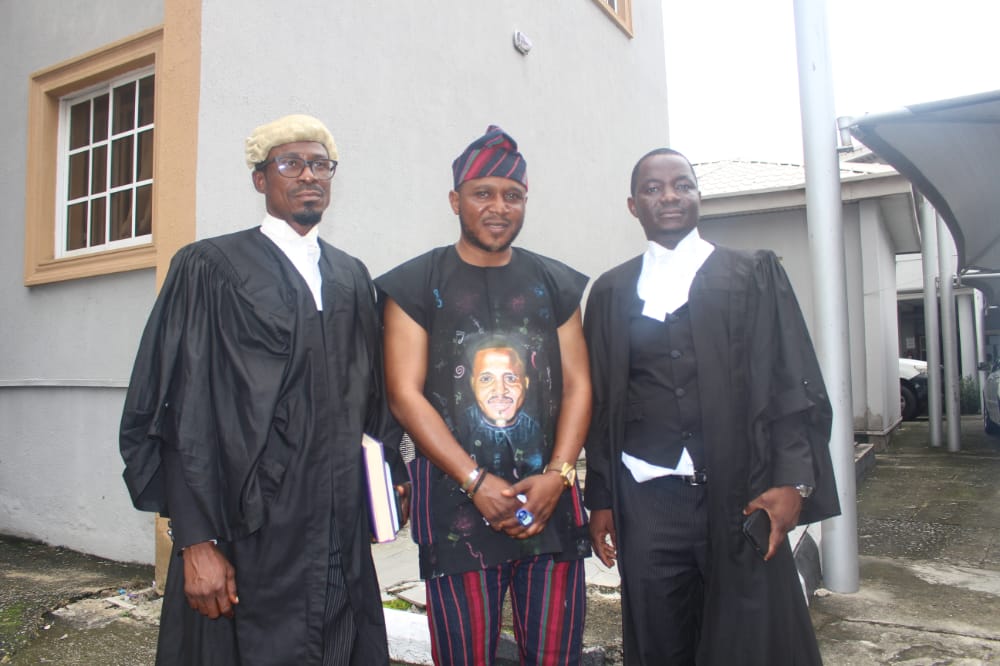 A Federal High Court in Lagos on 9th July 2021 has fined some telecommunication companies the sum of N2 million over copyright infringement in favour of a Fuji musician, Okiki Bright for his musical work, Gbagbe Boshe Sele.

The court resolved that Okiki Bright and Oritsefemi are not co-owners of the song “Gbagbe Boshe sele” saying featuring Oritsefemi in a song does not make Oritsafemi a co-owner of the said song.

The Plaintiff in his suit filed by his counsel, Alayo Akanbi prayed the court to declare him as the exclusive owner and original composer of the musical work titled Gbagbe Boshe Sele, and that unauthorised use of his song as caller tune by the firms for commercial exploit without his authority amounts to an infringement on his copyright to the musical work.

Okiki Bright equally asked for monetary damages cumulatively against the defendants for infringing on his intellectual property.

In his statement of claim, the plaintiff averred that he paid the star Artiste, Oritsefemi Majemite Ekele to feature in his song in order to get more acceptability and that he was still working on promoting his song when people drew his attention to the fact that his song was now on caller tunes of the companies.

Justice Oweibo awarded general and exemplary damages in the sum of N2 million and cost of N500, 000 each against the companies and in favour of the Plaintiff.

While speaking with counsel to Okiki Bright, Alayo Akanbi commended the judge for a well-researched and sound judgment and said that the judgment will go long way to discourage intellectual property theft and wished that court should have awarded greater punitive damages against the Defendants as a deterrent.

On his part, Okiki Bright said the judge has passed the judgment in his favour but he was surprised about the award of damages in the meager sum of N2 million and that the amount cannot cater for his expenses since 2017 when the case started. In his words, ‘I am going to consult my lawyer on my next course of action’.