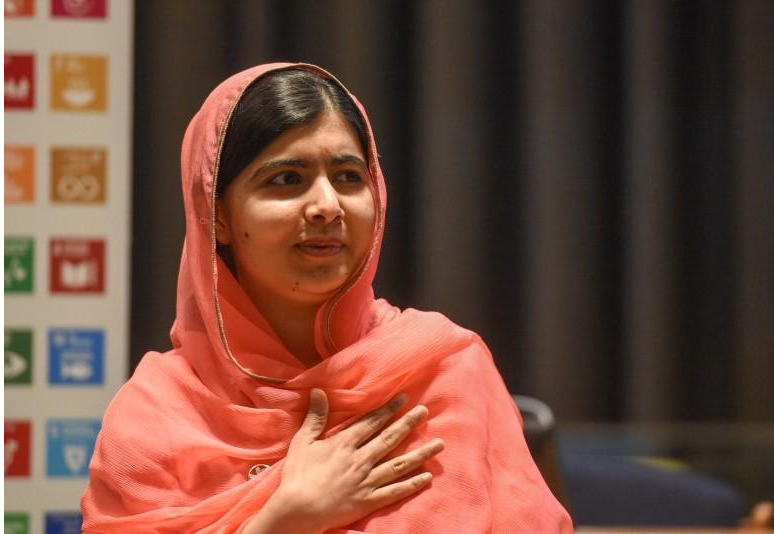 Nobel laureate Malala Yousafzai on Monday advised Nigeria to focus on improving its education system.
She made this statement during a visit to Abuja, Nigeria’s capital city.
Nigeria has been plagued with under-development, a country where nearly half of primary-aged children are not enrolled in school.
Africa’s most populous country has some 10 million children of school age who do not attend, government figures state. Primary school enrolment is just 54 percent.
Yousafzai, a Pakistani education activist who came to prominence when a Taliban gunman shot her in the head in 2012, was named a U.N. Messenger of Peace in April to promote girls’ education. She has become a regular speaker on the global stage.
Addressing journalists in the capital Abuja after a meeting with the acting president, Yousafzai said the government should declare a “state of emergency on education in Nigeria”.
“They are happy to work more on education. We are also happy to hear positive response from the minister as well in ensuring that education is prioritised,” she said, adding that spending on education at a federal and state level should be made public.
Nigeria’s presidency did not immediately comment on the suggestions.
Yousafzai has also campaigned to maintain awareness of the more than 200 schoolgirls who were abducted in 2014 from their secondary school by Islamist militant group Boko Haram, whose name means “Western education is forbidden” in the Hausa language spoken widely in northern Nigeria.
Of the 270 girls originally kidnapped by the group, around 60 have escaped and more than 100 have been released. But around 100 more are still believed to be in captivity.
Yousafzai met some of the released girls in Abuja earlier on Monday, whom she described as being healthy. She appealed for the release of those who are still being held.
The Boko Haram insurgency, aimed at creating an Islamic caliphate in northeastern Nigeria, has killed more than 20,000 people and displaced more than 2 million since 2009.

MTN Foundation Calls for Entries for the...