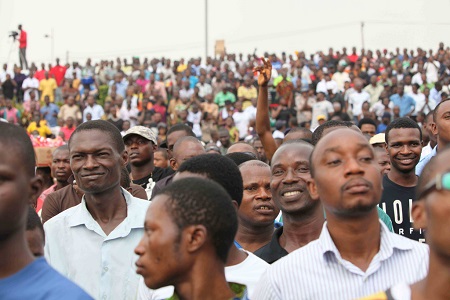 Welcome Year 2018. The whole world looks up to you for greater peace, justice, development, unity and joy among others. It is my prayer that our dear country, Nigeria, share in these expectations.

In fact, Nigerians deserve to enjoy good and standard living conditions, democratic governance, equity and liberty for their unbelievable tolerance and long – drawn hope which successive governments (military and civilian) have always promised, at each election year. 2019, is another General Election year. This year 2018 is, therefore, a ‘boarding gate’ to the General Election year, which we (innocent voters, youths and non-partisan technocrats etc) shall be regaled with flowery campaign promises, unimaginable project deliveries etc from our old and new public office seekers.

This piece, or shall I say admonition, emanates from me whenever General Elections approach in Nigeria. It is my humble warning bell to office seekers in particular and voters in general. Without being immodest, new entrants into the wonderland called Nigerian political space, who adhered to my advice, have always sent me “thank you for your warning” after their return, oftentimes worsted, from the furnace of chop – I – chop political tomfoolery. Here we go again, before desperate merchants, masquerading as saviours of the people start assailing us with worn-out, empty promises and cajoling.

It is a note of warning to would-be aspirants (and incumbents) for political offices at Local Government, State and Federal levels and those Nigerians (and they are many) who live on politics.

My admonitions are being repeated here because as the race for the 2019 general elections in the country hots up, those innocent, or shall I say patriotic, citizens willing to join (or continue to participate) in the peculiar Nigerian version of politics / democracy need to look well and tread the slippery paths of their avocation (politics) very well. Past incidents are songs of caution to them to be wary. Its not only money/materials that are usually consumed senselessly, lives are also wasted unnecessarily too.

My main targets  are those new entrants into the political space, who taking their cues from political science theories, the Western world democracies and the Awolowo – Azikiwe – Adelabu – Ahmadu Bello legacies that they be wary and note very well the wise saying of Fela Anikulapo – Kuti in one of his philosophical albums that “Bi o ba wa oko ni London (UK) ati New York (USA),  wa sese wa ko ti wa nibi (Nigeria)” Translated to mean that driving etiquette in the UK or USA is quite alien in Nigeria. Same applies to politics. The above title is a universal cliché when breakfast, lunch or dinner is ready for human consumption. This cliché is also quite apt now for those Nigerian professionals who make their fortunes when politics, especially campaigns, hot up- what with the forthcoming governorship elections in Ekiti and Osun States, and the general elections next year.

With due modesty, I should know the beneficiaries of campaigns and elections, as the (oldest) grandchild of the late Mama Asmau Odunola Alabi of Ekerin Ajengbe clan in Ibadan, the Women Leader of the defunct NCNC in the 1950s in Ibadan under the leadership of the late “Lion of the West” Adegoke Adelabu, a.k.a. “Penkelemesi”, I was also the reporter of the NTV, (now NTA) Ibadan Network Centre who covered the 1979 general elections in Iwo ( then in old Oyo state) and Akure, capital of the old Ondo State; press secretary to four former governors of old Oyo State, starting with the late Chief ‘Bola Ige a.k.a. the “Cicero of Esa – Oke” and general – secretary of the MKO Dynamic Group in 1993. And as lawyers say, he/she who asserts must prove. I believe I have made my point concerning veracity as a witness to politics in Nigeria.

This piece is actually intended to caution the “paymasters / mistresses”, that is contestants, especially new entrants, to tread softly, softly in the areas of expenditures and nominations. If they don’t apply their sixth sense (emotional intelligence) they may not only lose their money, but others dear things! God forbid. And as a guide to avoid pitfalls, I hereby recall my review of the book “Baptism of Fire” authored by Mr. Olufemi Ogunsanwo, ex-King’s College, Lagos, ex-Oxford, UK, ex-Columbia, USA. He distinguished himself as a journalist at the Daily Times, later in the finance sector, but almost got his fingers burnt while attempting to be a politician!

The book launch was held at the Premier Hotel, Ibadan, Oyo State on Friday, May 7, 2010. Despite the fact that Mr. Ogunsanwo’s assignment (the book review) by me was secured for him by our respected senior, Mr. Felix A. Adenaike, under 48 hours, the appreciative audience gave me a standing ovation! And what an “iwuri” (encouragement) as I accepted to review the book pro bono! Please enjoy it.           Autobiographies are generally described as “ego trips down memory lane”. “Baptism  of fire” by Olufemi Ogunsanwo does not fall into that category.

Those Nigerians, and foreigners alike who, some three decades ago, were regular cinema-goers before cinemas became extinct in Nigeria, would remember a popular American film titled “Our Man Flint” starring James Coubourn and others. A flint is a hard kind of stone that strikes fire with steel. “Baptism of fire” by Mr. Ogunsanwo describes exactly a man (that is the author) who has gone through the Nigerian political hell fire to become a flintstone. Born on 13th  February, 1951 the author recollects his childhood, education, adulthood, adventure, high and low points and future ambition. In his foreword to the book, Professor Ekundayo Simpson, a former Professor of French language at the University of Lagos and Commissioner for Education in Lagos State, described  the book as “a well-written piece of prose that does not beat about the bush”. I concur with the professor’s summation. The title of the book, ‘Baptism of fire’, derives from chapter 7 of the book, where the author describes in details his sad and rough exposure to politics and how he resisted the urge to follow the crowd and the crooked path in getting to office in 1997-99. It was not a happy event in the main. Mr. Ogunsanwo agrees that “one of the justifications for writing a memoir is the desire to preserve one’s accomplishments in life and put them in perspective for posterity” – that is, if the story is worth telling, inspirational, positive, and above all, true.

Many memoirs are not only vain glorious, but best of ‘fabus’ i.e embellished and cooked-up tales. “Baptism of fire” does not belong to that ugly class. It is a true recount of the childhood, education, adulthood and experience of a first class brain, journalist, financier, politician and adventurer. The author says that in writing the book, he emulated Gibbon, an Oxonian who wrote his personal history in 1814 in captivating prose, while he was inspired to write the book on Chief Obafemi Awolowo by his politics lecturer at Oxford, Dr. Kenneth Morgan’s book, ‘Lloyd George’, on a former British Prime Minister of the same name.

The author’s main purpose for writing the book, he says is to inspire others, mainly the younger ones, to aspire to lofty but simple goals in life. His life is worthy of emulation, I must mention.

His personal agenda when he left school was to become a competent news reporter and political editor. He learnt his trade in the USA and modelled his career after, and wanted to be like, Time Magazine’s Washington Editor, Hugh Sidley, who in seventeen years prior to his retirement in 1990 had assessed six American Presidents in books and wrote a famous column, ‘The Presidency’, for his magazine. *** To be continued *** 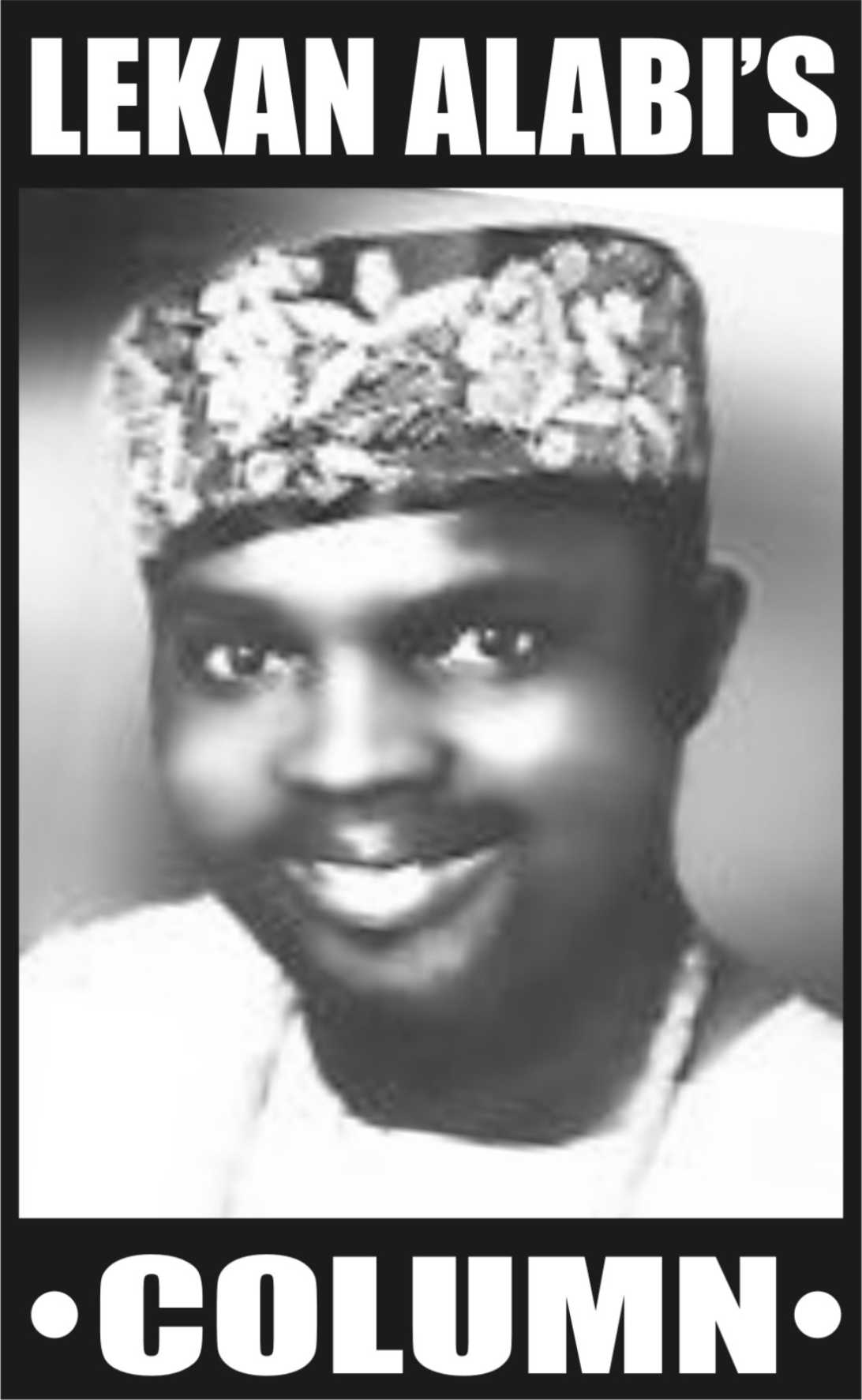