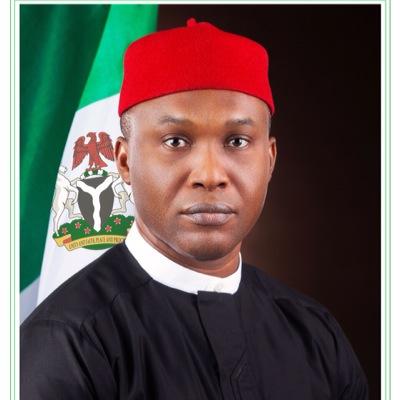 A former Minister of Aviation, Osita Chidoka, has joined the race in the Anambra governor election, slated for November 18.

He told a consultative meeting of the Peoples Democratic Party at Otuocha, near Awka, on Monday that his desire to run for the position was to serve the people.

The former Corps Marshal of the Federal Road Safety Corps said he was ready to serve his people in any capacity.

“I am ready to serve the people in any capacity even as a counselor because no position is too small or big for me as long as it is service to the people.

“Since my youth service years, I have been involved in volunteer service; so the driving motive for this ambition is to serve the people of the state,” Mr. Chidoka said.

According to him, time has come for the PDP to take over power in Anambra.

He said the issue of zoning, propounded by APGA, would not be considered by PDP in fielding a candidate.

Also speaking, the PDP Chairman in the Local Government, Thompson Chikezie, said that Mr. Chidoka’s visit was to intimate the people of his desire to contest the election.

“Chidoka’s visit shows the type of leader he will be if elected as governor. Any good leader aspiring to public office should always take recourse to the grassroots.

“He is courageous for coming to the Local Government of the incumbent governor.”