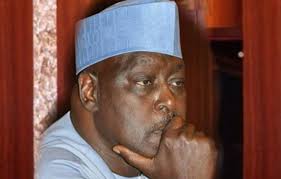 A Federal High Court sitting in Abuja has granted N50 million bail to former Secretary to the Government of the Federation, Babachir Lawal.

Lawal who was sacked by President Buhari in October 2017 over alleged misappropriation of funds meant for IDPs, was arraigned before the court by the EFCC yesterday February 12th. Babachir pleaded not guilty to the 10-count charges against him. The court ordered for them to be remanded in EFCC custody pendeing the determination of his bail application.

The court also ordered Babachir and the two others must deposit their international passport with the court and also remain in EFCC custody pending the fulfillment of their bail conditions.

The case was adjourned till March 18th.