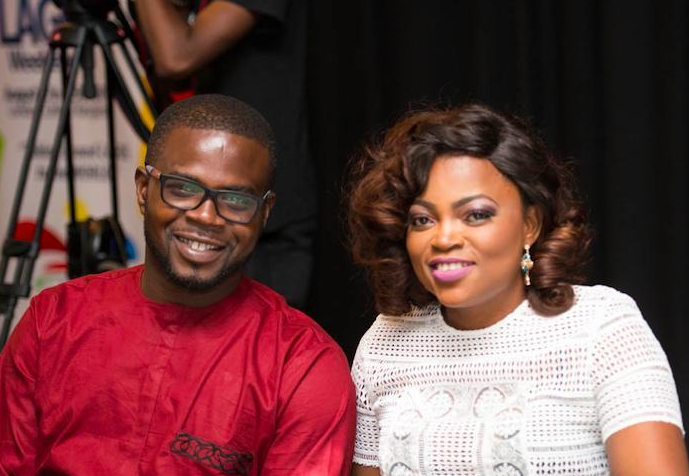 Nigerian singer and producer Abdul Rasheed Bello, better known as JJC Skillz, has shared an adorable photo of his family in anticipation of year 2020.

The singer took to his social media page on Monday to flaunt the picture of himself alongside Funke Akindele, his wife, and their twins.

He also expressed his love for his “sweetheart”.

“Forward forever backwards never Bellos May our vision be 20/20 in 2020. Amen @funkejenifaakindele Love you,” he wrote on Instagram.

The picture is ostensibly a way of showing the family’s excitement for ending what has been a mixed year as well as appreciating God for the new year.

In 2016, Akindele and her husband got married in London. The union was blessed with a set of twins in December 2018.

Before JJC Skillz, Akindele was formerly married to Kehinde Almaroof Oloyede; the union was dissolved after a year due to what she described as “irreconcilable differences”.

The actress, known to keep her affairs private, once said it is more beneficial “to keep matters of the heart close to the heart”.