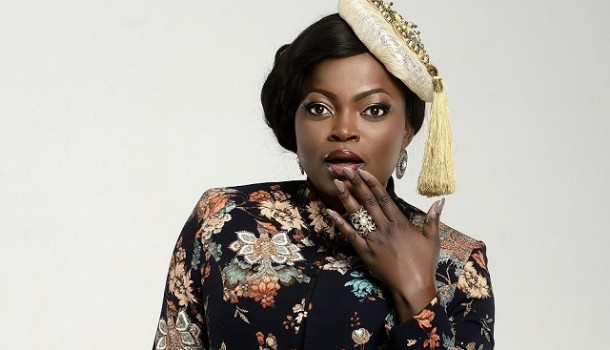 On Saturday, January 13, 2017, Akindele’s name no longer appeared on the Marvel Comics movie’s IMDb page. Avengers: Infinity War also does not appear on the actress’ IMDb page as well.

This sudden development is coming a few days after the Internet went wild when Nigerians ‘discovered’ that the Nollywood actress was listed among the full cast of the movie on IMDb.

The actress was listed as a member of Dora Milaje, the personal bodyguards of the Black Panther, recruited from every tribe of Wakanda. Her IMDb page had also listed the movie as one of the films the actress has appeared in.

Pulse reached out to Akindele and her publicist for a statement on the trending story but got no response. Also, the actress neither confirmed nor denied the story via any of her social media platforms.

Akindele was initially listed alongside other cast of the movies, including Chris Evans, Chris Hemsworth, Robert Downey Jr, Scarlet Johannson among others.

UPDATE: Funke Akindele’s name has been removed from the film’s IMDb page. Was this studio-engineered “fake news” designed to drum up interest in the film among Nigerian audiences?

I knew it when funke Akindele did not acknowledge the receipt of your appreciation tweets towards her inclusion in the avengers that something was amiss.

It's funny some of you were so happy funke akindele's name was removed from avengers cast. Like we're from another country and we're beefing Nigerians or something. Why so happy tho?

Conspiracy theory,
Bubu bribed Imdb to put Funke Akindele up so that Nigerians would forget the Fulani herdsmen killings.??