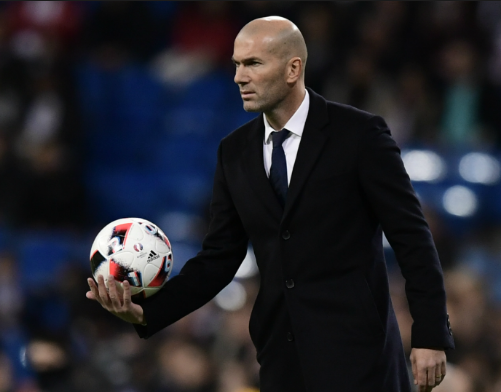 Zinedine Zidane has angrily attacked claims of a “Real Madrid robbery” in their dramatic and controversial Champions League quarter-final victory over Juventus on Wednesday night.

The Blancos were given a stoppage-time penalty that has divided football fans over whether it was deserved, which Cristiano Ronaldo scored following Gianluigi Buffon’s red card for protesting the decision.

Zidane, whose Madrid side drew Bayern Munich in the next stage of the competition on Friday, thinks some of the vitriolic reaction has been excessive and questioned the motives of those who have .

“I don’t mind if people give their opinions about the penalty,” he told reporters on Saturday afternoon. “But I’m angry with the robbery accusations.

“People are upset with our achievements. There are people who are anti-Real Madrid.

“But nobody is going to change the history of the biggest club in the world. They can say or write what they want.

“It’s not normal, all this debate around the penalty. It’s all too much.”

When asked about criticism from Giorgio Chiellini, Gianluigi Buffon, Pep Guardiola and Arturo Vidal, Zidane suggested that a “negative obsession” is distorting the conversation about who deserved a spot in the last four the competition alongside Liverpool, Bayern and Roma.

“Well, everybody can defend their business,” he continued. “But you can’t talk about a robbery.

“There’s a kind of negative obsession with us. We can’t be the best after the Juventus home game and then be the ones who robbed them.”

Jupp Heynckes’ side now stand between the reigning champions and third successive final, and the French coach is anticipating a tough challenge against this season’s Bundesliga winners.

“Bayern are better this season,” Zidane added. “This season it will be harder than ever against them.

“James Rodriguez will come with an extra motivation. He’s having a great season. Our chances of knocking out Bayern is 50/50.”

Real Madrid are back in action on Sunday against Malaga in La Liga and return to European football on Wednesday April 25 with a trip to the Allianz Arena.