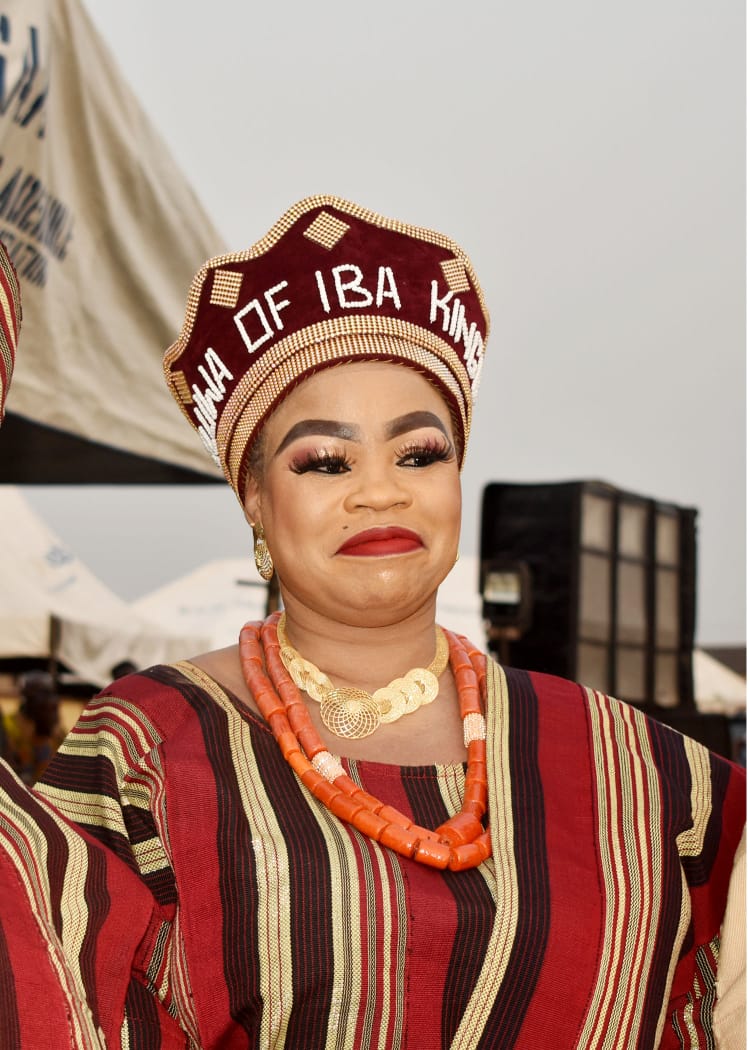 There is an exclusive ladies club in Lagos that is making waves right now. It has, as members, very beautiful and accomplished ladies of Style.

Last weekend, they had a big event in Lagos. It was at Oniba of Iba Town. It was part of the very first anniversary of the King, Oniba of Iba town, which was a festival of colour.
At the event, many society women looked colourful and they stepped up their fashion game. They looked classy in the eye-catching attires, matched with luxury jewellery.
It was held on Saturday, December 11, 2021, at the Local Area Primary school field behind the royal palace of Oniba of Iba.

The event was one of its kind. It was a memorable one as no age grade wanted to be left out of the Glitz and Glamour that follow the event of the day. The Age Grade groups popularly known as Regberegbes all came out to steal the show. Their guests were not also left out of the Glam look which preceded the colourful event.

Beyond expectations, many age grades were dressed in unique beautiful attires while many female celebrity women made fashion statements in their uniformed attire. One thing that stood one special club, the Gbobaniyi Diamond Ladies Club Oniba Ekun, out is the fact that they rocked matching shoes, matching jewellery, same make-up and same headgear, and locally made matching hand fans as they all came out to display and dance amidst singing and drumming.

The various clubs came out one after the other to sing, dance and pay homage to the paramount ruler of Iba land, HRH Oba Sulaimon Adeshina Raji Ashade 1, the Oniba Ekun Palace, Iba town.

As early as a few minutes past 10 am, that day, the whole pavilion was filled with beautiful women who set the tone for the event. One of those whose fashion statements wowed many at the event was the newly installed Yeyeluwa of Ibatown, Olori Azeezat Abisola Elegushi.
She is a beautiful lady by all standards. She is very stylish too. She looked stunning that day. She walked into the entrance a few minutes past 9 am, sitting pretty in a luxury chocolate Aso Oke adorned with beautiful 18carat Gold.

While many were busy admiring Olori Azeezat Abisola Elegushi, her members equally looked as elegant for the occasion. The newly installed Yeyeluwa of Ibatown looked so ravishing and glamourous that all her moves were captured by paparazzi. She was a cynosure of all eyes, and her royal gesture reflected in the way that her club members carry themselves. The exhibited class and culture cannot be matched by any other club.

So, let’s take you through how many clubs dazzled at the 2021 Iba regeberegbe outing. For many of them, it was not just about what they wore, their choice of jewellery also mattered. It took many of them over 10 months to decide on what to wear, where to buy the fabric from, which jewellery to choose and shoes to match.

As for Gbobaniyi Diamond ladies, they stood out and looked so radiant in their attires. They were the very first set of clubs that came early to the arena.

Their outfits were a complete match from the headgear to the shoes. They are one female group that many haven’t stopped talking about.

During the club parade, Egbe Gbobaniyi Diamond Ladies Club Oniba Ekun stuns the entire arena with an outstanding display of Iba culture and pastime. They danced to the front and distributed the traditional delicacy of Iba from over 400 years, Bean cake and crab. They also presented original and undiluted palm wine.

Iconic Fuji maestro, Shefiu Alao mounted the stage later in the evening and turned the entire event into a dance arena.