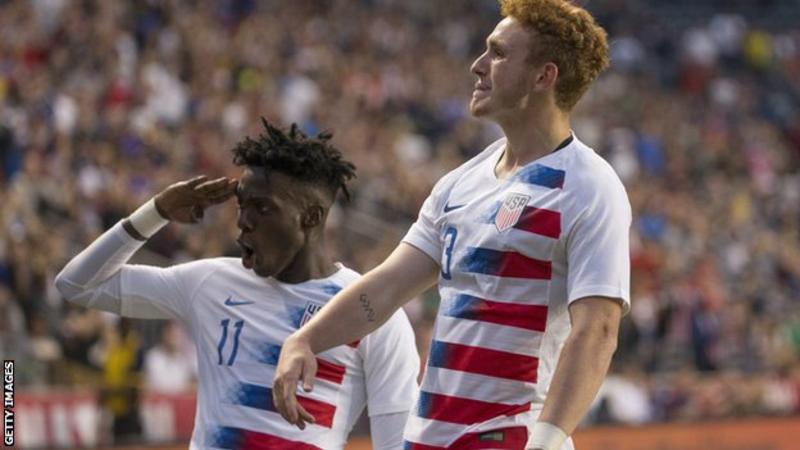 Weah, 18, who was born in New York, struck 59 minutes into the friendly at Philadelphia’s Talen Energy Stadium.

Sargent, 18, made it 2-0 after Walker Zimmerman gave the US a half-time lead.

Weah, who has played three league games for PSG, previously represented the US in the Under-17 World Cup and made his senior debut as a late substitute during a friendly win over Paraguay in March.

His goal came seven minutes after Sargent, who is yet to make his professional debut for German side Werder Bremen, pounced on a blunder by Bolivia goalkeeper Guillermo Viscarra to score on his international debut.

Earlier, centre-back Zimmerman, 25, headed the US into a 37th-minute lead, powering in his first international goal from a Joe Corona corner.

Everton’s 20-year-old defender Antonee Robinson, who has an American father, also made his US debut in a starting line-up with an average age of 22 years and 160 days.

Sarachan replaced Bruce Arena in October, after the US failed to qualify for the World Cup.

George Weah – who also played for Manchester City and Chelsea – is now the president of Liberia.

George Weah’s Son, Timothy Scores On His Full International Debut For US was last modified: May 29th, 2018 by Damilare Salami