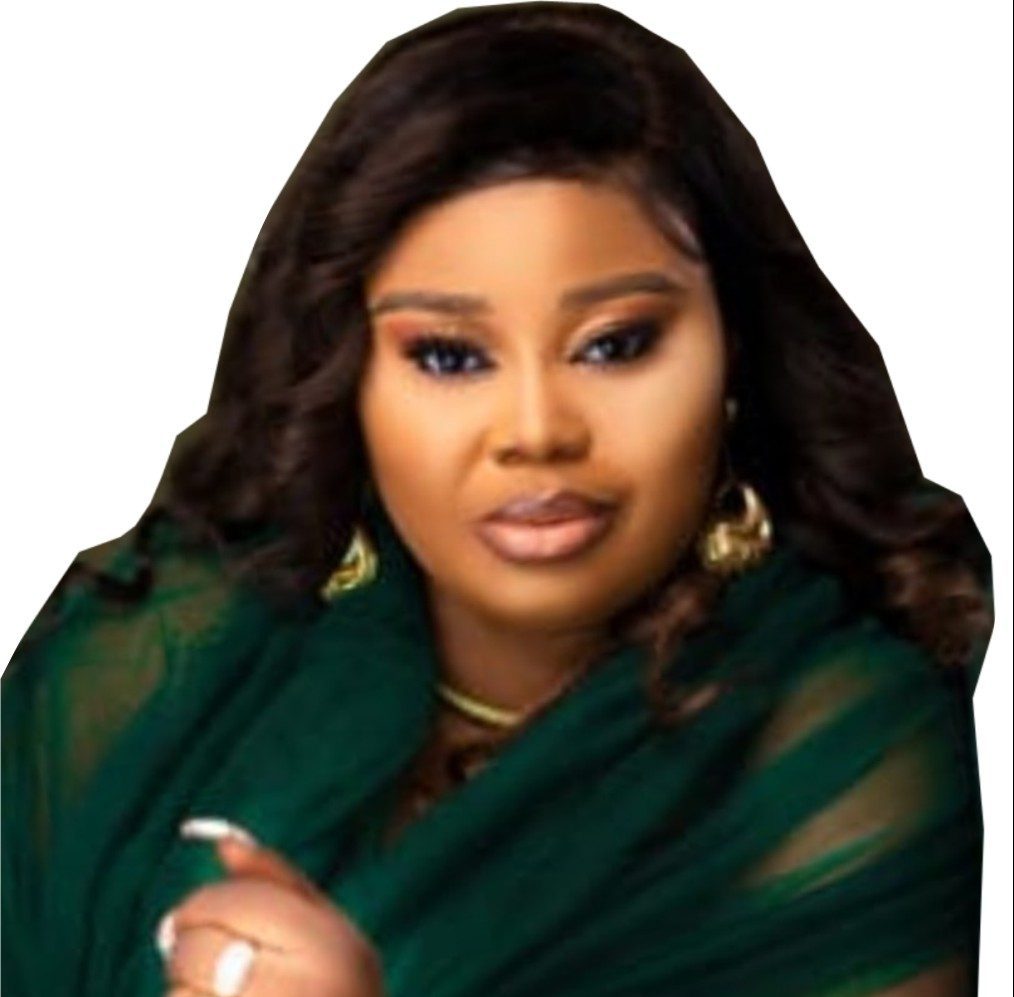 There are birthday parties and concerts where a lot of people eat, drink and party. In fact, birthdays are always special such that many celebrants spend so much to mark their big days. But for Mrs Stella Ajulo, the Celebrity Time Out CEO, it was an experience that many people may not have till they breathe their last.

Mrs Ajulo is not just a big fan of gospel music in Nigeria; she is one of the biggest sponsors in that industry. Details gathered by City People at the event revealed that she is a pillar of support in the gospel music industry today. As a matter of fact, there are just few gospel artistes she has not assisted either through her platform, Celebrity Time Out or other means like financial support, album sponsorship, studio session payments, album launch and otherwise.

Little wonder there was a huge turn up for her on the day she clocked 44. On Monday, March 14, 2022, about 15 established and fast-rising gospel artistes gathered at the LG Studios in Lekki Lagos, to hold a superlative studio performance for this beautiful mother of 2 who turned 44. What started like nothing was really going to happen ended up becoming a huge concert with gospel artistes trooping in from Ibada, Akure, Abeokuta and other parts of the country.

City People’s Brands Editor, DAMILARE SALAMI (08155134152) and Head of Photography Unit, FEMI ADELEKE were present at the event and here are some of the interesting gists at the event, enjoy.

ONE EVENT, MANY CAKES

One thing that differentiated the event from a regular studio concert was the presentation of gifts done by some of the gospel artistes and the few guests that came around. City People counted about four different birthday cakes that were presented to the celebrant. One of the guests spotted with a cake to gift Stella was Dayo Amusa.

Anyone who knows Stella Ajuo would hardly believe her age. She obviously looks younger than her real age. On her birthday, she was looking all smart, peng and beautiful. She wore two different outfits. The first was a shiny black gown. After some ministrations, she changed into a white attire that gave her an angelic look on her big day.

MEET AN 11-YEAR OLD KID WITH A BIG VOICE

Feranmi Golden Angel is an 11-year-old gospel singer with a big voice. Hearing her from afar, no one would believe that the singer is just 11 years old. She was the first to open the event with her ministration and she did it in a big way. At the end of her worship session, the celebrant, Mrs Stella Ajulo’s eyes were already teary. She ministered for about 15 minutes but it was an impactful session. She left all the guests in the studio awed.

LAOLU GBENJO WITH A BANGER

If there’s a gospel musician who needs no introduction in Nigeria today, it is Laolu Gbenjo. Popularly known as LG, this hefty looking singer is a voice that commands respect in the industry. Having carved a niche for himself with his dynamic fusion, Laolu became a mega superstar during the COVID-19 pandemic when a lot of people were crying for help. He already has a lot of songs to his credit and everyone knows what he is capable of delivering. However, when he took over the microphone, the atmosphere completely changed. His time was quite short but it was energetic, the experience was awesome and his ministration was spiritual. The celebrant was more than grateful; she was short of words while describing the kind of friend Laolu Gbenjo has been to her.

ADEYINKA ALASEYORI IN ANOTHER REALM

Adeyinka Akinyemi popularly referred to as Adeyinka Alaseyori is an accountant by profession and a Gospel music minister by virtue of God’s calling over her life. She is a spontaneous worshipper who has about three albums to her credit while she can boast of many singles. She came to the stage with a different anointing entirely. The Arojinle crooner while describing the celebrant called her a big sister and giver who has been supporting many of these artiste in the gospel music industry.

TOLUWANI SINGS CAME ALL THE FROM IBADAN

Olayemi Bayonile Bolaji popularly known as Toluwani Sings hails from Osun State. He is a staunch gospel singer that bears upon him the passion to convert the recalcitrant through his gift. Toluwani sings in a dynamic in his way of singing and the way he uses his voice to sing praises to God. The Ibadan based talent came all the way to storm the LG studio in Lagos; all for Mrs Ajulo who was full of accolades for him.

Not many people only know Dayo Amusa to be a fantastic actress. However, on her friend, Stella Ajulo’s birthday, a lot of people saw that she is a complete entertainer. She is not just an actress but also a great singer with a soul-lifting voice. She was one of the special guests at the event but just as Pelumi Living Praise was concluding her ministration, she handed over the microphone to Dayo Amusa who delivered for a couple minutes without any error. She revealed that singing is in-born for her and that she does it professionally too.

Asabi Akewi came on board with a completely different genre and vibe. Asabi is an oral poet and a panegyric singer in the gospel way. She sings the panegyrics of her creator and that is a niche that is covered only by a few people. Her costumes already sold her off. She came in a well-beaded African traditional attire already sold her out but what oozed out of her throat was something very exceptional and out of this world.

POPULAR AKURE BASED SINGER, ATELE WITH THE ENERGY

Atele is a tall, dark and handsome gospel singer from Akure. He landed in Lagos just to celebrate his friend and benefactor who has been a strong pillar of support to his ministry. Atele is a dynamic worship leader whose secret lifestyle of worship came to the fore after yielding the call of God to lead people into his presence via worship. When he stormed the studio, the people were less expectant but by the time he rounded off his ministration, the story had completely changed.

This report would not be complete if the mention is not made of popular Oyinmomo crooner, Deborah Ajayi and her running mate, Apeke Ola. They both made statements at the studio with their independent ministrations. It was an awesome moment praising God almost all day for the life of a woman with a heart of gold. Worthy of mention also was Sola Adesina whose instrumental reminded the people of the ever-young Pastor Kunle Ajayi of the Redeemed Christian Church of God. Sola Adesina is a promising saxophonist who uses the woodwind instrument to turn the heart of men to God, his creator.

WHAT ABOUT OLA BEST?

Ola Best was the icing on the cake at the event. He wrapped up all the performances with a scintillating tungba gospel right there in the studio. During his performance, all the artistes who had earlier performed came together to dance to the glory of God. It was time well spent in the presence of God.

READ ALSO: HOW I GOT MY STAGE NAME ADEYINKA ALASEYORI

How I Got My Stage Name ADEYINKA ALASEYORI

Who Has A Higher Risk Of Heart Attack? – Dr FOLASADE ALLI Reveals A Lot