Home News What if we give our first fruits to our parents? Uti Nwachuckwu stirs debate on IG
News 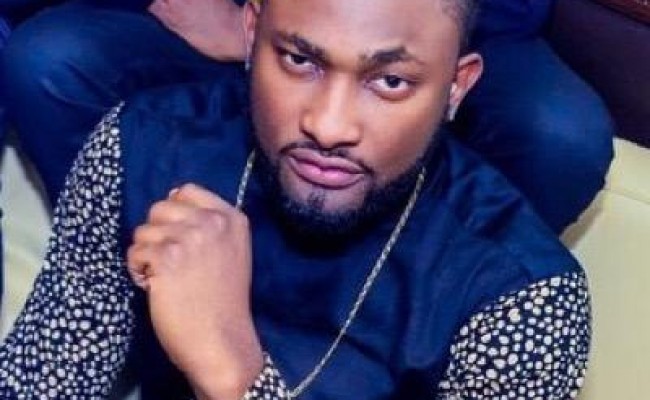 Winner of Big Brother Africa season 5, actor and model, Uti Nwachukwu is asking an interesting question about tithing on his social media pages. 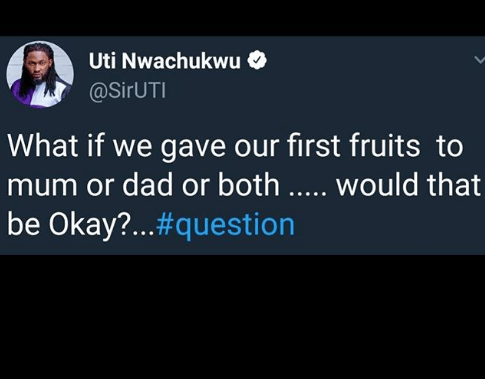 He wants to know if first fruits and tithes paid to church can be given to parents instead. He wrote

“ALSO OUR TITHEs…..what if we gave them to our PARENTS ALSO…….I really want to rub minds with deep thinking mature Individuals, becauses this has been on my mind. Let’s have those who are for it give Valid reasons and those who are not for it also give valid reasons …WITHOUT CONDEMNATION/INSULTS /JUDGEMENTAL WORDS…Thanks guys. ..????????”

Since controversial Cool FM OAP, Daddy Freeze started teaching his followers about tithing and slamming some pastors for enriching themselves with it, lots of people have paid attention to it.

According to the Pastor, Ufuoma Benard, he has stopped collecting the usual 10 percent.

He made a public announcement where he made it known that his decision is because of his knowledge of Bible and Daddy Freeze.

“After one month of poring through the Bible and critically examining both sides of the arguments for and against TITHING I publicly repent for receiving tithes. I am convinced Daddy Freeze is right. No more tithing in my ministry.”

Freeze was reacting to Suleman’s declaration that he has increased his tithe from 10% to 30%.

The OAP said he was now referred to as a Satan for holding his ground on the issue of tithing by pastors, while maintaining that 30% tithe payment had no basis in Christianity.

“Satan should go and die is now the new biblical defense for tithing?

“The association of Nigerian Theologians, according to ‘The Point’ newspaper, published on the 20th of November 2017, declared that Christians should not pay tithe.

“I will say that paying 30% tithe has NO basis in Christianity, but you can prove me wrong, by showing me one bible verse where our new High priest under the order of Melchizedek, Jesus, paid tithe, or where the disciples, our first pastors and GOs, paid 30% tithes.

“Now, unto other unrelated matters, that’s how one guy said one gov will die in 2 weeks and the gov is still hale and hearty, nearly 2 years later!”

What if we give our first fruits to our parents? Uti Nwachuckwu stirs debate on IG was last modified: January 19th, 2018 by Igbokwe John