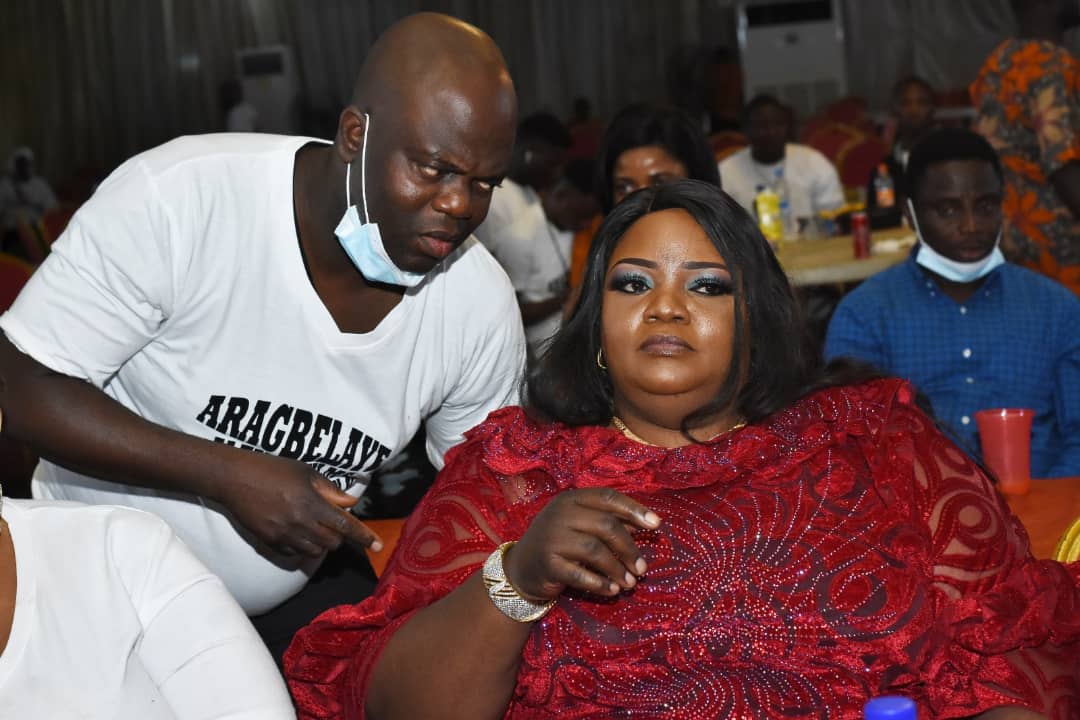 Popular London-based movie production outfit, Alexes films had a glamorous premiere of the much-anticipated movie “Aragbelaye” on Sunday 16th May, 2021 at the classy Eko FM Marquee Hall in the heart of Agidingbi in Ikeja.
The movie “Aragbelaye” has been the talk of the town since its production as many lovers of Yoruba movies home and abroad had been on the lookout for the due date it would finally be premiered and made available in the market.

The event was star-studded as many top movie star actors and actresses were in attendance to be part of the glamorous show organized by the ever industrious CEO of Alexes Promotions, Omobolanle Olatishe. They include star actresses like Jaiye Kuti, Bisi Ibidapo-Obe, Titilola Osinowo, and popular entrepreneur like Madam Radek, CB Gold from Manchester in the UK, Entrepreneur, Mrs. Ronke; a close friend to Alexes, Lara Olukotun and many more.

Also worthy of note among the male celebrities at the event were popular Mr. Olaoye from the US, Actor Adams Kehinde known widely as Legelege Miami, Peace Officer Mr. Baoku Moses, and Pretty Dazzles.
Babatunde Bernard aka Baba Tee & MC Sugar jointly anchored the show with their hilarious and thrilling comedy.

Adding fun and glitz to the event was the scintillating performance of Fuji music icon; Wasiu Alabi Pasuma popularly called Oganla of Fuji. Everyone at the event had a feel of his music as they all put on their dancing shoes to flow with the veteran.
Also performing on stage were a popular Ilorin-based Juju musician, Bola White and emerging hip-hop revelations, the Oganla Twins each gave good account of themselves on stage making the event a night to remember.

Glitz and Glamour As Alexes Films Premieres The Movie “Aragbelaye” was last modified: May 18th, 2021 by Jamiu Abubakar