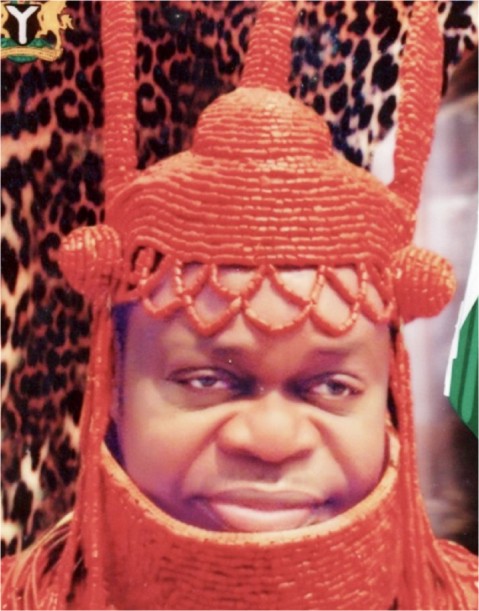 The longest-serving Nigeria’s First-Class monarch, King Chukumela Nnam Obi II Eze Oba of Ogbaland, Rivers State, has died after celebrating his 80th birthday and 50th anniversary on the throne in 2020. The paramount ruler was crowned on 19th of December 1970, while he was born on November 20th, 1940.

His crude oil and gas rich kingdom plays host to multinational oil companies, which include Nigerian Agip Oil Company-NAOC, TotalFinaElf and others, which started operation in area since 1962.

His kingdom during his reign, was one of the most peaceful as he brought honour and dignity to his kingdom. He was Chairman of the Rivers State Council of Traditional Rulers for so many years as he was appointed Pro-Chancellor of Federal University of Technology, Owerri Imo state after which he was also nominated as Pro-Chancellor of Federal University of Technology, Akure Ondo State. He was the Grand Patron of Nigerian Union of Journalists and was instrumental to the building Nigerian Union of Journalists Press center in Owerri capital of Imo state during the military administration of the late Navy Commodore Amadi Ikwechigh. The late Eze Oba of Ogbaland was a pioneer President of traditional Rulers of Oil Mineral Producing Communities of Nigeria-TROMPCON and three terms Chairman of Rivers State Council of traditional Rulers. He died on Saturday, 1st of May, 2021. In his life time, he received National Merit award of Honours of Officer Order of Niger-OON and that of Distinguished Service Star of Rivers State-DSSR.

Since the announcement of his death, there has been outpouring of condolences coming from prominent citizens across Nigeria and overseas including that of Brother Felix Obuah, the Sole Administrator Rivers State Waste Management Agency, and a former Chairman of Peoples Democratic Party-PDP Rivers state Chapter observed that the late monarch’s 50 years reign “was replete with positive transformational changes, characterized by peace, unity, progress and stability in his kingdom. Oba Chukumela Nnam Obi II would be missed not only by his beloved people of Ogba kingdom but Rivers State and Nigeria as a whole because of his wisdom and unrivaled sense of humour which, according to him, was legendary. As the custodian of the Ogba culture and the symbol of the traditional authority, the Oba fully realized that leadership is a trust that must not be betrayed. Hence, he was never an arm-chair traditional ruler waiting for his people to pay him homage on daily basis”.

Immediately he concluded the announcement of the death of Eze Oba of Ogbaland! His Eminence Chukumela Nnam Obi II, before the presence of Royal House and Ogba traditional Council of Chiefs, crown Prince Barrister Nwachukwu who, according to traditional setting in Ogbaland, has been directed to go into seclusion, pending his being officially crowned and presented with Staff of office by Rivers state governor in accordance with the extant laws of traditional institutions in the state given that the stool of Eze Oba of Ogbaland is a First Class stool in Rivers State.