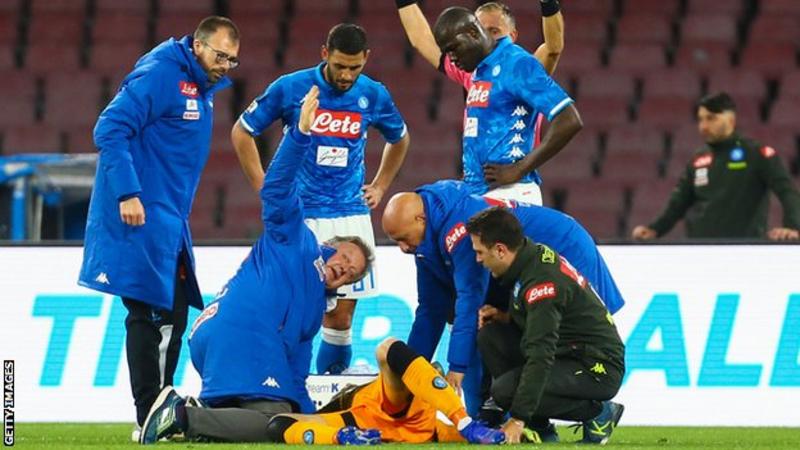 Arsenal goalkeeper David Ospina was taken to hospital after collapsing during Napoli’s Serie A match against Udinese on Sunday.

The Colombian, on a season-long loan at Napoli, sustained a blow to the head when he collided with Ignacio Pussetto early in the match.

He then fell to the ground shortly before the break after Udinese levelled at 2-2 having been 2-0 down.

The 30-year-old received treatment before he was brought off the field.

Napoli, who beat Udinese 4-2, later released a statement revealing that Ospina would remain in hospital overnight under observation.

Coach Carlo Ancelotti said: “Fortunately it’s nothing serious, he’s conscious. They did a CAT scan that is negative.”

Ospina signed for the Gunners in July 2014 but has only made 27 league appearances for the Premier League side.

He joined Napoli on a season-long loan deal in August 2018.