Home Politics Why I Am Going To The House Of Reps In 2019, AMUWO ODOFIN LG’s Former Boss, Comrade ADEWALE
Politics 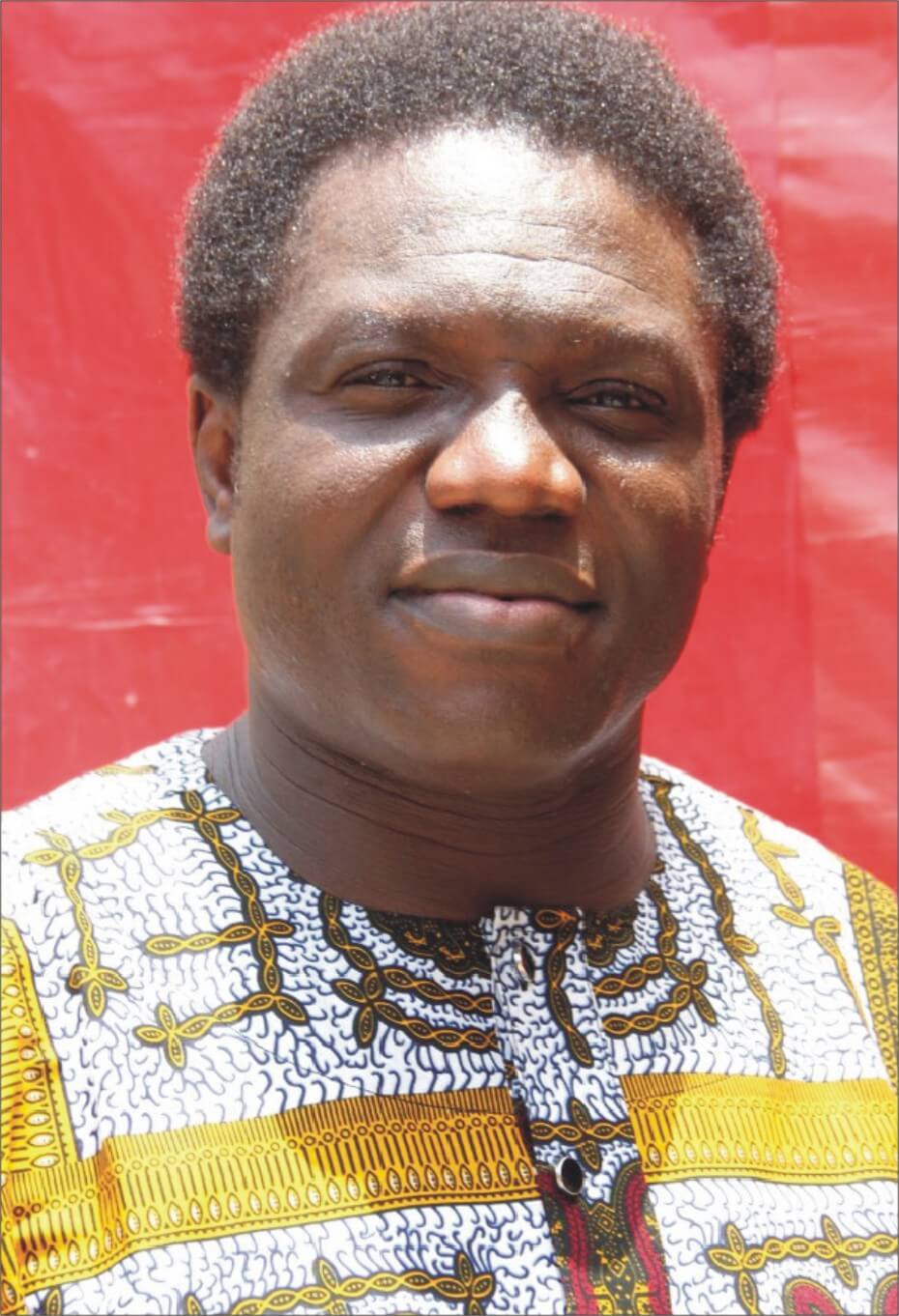 You can’t miss him in the crowd, what with his bushy black hair. He has kept that trademark for decades. It is a trademark of activists. Last week, Comrade Ayodele Adewale was our guest at the City People Political Roundtable summit in Lagos. He came to talk about his amibition and why he has been a great advocate of getting youths involved in politics. He is a good example of that.

Let us quickly rejig your memory. When he came on the political scene several years back, under the wings of former Lagos Governor,  Asiwaju Bola Tinubu, he was very, very young. He was a rookie. He had just finished his NYSC Programme and he joined the office of The SSA on Youths & Students, led by Comrade Olusegun Mayegun.

Don’t forget that he had been an activist since his university days as a frontline student union activist as a 2-term member of the parliament before he rose to become President of LASU Students Union at his 200 level and later PRO of NANS. He also contested the seat of the NANS President.

That was how Adewale became actively involved in several civil society activities during his stay in governors office with the likes of the late Dr. Beko Ransome-Kuti and the late Chief Anthony Enahoro led PRONACO Organisation.

“I refused to contest a seat in House of Reps 4 years ago, he explained, because I wanted to achieve what I put forward at the Pronaco Plenary, in 2006. I believe that the youth should be given an opportunity to define themselves”.

“I also believe that power is not served a la carte. That you have to contest and fight for it.

So, I brought up someone, a 30-year-old, then, to contest the Local Government election and we gave him all the backing that we could, but we were betrayed. So, we went back to the drawing board”.

“In 2006, I posited at the Plenary then that 18 year should be the benchmark into elective office, using the Centre for Defence for Democracy as a platform to present my paper. It took a lot of lobbying before that position was accepted. In the draft constitution of Pronaco, it is enshrined that for the office of the President downwards, an 18 year old can contest. It is the people who will determine whether they want such a person or not. It’s possible to have that in Nigeria. The setback we have always had is the constitution. It has made it become a class struggle. If you look at blue chip companies and other participants in the private sector it is the young people who have been carrying the economy of this country on their shoulders. We have a lot of young people, who are good, but the opportunities for them to come into government have been cut short. But we need the young people. Science has made us understand that when you are 40, particularly women, you start going through menopause”.

“Once you are 40, your brain cells starts dying at an alarming rate. That is why it is very important that the gap is opened for both the old and young. I agree you can have old exceptional people. If the gap is opened, this moneyticking or moneytricking can be reduced. NANS can also be involved”.

“I was the PRO of NANS. If NANS decides to back a candidate he might win. It happened in the UK elections. They had a tie and they had to go into a re-run. It was the student population, particularly in Oxford who gave them that backing. And when the British government now increased the school fees, we saw the reactions of students.

They went very violent. It is possible here for the students to back one person. In the NANS, they have over 40 million members. If they back one person, that person can become the President like in the case of Donald Trump, when the far right thinking rightist in the US would not want a Trump, but of course the other people who think like him, using Twitter, he was able to amass them. And they brought him in. So, politics is a populous game, it is a game of numbers. God forbids, tomorrow, we may have drug addicts or truants deciding to mobilise themselves and they have greater number. It means we are going to have a drug addict and truant at the helms of affairs. It means we must understand the dynamics of numbers.

Now, I have decided to go for the House of Representative seat for so many reasons. One, to put in more voice for the rebirth of a Nigerian Constitution that can guarantee all, because many of our problems in Nigeria today is a constitutional problem.

Second, it will also help build up right frameworks that can bring in partners for develoment more importantly in the areas of infrastructure. It is very appauling when the previous governments said they could not do so many things because they do not have funds. If you understand international politics very well, it is trade by barter. By that I mean I have something, you have something. We can exchange. We can exchange technology. Take the energy sector. We know that in the Scandinavian countries, they have done so well in terms of provision of energy”.

“I see no reason why Nigeria cannot establish or open up a partnership. We can decide to work with Sweden or Denmark or Germany on Energy. We can strike a deal with them to run our Energy over the next 50 years, make your derivatives, give them incentives to come in. They can use Renewable Energy, Green Energy, Wind, Solar Energy to power larger areas. You can also plug the critical sectors of the academia into the deal, like the Engineering faculties in the Polytechnics and Universities. They can help us build capacity to run our energy sector. We need to build the human capacity. I was happy when Bill Gates came in and said we need to do more, to invest in Education. I have always said it that our long term solution to this quagmire that we have is Education. Educate people. Those are things that we are taking to the National Assembly, trying to build legal frameworks that will guarantee our existance”.

“If you don’t have it, investors won’t come. When you go abroad to discuss with investors, what they always want to know is the framework in existence in your country. If they can go to Iraq, Libya, Iran, all these war-torn countries to invest, why can’t they come here to Nigeria to invest? The thing is that we don’t have the right framework. Many of the people who still run our National Assembly, don’t know how to put this framework in place”.

“Beyond just organising training, I have been a leader at the grassroots and I know that most of the training people tend to organise are training that tend to quench the hunger, thirst and just to make money. I challenge the media also”.

“The media should try to push people forward to also come there. Those in the National Assembly should also learn to think outside the box, it’s not just all about how to make laws. I will not just be there as a lawmaker making laws. We have to do more. I am also a civil society person. It is not just enough to make laws we have to work with the Executive and the Civil Society”.

His maternal great-grand father was one of the returnees from Saro Clan, Freetown in Sierra Leone. He came back to Lagos in the 18th century after the colonial adventurers took them away. On arrival, he got married to a very successful business woman, Matilda Ukegbuli Boyo, daughter of the legendary Chief Okoro Boyo Daire of Itsekiri Kingdom.

The Clark  family was blessed with four lovely children, among them was  Ayodele, who was the first and only son of the couple. He was married to Princess Remilekun Damiana Oloto, daughter of Prince Moses Oloto and first grand daughter of King Ajayi Oloto, the Oloto of Otoland in Oyingbo area of Lagos while her mother, Mrs. Christiana Kosiba Quashie Oloto was from Kaita in Ghana.

He started his education at St. Christopher Nursery and Primary School, Lagos, in 1977. In 1979, he attended Universal Primary School 1 (UPE) FESTAC Town, Lagos where he completed his primary education in 1985.

In 1985, he proceeded to Amuwo Odofin Boys High School, Mile 2, Lagos, where he completed his Junior Secondary School, and moved to the prestigious St. Gregory’s College, South-West Ikoyi, for the concluding part of his secondary education, where he obtained his Secondary School Certificate SSC in 1992.

He later gained admission into Lagos State University, Ojo, Lagos in 1997 where he bagged his BSc.(Hon) in Chemistry.

His relationships and early experiences defined and honed his passion and conviction to create a better social and economic environment. He is a believer of Dr. Martin Luther King (Jnr.) active and non-violence civil actions, as well as, the Mahatma Gandhi’s principle of non-violence civil resistance. He has read and imbibed the doctrines of many socio-political icons including Prof. Wole Soyinka, Chief Obafemi Awolowo, Dr. Beko Ransome-Kuti, Chief Gani Fawehinmi, Prof. Jadesola Akande, Asiwaju Bola Ahmed Tinunbu and many other non-violent advocates.

He is committed to bringing social change through advocacy works, capacity building, networking and mass campaign for re-orientation of the Nigerian masses and is focussed on working with youth and women associations.

His guidance and mentorship in this areas was acknowledged by the National Association of Nigerian Students (NANS) that honoured him with an award as An Icon of Humanity/Societal Development 2018 after he left the organisation as its National Public Relations Officer 18 years ago in year 2000.

Why I Am Going To The House Of Reps In 2019, AMUWO ODOFIN LG’s Former Boss, Comrade ADEWALE was last modified: May 7th, 2018 by City People

Why Most Northerners Don’t Trust Igbos