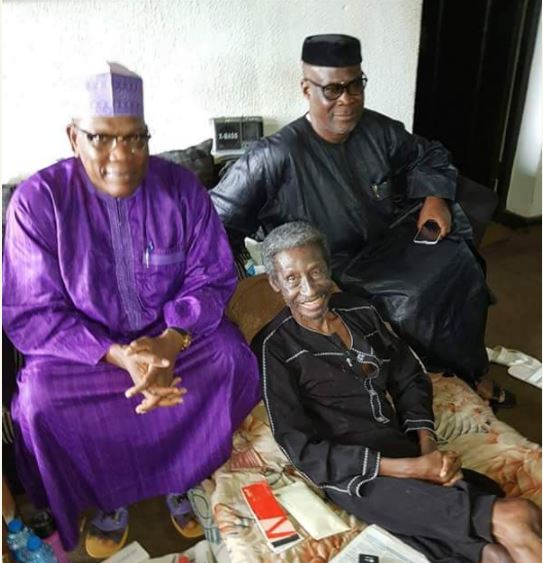 One Max Collins who has been following the treatment process of veteran actor Sadiq Baba has revealed that a Good Samaritan gifted him a sum of N10 million to support his medical treatment.
He penned down this note below with a photo of Sadiq Daba in high spirits:
“I just met with Sadiq Daba in his home. Very high in hope and spirit. Thanking Nigerians for their concern and support. I spoke from there to Soni Irabor, who is coordinating this donation drive.
My friend on a family visit to USA called Sadiq and committed to 10million Naira to make up the fund drive that has reached almost half way its target.
Sadiq has never talked to any newspaper, never disowned his own plight/need.”
Good Samaritan Donates N10 Million to Sick Nollywood Actor, Sadiq Daba was last modified: November 20th, 2017 by Arinze Ago