Home News I Have Learnt A Lot On The Throne, HRM, Oba EBENEZER AKINTUNDE AKINYEMI
News 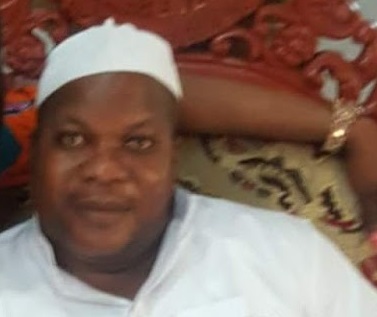 On Sunday 3rd December, 2017 His Royal Majesty, Oba Ebenezer Akintunde Akinyemi, the Eselu of Iselu kingdom will celebrate his 12th Coronation Anniversary. In this chat with City People he reveals his plan for the 12th coronation party and his experience on the throne.

How has it been as the Eselu of Iselu Kingdom for the past 12 years?

To God be the glory. I have been trying to push it since 2005 to date. The traditional institution has the good and bad sides of it. We have been managing to control both the Good and the Bad sides of the institution.

I thank God today that with the little years I have spent on the throne I have learnt a lot. There is no workshop you can attend that will teach you about how to run traditional institutions. You have to learn on the job. It’s just an Encounter and an Experience. That’s what no teacher teaches you in school. Nobody sells it in the market.

The more years you spend on the throne, the more you learn about the traditional institution. Its been cumbersome.

What are the Good sides?

The good sides is when people call you Kabiyesi, Kabiyesi and invite you for programmes. The throne is a very prestigious position. The bad sides is: we are very close to the grassroot and there is no autonomy in the local government. So the effect of it is that the pressure that some of our subjects ought to have been mounting on the local governments they bring to the palace. They always come to you, they expect you to give them money for whatever needs they want. Even the Recession and bad economy we are talking about in Nigeria affects the Kabiyeesis. The Kabiyesis are badly affected. And we have no where to go to.

Some of the issues they bring to the palace have to do with the metaphysical. So it’s about somebody took my wife, or thunderbolt. We get to hear all the kind of cases of husband or wife being diabolical. We handle them. We restore peace at the grassroot level. That is how we have helped the court to be congested with cases of customs and tradition.

How do you plan to celebrate your 12th year’s coronation?

12 years is not easy. So we are celebrating it big. It is not easy. 12 years is not 12 days. Ordinarily we are the successor of Alaketu in Nigeria and the 1st son of Oodua. That’s why I paid a courtesy visit to the Ooni of Ife. That was 4 weeks ago. I spent a night with him in Ife. He is a wonderful person. He is coming for the coronation. We are from that lineage. He is a good man occupying that stool. He is still very young and vibrant. He is a man of vision. He will spend more, more years on the throne.

I have also visited the speaker of the House of Reps too, Hon. Yakubu Dogara recently. He is Special Guest of Honour. He promised to come. We are expecting him, some of our traditional rulers will be coming like my father in law, who is a traditional ruler is coming, like Epe, Kabiyeesi. Rauf Animasaun. We are expecting Osun governor, Ogbeni Rauf Aregbesola to come around, our amiable governor in Ogun State, Gov. Amosun has promised me he will come. I personally wrote a letter to Gov. Ambode because I have a stake in Epe.

I was born and brought up in Epe and I am also married to the daughter of the Oba of Epe.

So, Gov. Ambode is also my in-law. I am expecting him and our friend, friend of the house, friend of the youth K1 is performing. He will entertain my community. So, its going to be a historic event on the 3rd of December. It’s a Sunday.

Can you tell us a bit about Iselu Kingdom?

We are from Ife. The Alaketu migrated from Ife and settled in Ketu-Ile and the Ketu-Ile is part of Yoruba land now in the Republic of Benin. There was the a man in Dahoney. His name is Gezo. He was the successor of Wangala, in Dahomey Kingdom. It was in 1815 that Gezo was fighting for expansion in Dahomey

Kingdom, that he wants to extend his kingdom and there was serious Civil War as at that time. And Alaketu was captured. So, when they had this Anglo Phone agreement between the French and the British colony, the land was divided and Alaketu was captured in Benin. Akaosu, who happened to be our own great grandfather was significant in Nigeria. But we always go to Ketu Ile which happens to be the Alaketu Dynasty to pay him homage.

That is why we always have to pay homage to both the Alaketu and the Oonirisa himself, because we share similar roots and we are part of that Kingdom.

I Have Learnt A Lot On The Throne, HRM, Oba EBENEZER AKINTUNDE AKINYEMI was last modified: November 20th, 2017 by City People

‘My shout of Jesus saved me from...