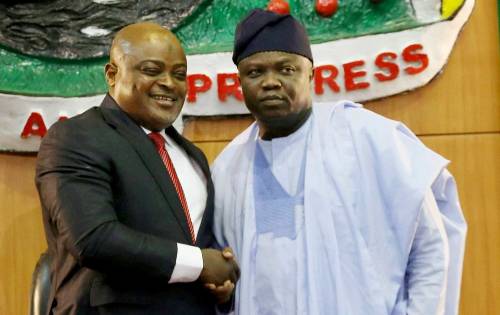 After much controversies, Lagos State Governor, Akinwunmi Ambode on Tuesday presented the 2019 budget of N852.317 billion to the State House of Assembly for approval.

Political squabbles in the Lagos All Progressives Congress, APC, had made the governor to delay the presentation of the budget.

The Assembly has had a running battle with the the governor and threatened to impeach him, but the intervention of the the National leader of the APC, Asiwaju Bola Tinubu saved the day and paved the way for the governor to present the budget on Tuesday.