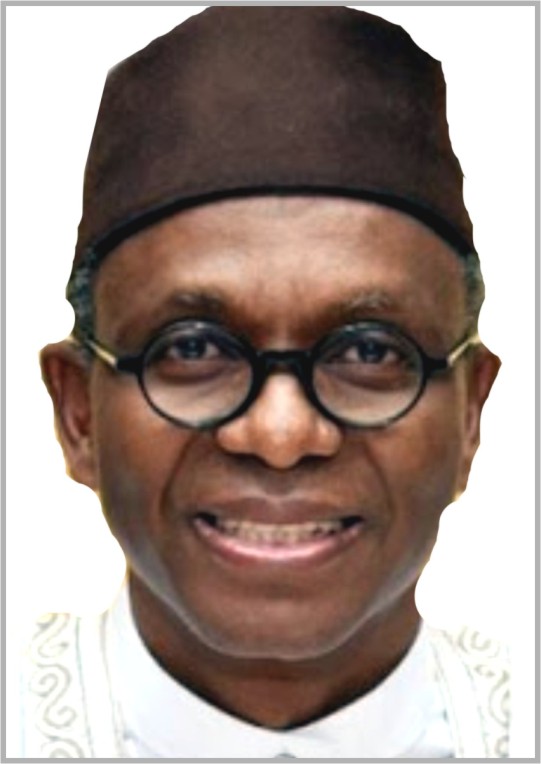 There is no doubt that right now, the most talked about presidential candidate is the APC standard bearer, Asiwaju Bola Ahmed Tinubu. He is always in the news, making headlines every single day. Everything he does comes under great scrutiny. He has millions of supporters who can take a bullet for him, just as he has thousands of haters who can also go to any length to stop him from becoming the next president of the federal Republic of Nigeria. But one thing is very clear though, Asiwaju Bola Ahmed Tinubu, as far as the next presidential elections is concerned, is the man to beat.

And just like the Spokesman for the Tinubu Campaign team, Festus Keyamo (SAN) said in a recent interview, Asiwaju Bola Tinubu is a specific, very easy and straightforward product to sell because he is the most competent, tested and capable candidate among the lot presently jostling to replace President Muhammadu Buhari as the President of Nigeria come 2023. Asiwaju has a track record of achievements, which no other candidate has. Asiwaju’s competence for the job stands out in his famous and outstanding performance as Governor of Lagos between 1999 and 2003. He performed creditably well that he formulated, planned and implemented radical policies that make Lagos an unprecedented leader in progress and development in Nigeria today.

In fact, the position today is that since Asiwaju became Lagos governor, Lagos ceased to compete with Nigerian states but started competing with African nations. What better way to express this competition than the fact that Lagos is today Africa’s fifth largest economy with the potential to grow further with the years?

But, in politics sometimes, it is not straight forward. His achievements as former governor of Lagos State do not guarantee that he will win the coming presidential elections. The votes of the entire Lagosians who will be rooting for him to become president cannot guarantee his victory. You need the numbers to win elections. Democracy, as the saying goes, is a game of numbers. The North has the numbers. It has the preponderance of voters and has always wielded considerable influence on who becomes president in Nigeria with its massive swathe of the politically-sophisticated population. The North is politically adroit and always makes solid and decisive political statements that resound with a loud, united thud in the entire Nigerian landscape. And Asiwaju knows this. More than anyone else, he understands the dynamics of the game and knows that without the north on your side, you have lost the elections even before it takes place. This is why he has taken full advantage of the many bridges he has built over the years to garner support for his presidential aspiration. But the question on the lips of many political pundits has been, will the north hand over power to Bola Tinubu? Is the north ready to relinquish power just yet? Is the north ready to hand over power to a Bola Tinubu many of them fear once he gets to the seat of power he may become a president pandering only to the whims and caprices of the Yoruba while leaving the north out in the cold? These are the palpable fears in the APC camp. They are spoken about in hushed tones and whispers, but the fears are there. And they are real.

It must be said that, going by the way the northern governors stood their ground and insisted power must shift back to the south a few weeks before the APC primaries, in the face of a foisted consensus candidate from the north, then there should be no cause for alarm. But those who know will tell you that in politics, positions and decisions taken change every hour. The critical decisions reached at a meeting in the night could be over ridden in the morning by another possibly manner meeting and that could change so many things and put the chances of a major contender into jeopardy. This why the Tinubu camp is still not going to sleep over the fear of the possibility of the North failing to hand over to a Yoruba man. They fear there is still that small chance the northern political forces could pull the rug from under their feet, get Asiwaju out of the equation and stop him from realizing his presidential ambition. .

As though he was directly addressing these fears, a few days ago, the governor of Kaduna State, Governor Mallam Nasir El-Rufai, while speaking a political gathering, which had the APC presidential candidate and the entire leadership of the APC in attendance, as well as top northern elder statesmen and prominent monarchs, assured Asiwaju Bola Ahmed Tinubu of the north’s resolve to support him to the very end. He urged him to not entertain any fear of possible betrayal from the north, that they are a people whose word is their bond. The governor spoke eloquently and with conviction, leaving no one in doubt as to his sincerity. Hear him:

“When the Northern APC Governors met one Saturday evening and took a position that we insist that in our party, power must rotate to the south, we did so out of the understanding of our sense of history. We always ask ourselves as northern governors, what would Sir Ahmadu Bello do in the circumstances? What would Tafawa Balewa do? What would Aminu Kano do, before we take a position? Because we are the inheritors of that legacy. The 19 northern governors and the minister of FCT are the direct inheritors of Ahmadu Bello, Sar Dauna of Sokoto. We are conscious of that burden of responsibility and that is why when we debate and take positions, we have these illustrious sons of northern Nigeria as our reference points. And we took that position without regard to the interest of some people who insisted that after eight years of president Buhari’s tenure he should be succeeded by yet another northerner. We felt as northern governors that this is not in our character, we are not like that. We are people of honour and justice. This is what our grand fathers did. This is what our parents, some of whom are sitting here, did. It is our duty to protect the sacred word of any northern politician. When we say we will do something, it doesn’t have to be written, we do it and we deliver on it. That’s how we started the process of delivering Bola Ahmed Tinubu. We are confident that with the collective support of all of us, with the directed wisdom of our elders, with the energy of our youths and the compassion of our women in northern Nigeria, we will make Nigeria great again.” He pauses and then directs his speech to the APC standard bearer, “So, Asiwaju, whatever you see here is real, we do not pretend. We have received you because we believe in you and we will continue to do so till the very end until you’re declared the president by the grace of God.”

These very strong words of reassurance from no less a personality than the governor of Kaduna State, Governor Mallam Nasir El-Rufai, will certainly go a long way in calming the nerves of not just the camp of Asiwaju Bola Ahmed Tinubu, but also that of his legion of supporters and followers all over the country. The Jagaban and his team will surely be hoping that the position of Governor El-Rufai and other powerful northern leaders who stand with on this issue will remain same from now till the very end of the presidential election next year.

What Madam FASHADE’s Kids Will Miss About Her

How OMEK Properties Became A BIG Brand In 3 Yrs