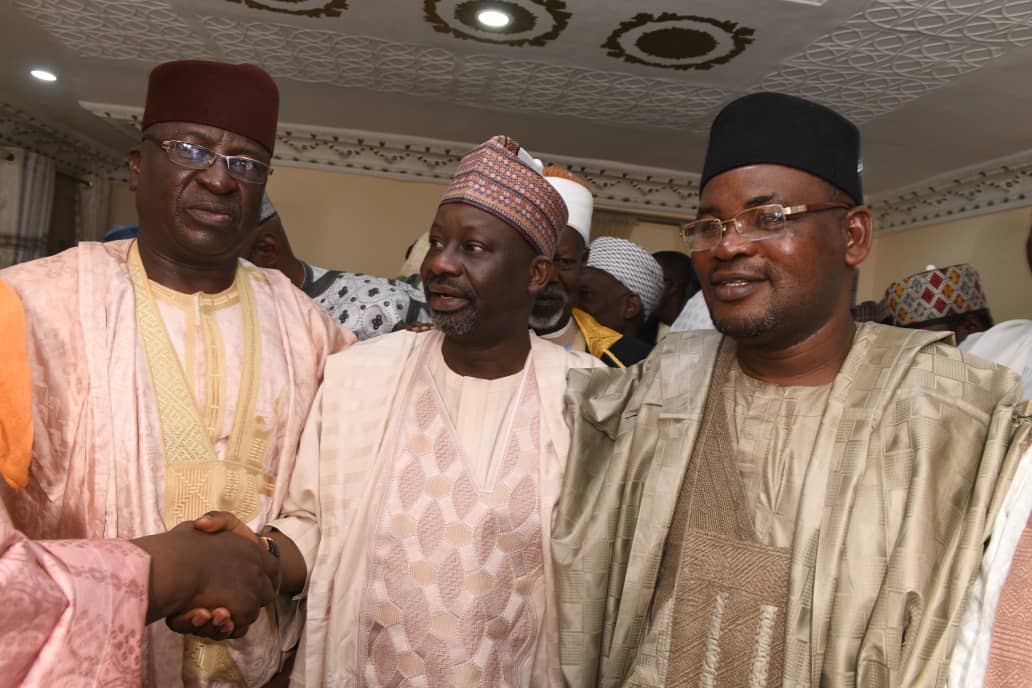 Governor Muhammadu Inuwa Yahaya of Gombe State has felicitated with the former Governor of the state, Alhaji Ibrahim Hassan Dankwambo and Alhaji Shehu Audu Mairiga over the wedding of their children Manir Ibrahim Dankwambo and Ummul- Khair Audu Mairiga which took place in Kaduna.

The Governor who was represented by the Secretary to the State Government Prof. Ibrahim Abubakar Njodi at the wedding fatiha, said it is the wish of every parents to see their children grow to adulthood, especially to a stage of establishing a home.

He congratulated the former Governor for achieving that feat, advising the newly wedded couple to exhibit high level of tolerance and patience which are the Hallmark of a successful married life.