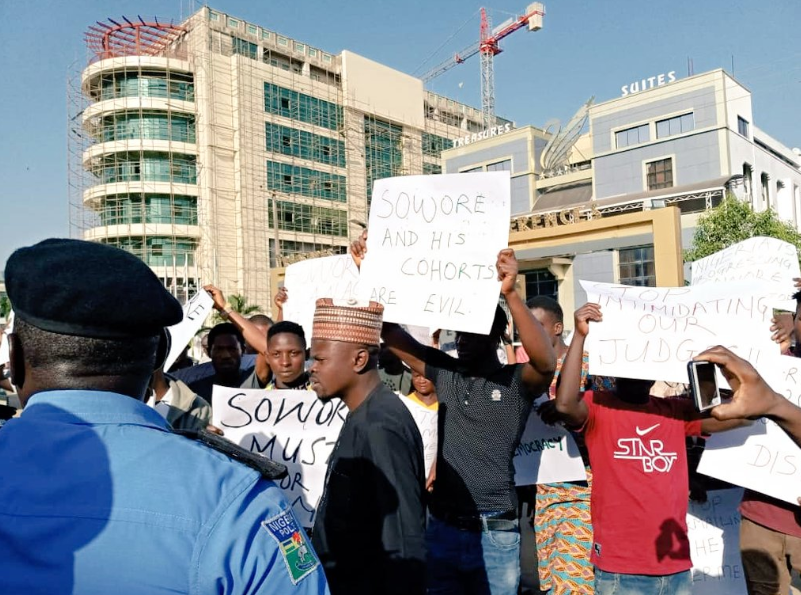 A group of young Nigerians have pledged their solidarity in favour of the DSS, after the rearrest of Sahara Reporters publisher, Omoyele Sowore, as they held a march outside the Federal High court in Abuja today December 6th.

They held various placards with inscriptions such as ”Sowore and his cohorts are evil”, ”Sowore must pay for his sins”.

Recall that Omoyele Sowore was released from detention on Thursday, December 5, 2019, while he was rearrested barely 24 hours later