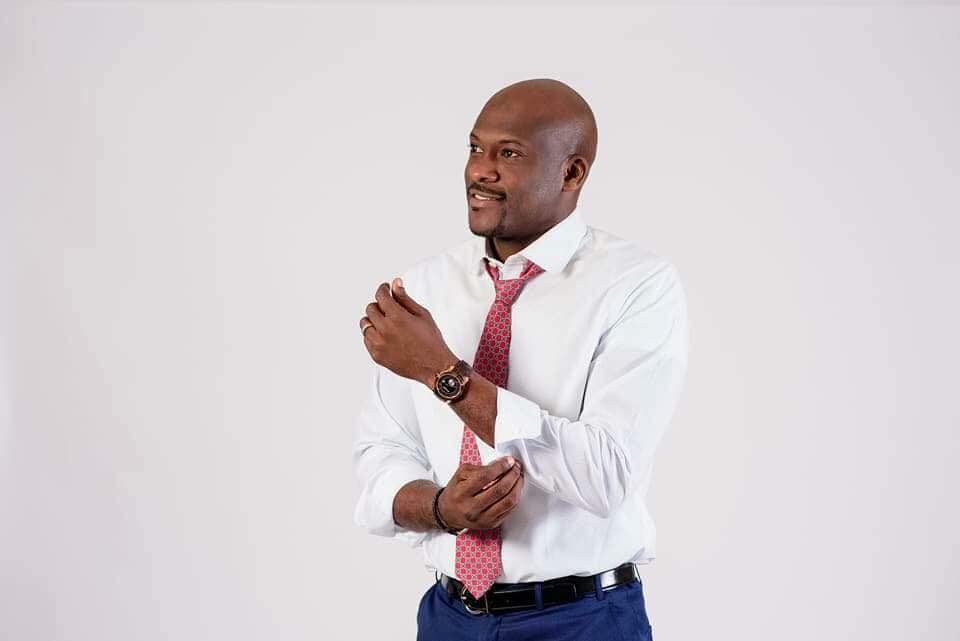 Ibrahim Babajide Obanikoro is the son of popular Lagos politician, Senator Musiliu Obanikoro who is into politics. He is the Lagos APC House of Reps candidate for Eti Osa Federal Constituency. And he is considered by many to be a strong contender for the slot. Of course, what else do you expect from the scion of the old stock. His dad also has always been a very strong politician in Lagos politics.

A few days back, IBO told City People that his going into politics about a decade ago had a lot to do with his dad’s influence. “The fact that I am the son of a politician had its own influence on me,” he explained. “Whilst growing up, a lot of politicians used to come around to the house and their gists, their talks, their conversations, always inspires me. These are the likes of late Ademola Adeniji Adele, (May his Soul Rest in Peace), Demola Seriki, Alhaji Mutiu Are, White Horse (Esin Funfun). They always come around to see my dad then. When we were a lot younger, these were some of the things that inspired me and I kept telling myself that one day, I also want to be like one of these guys, dictating the pace and direction of things in their local governments politically, in Lagos. So, from childhood I have always had that feeling. So, my dad was a great influence in instilling politics”.

He is also reputed to be a big farmer who is the biggest indigenous producer of TILAPIA fish in the country. What made Babajide go into this line of business? “I do fish, I do rams and I do cows, so its not just fish. But I started out with Rams. This dates back to 1999 or 1998. I took one of my dad’s rams and I sold it. I sold it at a decent price at the time. So, I said now there is money in this business. I can do it and that’s how I started nursing rams. That is how I went into it.

I was nursing them at no cost at the time. It was just in the backyard. We would throw food at them. But obviously now it is different because there is so much cost to add to it. There is now cost of raising, cost of feeding, all that now comes into play. So, it is a different ball game from when I started and I was gaining 100% profit. So that’s where I started from-selling rams. Then I went into catfish in 2009. Then, cat fish became so rampant and I needed to start a new fishing line and the only fish that was achievable in Nigeria at that time up till now was catfish. Actually its Tilapia. That is why I joined forces with my dad to start a Tilapia farm. That’s how we started.

“That is just me” he explained. “Generally, I like people around me. I talk to people easily. I guess my upbringing also counts. It contributed to my affiliation to the grassroot or put differently to my closeness to the grassroot. I started out with my grand parents. The first 9 years of my life was with my grandparents. When my parents also moved back to Nigeria in 1989, we started out in just one bedroom apartment, made up of myself, my dad, my mum and my 2 siblings at that time. And I saw us progress in life, from that 1 bedroom in Alagomeji in Lagos, to 3 bedrooms apartment in Iponri estate, to 5 bedrooms in Lagos Street, Ebute Metta. Before we now eventually moved to Parkview Estate. So, I have seen Poverty from childhood. To God be the glory. So, that’s why it has been so easy for me to relate to the grassroot. I am very conversant with the grassroot. The nature of the job my mum also does also helped me. She started with selling clothes in Lagos Island. I often go to her shop and that made me relate with the grassroot. My dad also is a grassroot politician. So you can see I was born into it. I had that credential from the word go”

Which schools did he attend? “I started out with a lot of primary schools but I ended up at St. Saviours, Ebute-Metta in Lagos at Railway Compound. Then, I went to Kings College, Lagos. Then I went to the US to study. I started off at Century College, where I bagged AA Associate. I went to St. Cloud State University. I did Political Science and Criminal Justice there. Then I went to New York to do my Masters in Public Administration. I also went to the UK to study Local Government.

I needed to understand how the local government operates. That is what inspired me to go to Oxford University to study the Local Government course.

Growing Up As A Politician’s Son Made Me Go Into Politics – Jide Obanikoro was last modified: January 5th, 2019 by Reporter