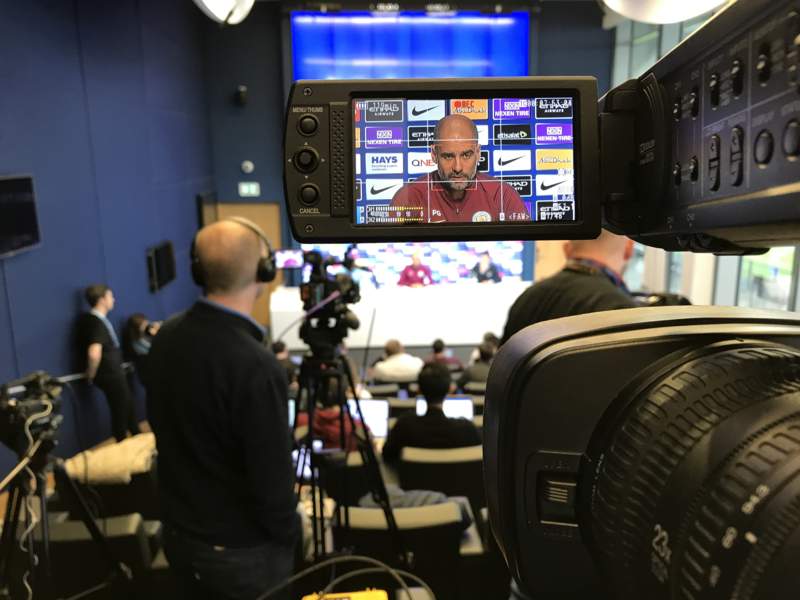 Manchester City boss Pep Guardiola has said that he won’t allow his side to rest on their laurels, despite their free-scoring form taking them top of the Premier League.

He made this comment while talking to the press at a pre-match conference on Friday.

The Blues boss says if the players “believe it is done there is no point to keep going” and instead is challenging them to keep improving.

He also has a lot of respect for Burnley’s improved away form this campaign and expects them to be a difficult opponent as “what they do, they do really well”.

City host Burnley on Saturday in their next EPL encounter and Guardiola is less worried about injuries.

He does have Sergio Aguero back fit just three weeks after he injured his ribs in a car accident in Amsterdam. The Argentinian has been an unused substitute for City’s last two wins but is available if needed to break the deadlock tomorrow.

Guardiola, when questioned on Burnley, said: “We have a lot of respect for what they have done. With the same people and same manager, they had problems winning away last season. But they’ve taken points at Anfield, Tottenham, and Everton. What they do they do really well.”

“We have to try and be dynamic and quick.”

“I’ve said many times we have played well but we can improve. The reason why we are here is because we have the belief. Hopefully, we can maintain that level.”