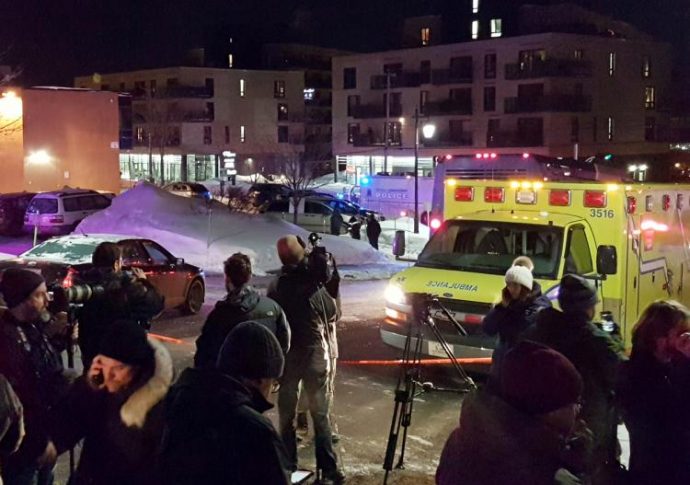 “Six people are confirmed dead – they range in age from 35 to about 70,” Christine Coulombe, Quebec provincial police spokeswoman, told reporters.

President of the mosque, Mohamed Yangui said he got calls at evening prayers informing him about what has happened.

Canadian Prime Minister Justin Trudeau condemned the shooting as a “terrorist attack on Muslims in a centre of worship and refuge”.

“Muslim Canadians are an important part of our national fabric, and these senseless acts have no place in our communities, cities and country,” he said in a statement.

How I Spent Millions On My Last Movie – Popular Actress/Producer, LIZ ANJORIN

Lallana voted England’s Player of the Year ahead of Vardy, Rooney