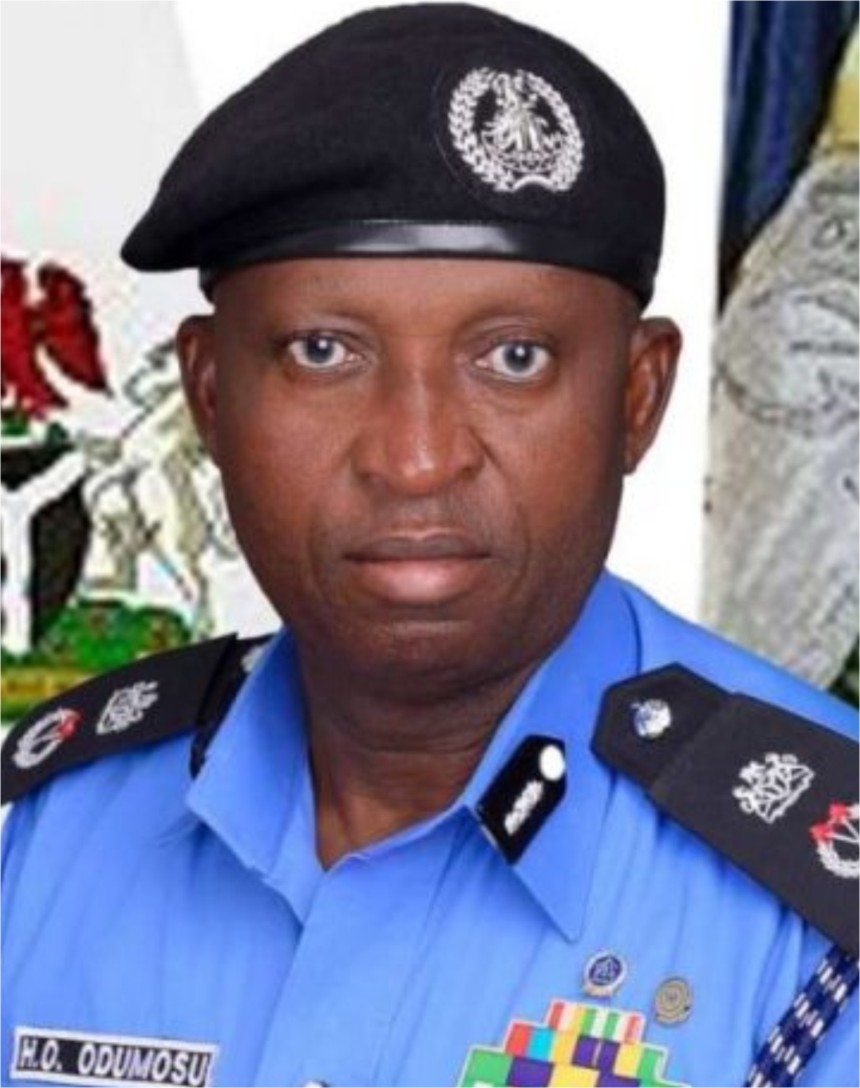 •Reveals The Principles That Has Worked For Him

Since he was appointed as the Lagos State Police PPRO, CSP Olumuyiwa Adejobi has done tremendously well. He has undoubtedly changed the negative narrative concerning the activities of the Police. Anyone that is closer to him will tell you that he’s one man who doesn’t joke with his work, like his boss, he works round the clock. He is a smart police officer.

Recently, City People Publisher, SEYE KEHINDE and Head of City PeopleTV, SUNDAY ADIGUN paid him a courtesy visit at the state command in Ikeja, and he was able to tell us many things people don’t know about his boss, Lagos CP, Hakeem Odumosu, The misconception about the police force and Many principles that has worked for him as Lagos State PPRO in the space of 2 years.

How has it been settling down in your new office?

Generally it has been fine, because working in Lagos will expose you to the professional space of working in public relation and been a PR in Lagos will add to your CV and it is going to be challenging because you have to be on your toes, you have to read more and update yourself on a regular basis and to be conversant with the happening in the state, Nigeria and the world at large. So it is an office that is very challenging and also a plus to a person in the Public Relation to hold such office since it is in the police force that is because a Police organization is a regimented institution so you cannot practice PR in the Nigerian Police Force in the manner you operate in a cooperate organization. This is so because, you most discuss with your superior before you do anything because every statement you make is tied to security issues in the state which is very sensitive. So it has been a very challenging office but it has been fine because there are gains as an individual and as an institution.

How has the Lagos CP been able to cope before you started working with him?

I will always say Lagos CP Hakeem Odumosu is a blessing to Lagos State this is not because I am working with him I have never worked with him as a command CP apart from the fact that he was a CP,  I knew him when I was the PA to the head operations in Abuja. We were there briefly before we were sent to  Lagos but when I came close to him I found out he is a blessing to Lagos State. He is the best for the job, he has been the chairman task force for years and was the commander of RRS for years. He is well detailed in routes in Lagos and it has been a blessing. He doesn’t sleep, he works till late night because we need to supervise the boys we send on check point and ensure they are doing what they are expected to do. So his leadership style has been a blessing to his subordinates, lieutenants and commanders, he plans a lot because he believes in the mantra “proper planning prevents poor performance’’ so he plans well before a task. He is very brilliant and endowed and we appreciate what he does in the Lagos police force because it is not easy to police Lagos. He is pro-active, dogged,  sensitive and he thinks very fast so been the Commissioner of Police in Lagos State.

How do you cope with the online?

When I was in Ogun State I was dealing with 70 to 80 media groups but here in Lagos I deal with nothing less than 3,000 media groups. I am also a member of 170 Whatsapp groups and I need to follow because people want me on their group and I cannot decline. You know Lagos is more connected to social media so we have to follow them and be prompt in responding to their complaint. The social media aspect of it is very sensitive other than the traditional media like the print, TV and radio. This is so because of the present dimension into broadcasting especially the fake news syndrome. This is what everyone experience so we try to manage them because these are flexible issues. Therefore I try to develop and maintain a cordial relationship with the media and it has been easy.  So our transparency with these media outfits has made work easy in Lagos State because if I lag behind it can send fake news flying around which would not be good so I have to be there to stop such news from going viral.

Do you think the police are been misunderstood?

Generally, people have wrong perceptions about the police. This is making it difficult for even the Public relations to help redeem it. They forget that the Police don’t make these laws but enforce already laid down laws. So when we start doing our jobs, people complain because they don’t understand the criminal justice system in Nigeria. The criminal Procedure Act takes different approach. For example, when a man is paraded with lots of human skull in his procession and is later set free, people begin to make comment not knowing that he can be granted bail. This is so because his lawyer may claim this doesn’t mean his client is a criminal and this is true because the Criminal Code will have the police check if the skulls where excavated from a grave site, they will have to link the skull to a DNA and doing a DNA test costs a lot of money so the procedure is very long. But people blame the police when such things happen and claim that a bribe has been paid. On the issue of Fire arms procession, the person can be  granted bail except we make use of special act like Fire Arms and Anti Robbery Acts but a lawyer can also defend that so when the person is release we are been misunderstood so we get blamed a lot. So these are a few to all of the misconceptions about the police force.

What do you have to say about the public perception on prison congestion?

The aspect of prison congestion is another issue, they believe the police enjoy heaping the prison with criminals but they don’t know that the Criminal Justice System comprises of 7 to 8 actors which involve the compliant, suspect, police, bar, the Ministry of Justice, DPP and the correctional service, each of them have their problem but when the public is asked on prison congestion they point at the police but the police don’t have the power to put someone in the prison or correctional centre without the court saying so. We feel the heat because people attack us badly and it is because they don’t know about these laws. So we encourage the members of the general public to read about the law, these books are not all that restricted because they can be found in the book shops. I have been reading about the law before I joined the force.