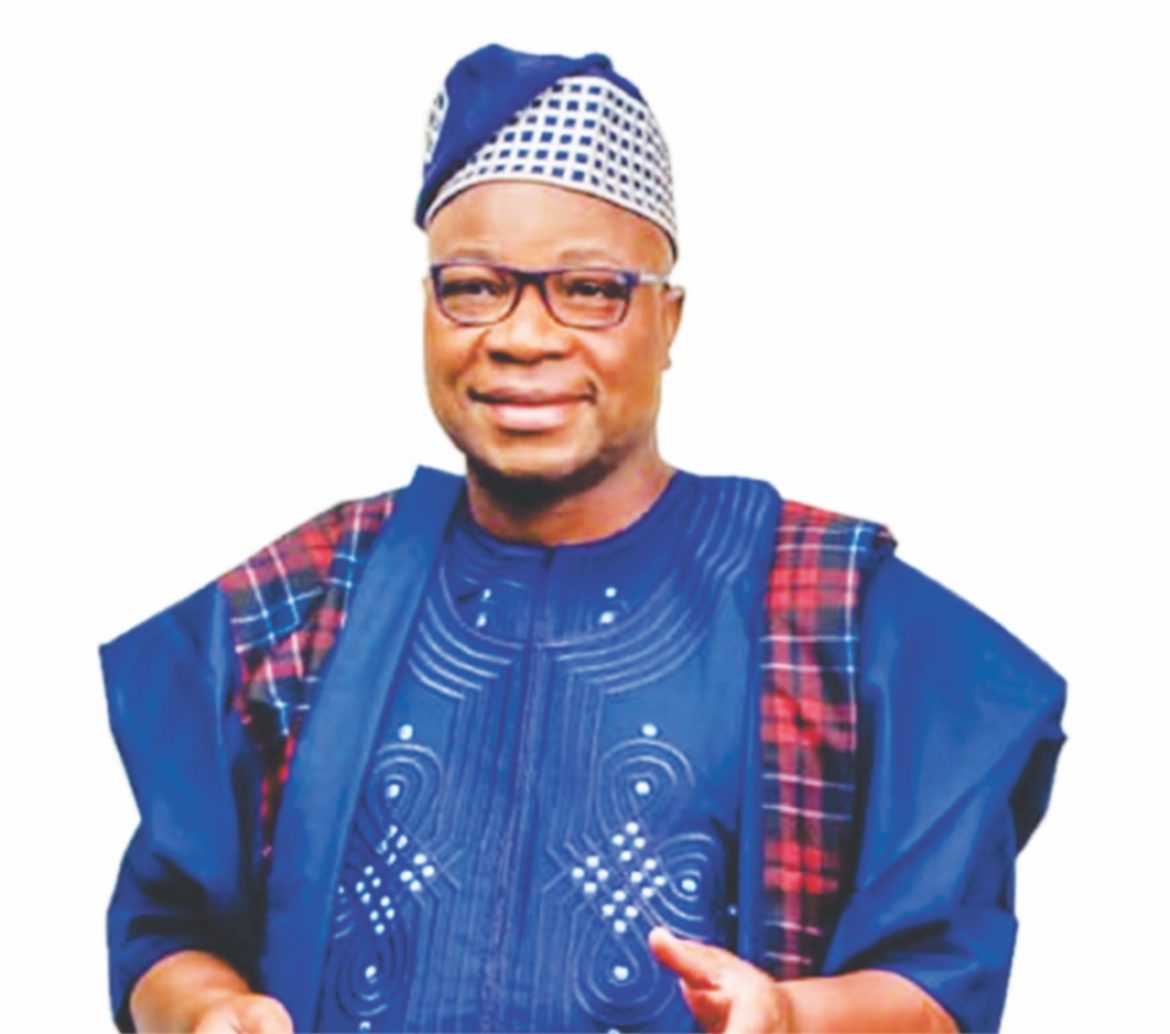 •The Story Of The OSUN Accord Party Guber Candidate

Over the last few weeks, Dr. Akin Ogunbiyi, the Accord Party Governorship Candidate in Osun State has intensified his campaigns across the state, going on visitations to traditional rulers & major stakeholders in the State.

He has spent the last few weeks meeting with traders, opinion moulders, religious leaders, the old and the young, NURTW members, artisans and farmers. There is no sector that he has left out. . Expectedly, he has changed the narrative of politics in Osun. He has taken politicking away from money politics to politics of issues. And he has moved campaigns away from open-air rallies to meeting with stakeholders one-on-one, in their homes and offices, selling his Omoluabi principles and the programmes he has for the various sectors.

Since he declared his intention to run for governorship weeks back, on the platform of Accord Party, he has been on the road, travelling around all the local governments and senatorial districts, preaching politics of issues. Almost on a daily basis, he has been meeting with traditional rulers, groups and associations. He has met with the Christians, Muslims and Traditionalists and he has been telling them one-on-one, why he is the right and appropriate candidate for the job of Governor.

He usually sets out early in the morning and does not come back till late in the night. He is always dressed in branded Tee Shirts on denim jeans, with snickers to go with it. He usually drapes Accord party muffler round his neck with a branded face cap to match.

His entourage usually sets out with about 30 Vehicles (some branded) and as he moves into villages and towns, other supporters join, with their cars. Okada & Keke Maruwa riders also usually join voluntarily and move with them, with Akin Ogunbiyi Stickers, affixed on their Okadas & Keke. “He enjoys tremendous goodwill,” explains one of his supporters. “He doesn’t bribe, or, pay them, to join his campaign “All he does, is to appeal to their reason and conscience, to campaign for him and the fact that they will get good governance in return”.

Accord Party is his party of choice. He left PDP a few months back to join Accord when he was frustrated out of Osun PDP. It was after this that Accord Party leaders put pressure on him to cross over and pick the Accord Party governorship ticket. His Pledge is to develop Osun State. He is promising them the following: Functional Primary Healthcare, Payment of Pensioners, Welfare to Civil Servants across all levels, Support to Women Cooperators & Traders, Youth Employment and Empowerment, Security of Lives and Properties, Access to Governance Autonomy, Free and Compulsory Primary School Education, Promotion and Development of Agriculture and Agric Related Industries, and much more.

Last week Wednesday 18th May 2022, City People joined his campaign train to see, first-hand, his style and manner of the campaign. His campaign team left the Osogbo campaign office of the Accord Party in a convoy of about 25 cars (many branded in the colours of the party) and took off to some towns, under Ife North. The 1st port of call was Edun Abon. He stopped at the palace of Oba Adesoji Olatunde Oladapo (JP), the Salu of Edun Abon who received the team with his Chiefs and beautiful Oloori. With Dr. Akin Ogunbiyi & his deputy were the Vice Chairman of the Accord Party (South West) and the State Treasurer. From there, the team moved into town to meet with the Elders & the Youths.

From there, the team moved to the residence of Lt. Gen. Alani Akinrinade in Yakooyo town. He was out on his farm. Many don’t know that he is a big farmer. From there, the team moved to pay a courtesy call on HRH Oba Meshach Oyewole Oyediran, the Olulamokun of Yakooyo, who was coronated on 12th September 2019. That was the year he was presented his Staff of office. One of his Chiefs, the Balogun of Yakooyo gave a welcome speech imploring Ogunbiyi to look in the direction of Road rehabilitation, Youth Employment and the establishment of a Higher Institution in Yakooyo to bring development to Yakooyo.

From there, the team moved to Ile-Ife to meet with the leadership of NURTW. The Group Chairman of the Oranmiyan Group (National Union), Chief Femi Oladele led all the other Chairmen, Vice-Chairmen and Leaders of the various chapters to receive Dr. Ogunbiyi. He addressed them for about 30 minutes on the things he will do for NURTW members if he is elected. He told them that he would help their sector grow bigger. He told them how as a businessman he had supported the Transport sector in the past, how he bought 25,000 okadas and buses in the past through his Insurance Company. He explained how he had created wealth for thousands of people in the past. “I borrowed N5 million from late Chief Aret Adams about 29/30 years ago to set up Mutual Benefits Assurance Plc. He is now the Chairman of the company. He told them how he has 5,000 workers in the company.

He told them how his father was involved in the Transport business and so he grew up to learn a lot about the transport business. He also preached the gospel of the Accord Party and the beauty of the fact that the party has no Baba Isale or no political godfather.

Of course, the NURTW leaders spoke in turns, advising him on how to go about making sure that the transporters are taken good care of if he wins as Governor. From there, Dr. Akin Ogunbiyi & his team trecked to a nearby Pepper market, to address the traders on the need to vote for the Accord party.

At every place he went, he reiterated the fact that ACCORD party’s party logo of the Thumb is No 1 on the list of parties on the ballot paper and that they should all go for it.

READ ALSO: WHY THE APC CABAL IS AFRAID OF KWANKWASO

Why The APC Cabal Is Afraid Of KWANKWASO