How EBENEZER OBEY Got His Nick Name OBEY 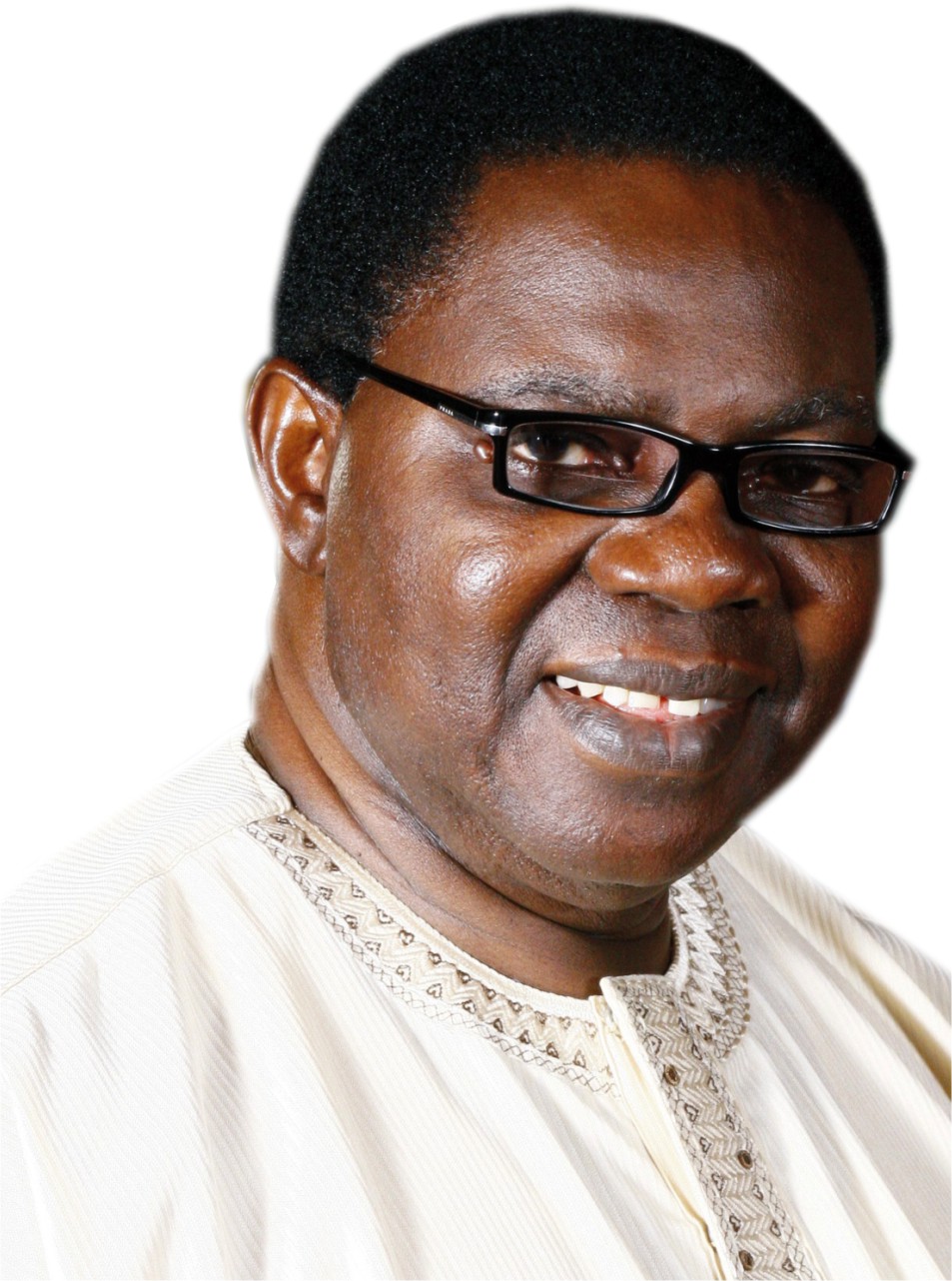 No stars were seen, to foretell my birth. No prediction was made about my greatness as a musician. The closest thing to a prediction about my future was a relation who told my parents that I would grow up to be a church organist! As a child, I used to have great admiration for the church organist. I used to admire his power: the power of one man sitting up there and using his fingers on the organ to orchestrate music that the whole congregation would sing to. It wouldn’t have been a bad idea for me to grow to be a church organist, to lead a church in singing songs of praise to God.

I had a normal childhood. I was a star from childhood, even though I was not conscious of it. Everybody loved me. My mother always told me that people loved carrying me because I was a lovely baby. Eba was my favourite food as a child. I could eat it three times daily. Next to eba, I also liked laaJun, amala, rice and beans. I still like them.

As a child, the River Yewa represented a fear induced by my mother. She would tell me not to go near that river if I didn’t want to get drowned. She would warn and warn and warn. A relation of ours had gone to the river to swim but got drowned. His body was found on the third day. I was too young to remember that accident but my mother kept referring to it so as to instil fear in me. One day I defied her warnings and went down to the river. I never knew she was travelling that day. She caught me red-handed and dragged me home. I can never forget the beating. I learned my lesson the hard way. Ever since I never went close to the river, any river, no matter how small. That’s the reason why I cannot swim today.

My mother never saw the inside of a classroom. But my father went to school. Illiteracy was a disease, so they wouldn’t let me, their son, be afflicted with the disease of illiteracy. My mother in particular wanted his son to be a doctor or a lawyer. A son who would be well educated, who would go to London and come back riding a ‘pleasure car’, as was the height of all achievements. My mother wanted her son to go to London. She wanted her son to be somebody, a man of substance in life. Certainly, not a musician! A musician then was considered a beggar, a ruffian, an amugbo (smoker of lndian hemp). To have a musician as son was like a curse. My mother never prayed to God to make me a musician.

In those days, to go to school, your right hand had to have grown long enough to touch the tip of your left ear when you stretch or arch it over your head. My hand had grown long enough to touch my ear at the very first attempt, so I was admitted to Methodist Primary School at Idogo. I wouldn’t say that I was exceptionally brilliant but brilliant enough to position myself between the first and the ninth-best pupils during examinations. I never went beyond that. My favourite subjects at school were English, Religious Knowledge and Yoruba. Mathematics scared the hell out of me. I was well-behaved, neat and responsible enough to bag the post of Senior Boy in my class. We used to have this teacher who was fond of using the cane on pupils who misbehaved or came to school late or failed class tests. He would bring out his cane and the erring pupil would be pleading: ‘Please, sir, forgive me … I beg you sir … ‘ And instead of listening to his or her pleas, our teacher would be saying: ‘Obey first, before complain’.

As the class prefect, I was his megaphone, .his amplifier, the one who helped him out in instilling discipline among my classmates. I would be shouting; ‘Obey before complain … Obey!… Obey!. . .’

Little did I know that I was earning myself a nickname that would stick with me for the rest of my life. My classmates picked up ‘Obey’, an abbreviation of ‘Obey before complain’, and stamped it on me. I became Obey. Coming to school in the morning, my classmates would be calling me ‘Obey’. When I did anything and they were hailing me, they would call me ‘Obey’. That was how everybody started calling me ‘Obey’. They forgot all my other names and stuck to Obey. It’s a name I thank God for. It’s a name that suits me because all my life I have been obedient. I believe obedience is the bond of rule. Every child must obey his or her parents. Every citizen should obey the law – the law of God and the law of man. Without obedience, there would be indiscipline, anarchy, and chaos. If motorists don’t obey traffic rules, the road would be blocked and there would be confusion and everything would come to a standstill. If our leaders don’t obey the voice of God, how would our country move forward out of the traffic of political and social confusion? I thank God for my classmates who nicknamed me Obey because the name has brought me luck, it has brought me success; it has brought me fame and fortune. The name has taken me to the realms of stardom. It is all with these factors taken into consideration that I decided to make Obey my’ real name: not just a nickname but a compound of my real name: Ebenezer Obey-Fabiyi. My wife, children, grandchildren and great-grandchildren would all go by the lucky name that has never for once brought me shame or disgrace. I was very clean in school, neat in my dressing. My mother always ensured that her children were neat. As a cloth-seller, our school uniform didn’t have to turn into rags before she made a replacement. I remember, in those days our school used to award a prize for neatness. There was a chart for neatness and I always put my class on top of the chart on account of my neatness.

We had a school band and I was the band leader, the star. I was very prominent in the band. But the story of my musical roots cannot be completed without mentioning a music and drama club formed in Idogo called Boys and Girls Youth Club. I was in the music section, a small boy, in fact, the smallest: but in spite of my size, I was again the star of the club. Each time I went on holidays, they missed me a great deal. I remember once going to Lagos on holidays and they needed someone to play the bongos – we used to call the instrument double toy – but no one could play it. They had to wait until I ended my holidays. I can still remember the ovation that greeted my arrival and the euphoria as they all watched me play the double toy triumphantly.

Our band then was called Ifelodun Mambo Orchestra. I was their percussionist and vocalist. Here was my training ground. It was here that I learnt how to organise a band and improve upon my singing, composition and other musical experience that helped me later in life. At Idogo, my music turned me into a ‘local hero’. I became a household name. It then came to a point where the senior boys in the club felt that they were growing up and becoming ‘responsible’. Some were teachers and felt too big and too old to continue being members of the youth club. Their interest started waning. To keep the fire burning, I had to start a new group. This led to the formation of the Royal Mambo Orchestra. Mambo was the music of the era and the foremost exponent of Mambo music was Adeolu Akinsanya. Every musician of the era was playing after the style of Adeolu Akinsanya of blessed memory. So did my band. The other big names of the era were Ojoge Daniel and Ayinde Bakare.

There was no radio then in Idogo and there were no stereo sets. All we had was the gramophone; you threw out the pin after playing the record. We had ‘singles’, no record albums then. I can still remember the gramophones of that era with the picture of a dog singing inside a large microphone, under the inscription: HIS MASTER’S VOICE. As children, we used to think that it was the dog doing the singing. My father owned a gramophone and a sizeable collection of records which I listened to in my childhood. Sometimes, I wish the good old days could come back again; but no one can set back the hands of time. No one can really bring back yesterday for the governorship.

How EBENEZER OBEY Got His Nick Name OBEY was last modified: April 20th, 2022 by City People