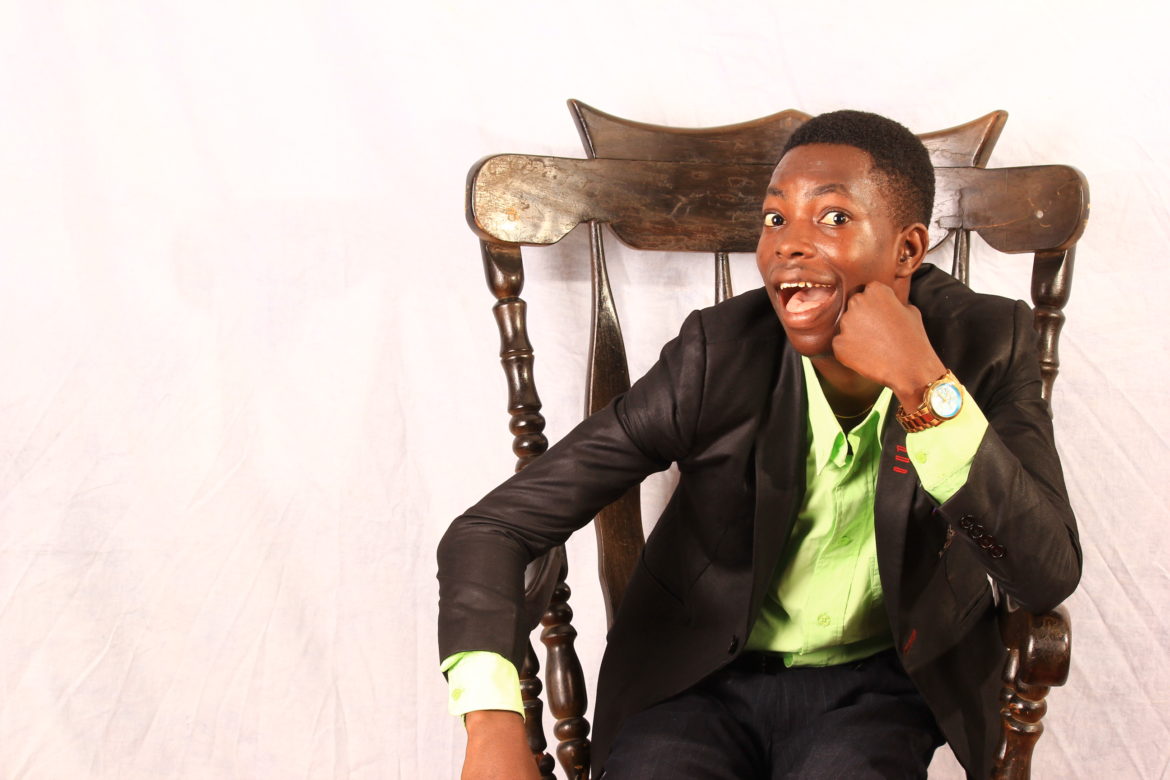 Popular Instagram Skitter, Baba Alariya is one of the comedian making waves on Instagram, his real name is Adelere Adeyemo. He is an Entertainer, an actor, TV host, MC and a comedian for all events.

Because of his type of comedy, most people don’t know that he is a very young and handsome guy.

Baba Alariya is one comedian that people don’t get tired of watching his skits, we should also know that he started his comic act at a very tender age, and he is doing very well on social media.

Because of his passion for comedy, he has been able to create a niche for himself in the industry. His kind of comedy is very different and unique, you cannot copy is style because he doesn’t follow the crowd.

This versatile comedian has earned the love of some many, because it is difficult for you to be on Instagram and not know “Baba Alariya”.  Last week, he spoke with City People’s Society Reporter, TOYIN OGUNDIYA on how he became popular on Instagram. Enjoy excerpts of the interview.

You are one of the popular Instagram, skitter and you have been able to make a name for yourself, how did you discover yourself?

I discovered my love for comedy in year 2006, when I was in secondary school. In my neigbourhood, I do make people laugh, I crack jokes but then, it was not like a joke, it is something Yoruba people call Alo, I do tell them stories and I would change my voice to an old man’s voice.

Later, in 2010, I was discovered by a blood brother, he is my mum’s first born, he was a TV and Radio presenter but now, he is a Pastor.

What is his name?

Remi Adeyemo and my own name is Adelere Adeyemo. In 2010, he took me to a studio, we record at length, later he brought me on air and I started my Radio programme and TV programme. In 2012/13, Lara Olubo told me to open an Instagram account, she said Instagram is really making a lot of waves for young guys.

Let say, 4 years ago but I was unable to record in 2015 because I had issues with my phone, later in 2016, I got a better phone and I started my work fully.

Many people don’t know that Baba Alariya is a young guy, they see you as an old man, at what point did people discover how young you are?

There is something comedians call “Koboko”, that is when you go on stage and you are not funny at all, when your jokes are very dry but that has never happen to me ever since I started my comedy carrier, the only challenges I am facing is that, most of my skits and stage performance are all done in Yoruba because the kind of comedy I do, I mean the Baba of a thing is very easy for me in Yoruba. That is the only challenge I am facing but in this new year 2019, I will increase the English part.

So that they will know that Baba Alariya too is educated…

Yes o, I am educated.

Which school did  you finish from?

I finished from Federal Polytechnic Ofa.

I studied Library and Information Science but by God’s grace, I will further more this year.

Are you going back for your HND?

No, I will be going back to the university to study Theatre Art by God’s grace.

Is there any other thing you do aside being a comedian, like adverts?

Yes I do advert, I do skit advert.

Yes, I do birthday shout out too.

How easy was it building it?

It was not easy, most times when we send a video to a senior colleague or any Instagram skitters that has more followers than we do to help us re-post, they won’t even look at our side. Thank God, so far so good, I have been able to create a niche for myself and with the help of some important people in my life, I don’t want to mention names, I mean, those that really believe in me.

Is it paying your bills?

Well, I will say yes to that because there is a particular amount of money we charge for birthday shout out, advert and all. So it’s paying my bills.

Will you say Instagram has been able to pave way for you?

Yes o, recently, I was telling someone that I don’t know any white collar job I will do that will fetch me the little money I am getting from Instagram.

What is your advice for upcoming comedians or skitters?

I want them to know that prayer works, they should always put God first in anything they do and secondly, you have to be consistent, in everything you do, consistency is very important.

What is your advice for people who just post once on social media and they believe miracle should happen?

Posting once in a while won’t help, chi gurl the comedian once told me that, I should post everyday, your followers are there to see something new everyday. At most, make sure you post within 3 days.

Don’t you think your type of comedy has affected the way you talk?

A lot, some of my friends out there do tell me that it is really affecting me, it has really changed my tonation but at least, money is coming from it and I am still going further by God’s grace.