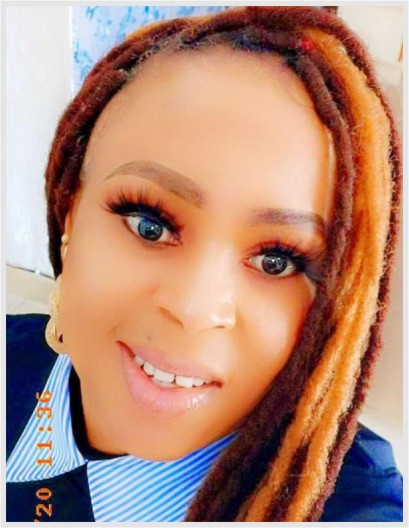 One of the herbal practitioners currently making waves in Ibadan right now is Omolola Akinola. She has been answering all the necessary questions many women are asking concerning how to heal fibroids with herbs. She’s one of the top practitioners celebrity and many women are rushing to in the ancient city of Ibadan.

Omolola Akinola, a graduate of Lautech, where she studied Civil Engineering hails from Oyo state. Having been born into a family of 5. He’s the 4th born out of 5 girls, she leaRnt how to cure fibroid with herbs from her grandma, who was into herbs and she lived with her since age of 2 months.

On how she’s been curing fibroid with herbs and became the toast of many women battling with the challenge, she said “I use 100 percent herbs and it’s guaranteed because it’s pure herbs and roots. I have never added chemicals. Fertility cleansing and infection removal, depending on how long your tube has been blocked normally takes us 14 days to cure at Lopsyblowherbal. At the end of the cleansing, all the symptoms of the tubal blockage should have seized and you should have started breathing fresh air after this period. What does fertility cleansing do? It cleanses up your reproductive tracts, brings about healing the damaged areas or areas that need attention, prepares your body for responsive treatment and also for conception, allows proper circulation in reproductive organs and other organs of the body, balances your hormones and promotes a healthier body and removes every trace of infections”.

With Omolola, the CEO of Lopsyglowherbal in Ibadan, women suffering from fibroids could heave a sigh of relief. She said traditional medicine has solutions to them, without subjecting them to surgeries.

She recommended that women having fibroid should consume literally home-made soy milk, soya beans which is rich in phyto-estrogen as it normalized estrogen level in the female.  They should also increase the intake of fresh fruits and vegetables as organic food has been proved to contain healing properties.

On the treatment, she said herbal preparation made from anti-tumor herbs such as sour sop’s roots, stem and leaves provide effective cure. “Sour soup is called sawa sharp locally in Nigeria and it starves the fibroid from getting basic nutrients called adenosine triphosphate (ATP). “Also, used anti-iflammatory herbs called soghum bicolor known as poroporo in Yoruba, astringent herbs such as back of cashew, anti-microbial herbs such as cloves known as kanafu in Yoruba, and female hormone balancing herbs such as cissampeli owariensis also known as jokoje roots in Yoruba and sometimes, analgestic herbs such as awogba aarun in Yoruba,” he said.

On the symptoms, she said, women with fibroid often have heavy menstrual flow, painful intercourse, prolonged menstrual flow, backache and sometimes no symptoms at all. “Fibroid which is mostly caused by estrogen dominance is of three major types – subseries, sub mucosal and intra-mural. Estrogen is a female hormone responsible for menstrual flow, enlargement and development of female features in general.”

She said fibroids, which could be as small as a peanut and also as large as a football, might lead to infertility depending on the size and position in the womb.

The condition, she noted, was more predominant in black women compared to their white counterparts. This is due to their genetic make-up.

She said it occurs mostly among women of childbearing age. “When menopause sets in, fibroid tends to shrink or, at least, experienced retarded growth,” he added.

On the causes, she said, about 80 percent of fibroid cases were as a result of hormonal problems caused by estrogen. This estrogen dominance has also been linked to the development of breast cancer. Other causes of fibroid are abortion and infection.

My New Movie, CITATION Has Been Acquired By Netflix – Filmmaker, KUNLE AFOLAYAN