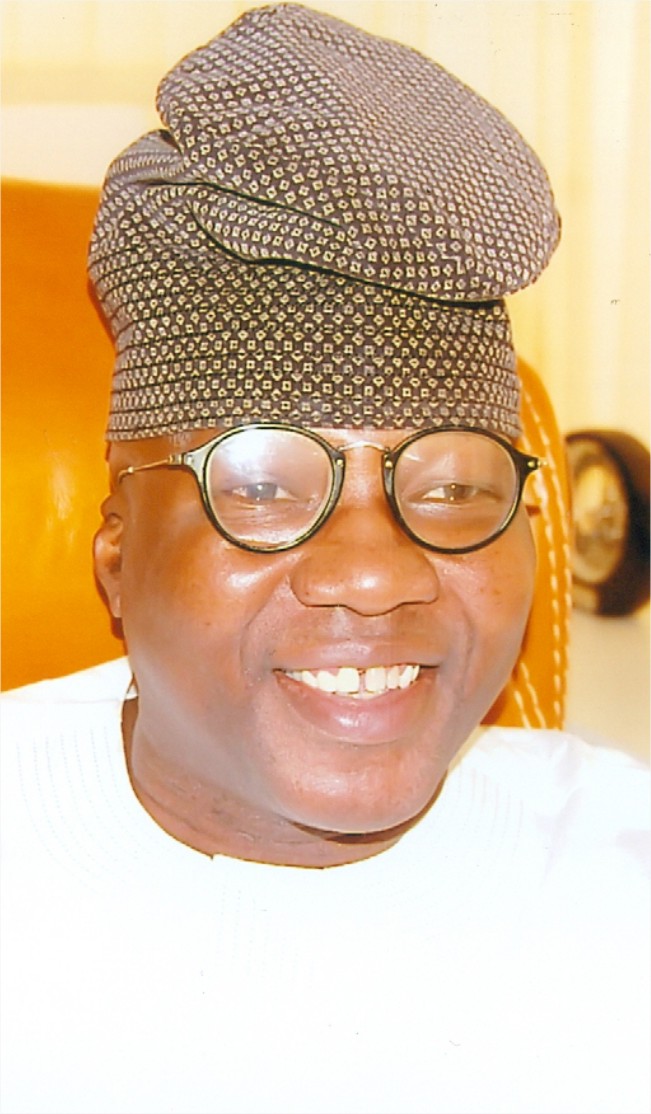 Asiwaju Yinka Fasuyi is one of the great fans of the living legend, Evangelist Ebenezer Obey. He was the Chairman, Reception Planning Committee of Ebenezer Obey at his 80th Birthday. He played a very key role in the celebration, with the erection of over 20 Congratulatory Billboards across the many South West States.

Below is his tribute to Ebenezer Obey. In it, he revealed how over the last many years he got hooked on Ebenezer Obey’s music

Every human being has a personal legend to be fulfilled, and this is our reason for being in the world. This personal legend manifests itself I n our enthusiasm for the task.” – Paulo Coelho.

The Legendary Evang. (Prof.) Ebenezer Obey is undoubtedly an exclusive person who has spent his life performing a greater cause and that rare cause is ‘music’. His music has appeared to be the wine that fills the cup of silence, the divine way to tell beautiful, poetic things to the heart and it has stood out to be the moonlight in the gloomy right of life.

The Legendary orations and sounds from the Legendary Evang. (Prof.) Ebenezer Obey-Fabiyi (MFR) are not only just infectious but also heart entrancing and soul enchanting! The music has summarily evoked laughter, deeper reflection of life and inspired highest aspirations. You only need to listen to Obey’s record, once and get stuck for life. The superfluity of this epic connection with this legend makes music play the functional role of releasing us from the tyranny of conscious thought.

My personal experience in the last 50 years of exhilarating sojourn with the Juju Maestro and a living legend has relived in me that music is the literature of the heart which commences where speech ends. Verily, I consent that music gives a soul to the universe, wings to the mind, flight to the imagination,and life to everything. Baba Commander’s juju music has undoubtedly served as an elixir on many occasions in my life to the extent that my personality is not complete without the reminiscences and recalibrated memoirs of Obey’s philosophical rendition. Indeed I strongly agree with Maria von Trapp who expressed that “Music acts like a magic key, to which the most tightly closed heart opens.” Without mincing words I can confidently say that great singers have legendary aura, their musical sounds could

inflame sense of expectation, suspense, secrecy, hazard or even intrigue.

Every thrilling path to an unending journey has a starting point. My very first major encounter with this embodiment of Grace-personified in the person of the Legendary Evang. (Prof.) Ebenezer Ibey-Fabiyi (MFR) was in mid-1972 (fiftyyears ago) when the Board Members’ record debuted. I had the rare privilege of listening to this evergreen masterpiece at a record seller shop in Ilesa. Luckily for me on that fateful day, there was a popular rice selling restaurant besides the records selling shop. So, I took advantage of the restaurant to listen severally to the 2 sides of the new record. Little did I know that the gradual experience into the mythical ebullience of the Juju legend was unveiling. This encapsulates the adage that ‘music is a world within itself, it’s a language we all understand’. It was the first unforgettable contact into the never-ending voyage I had with the powerful influence of music in a man’s life. It quickly reminded me of how harps, flutes, and musical instruments were used as relieving therapy for Saul in the Bible during his trying period.

The enchanting force is best elucidated in the words of Elton John that “Music has healing power; it has the ability to take people out of themselves for few hours”.

I am convinced that we do not create our destiny; we participate in its unfolding.

Synchronicity works as a catalyst toward the working out of that destiny. This actually characterized a significant swivel in my relationship with the Legendary Evang. (Prof.) Ebenezer Obey-Fabiyi (MFR) by the inexplicable eccentricity of the date that Kaabiyesi, Owa Obokun Adimula and Paramount Ruler of Ijesaland,

Oba (Dr) Gabriel Adekunle Aromolaran II, CFR, LL.D announced his decision to confer on me the prestigious title of Asiwaju on Friday, 8th July 2016, an announcement that came when I was attending a funeral function at Shell Club, Adeniran Ogunsanya Street, Surulere, Lagos where Chief Commander Ebenezer Obey was at the band stand. The moment I shared the joyful news with Baba Commander, he expectedly and immediately changed the frenzy of the social gathering to sing “Oro ti mo wi se, tabi k’ose o, Asiwaju?”. That validates the divine oration from a legend into enviable reality!

Time would however fail me should I begin to recount the many touches of emotions which words alone can’t express at various stages in my life that the legendary songs once admitted to the soul, becomes a sort of spirit, and never dies.

However, the journey of the last 10 years with the Legendary Chief Commander Ebenezer Obey has been of the universal expression of ‘vision turned to reality’, ‘dreams coming to fruition’ and ‘aspiration materializing’. I have always enjoyed the privilege of Chief Commander Ebenezer Obey playing at every of my birthday without a miss. And to cap it up, all I dreamt to achieve fifty (50) years ago came to pass four (4) years ago when Chief Commander Ebenezer Obey publicly released a soul-lifting, enthralling, alluring, glamorous and custom-branded evergreen double-sided CD in honour of my birthday celebration in 2018! On this special occasion of celebrating the newest Octogenarian, I have the singular honour to acknowledge the providence that brought my paths with the Legendary Musician and Musicologist. I pray that greater wisdom be expressed through your lifestyle for generations to come as you celebrate the privileged 80th Year.

In the words of Sarah Dessen, “Music is the great uniter, an incredible force, something that people who differ on everything and anything else can have in common.” I would like to specially appreciate the following beautiful-hearted people who the legendary music has united us together as one big family especially on the occasion of this ao” Year’s celebration in which I am privileged to serve as the Chairman of the Reception Planning Committee: Chief Olusanya Abiola, Hon Oluyinka Ogundimu, Pst. Joseph Adelakun ( Ayewa), Pst. Lanre Obey-Fabiyi, Mrs. Alero Obey-Fabiyi, Mrs. Bukky Obey- Olaiya, Mrs Sola Obey-Fabiyi, Mr. Tolu Obey-Fabiyi, Engr. Oreoluwa Obey-Fabiyi, Pst. Tunde Kajogbola, Rev. Tunji Akintayo, and Mr. Tunji Odunmbaku.

May you be graciously blessed with what good life can afford and may goodness that emanate from goodwill encompass your days.

Our sincere heartfelt prayer to the Lord God on this Octogenarian Celebration is that; May God keeps the Legendary Evang. (Prof) Ebenezer Obey-Fabiyi’s mind free from the recital of endless details; give you wing to get to that point of your highest aspirations. May you continue to grow in humility and teach you the glorious lesson of reverence till eternity comes!

How I Got Hooked On EBENEZER OBEY’s Music – Asiwaju YINKA FASUYI was last modified: May 11th, 2022 by City People