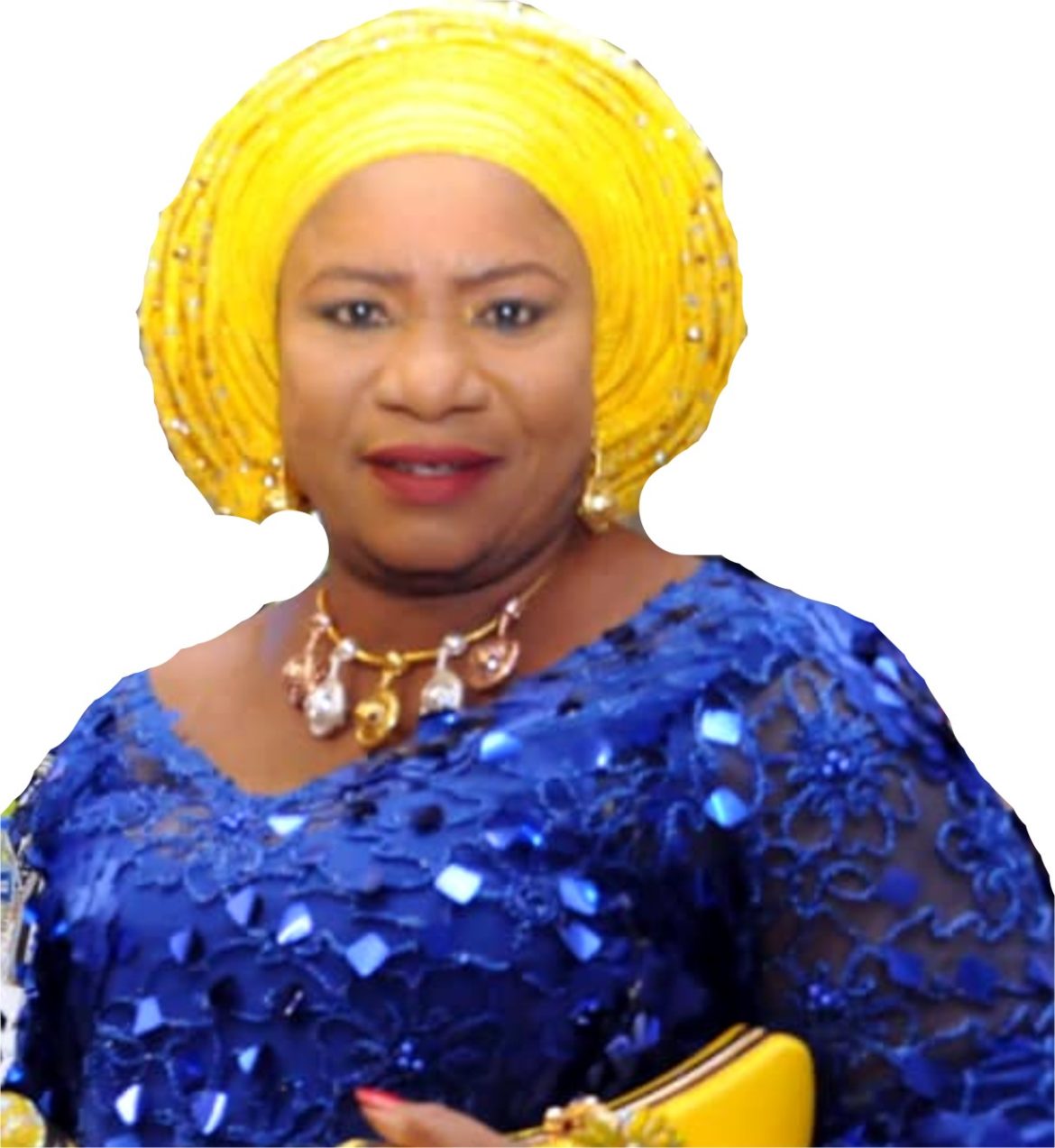 Alhaja (Chief) Folashade Jimoh Aliu is one of the pretty wives of a famous and veteran actor, Chief Jimoh Aliu (MFR), fondly called Aworo. Alhaja Folashade is an actress and a businesswoman.  She was with her husband 2 weeks ago at the City People-organised Ondo State TAMPAN awards of recognitions and she spoke with ADEOLA SHITTU on her life and 42 years of marriage. She is the Bobagunwa of Osan Ekiti

For the benefit of our readers, can you tell us about yourself?

Thank you, I am Alhaja Folashade Aliu, I am in my sixties. I am an actress and businesswoman. I am the 5th wife of the famous and veteran actor, Chief Jimoh Aliu (MFR). I had little education before I joined theatre arts, owing to my passion for acting. My marriage is blessed with lovely children.

What inspired you into acting?

Right from my childhood days, I loved acting, I will even say I’m destined to be an actress. So, after my standard 1, I felt I would do better in acting since that has been my passion. Aside acting, I love dancing. So, I met someone, who introduced me to one Funmi Ramson, so it was through her that I learnt some acting skills. Don’t forget that theatre arts back then strictly staged plays and live performances, I was there for some time before I joined my husband theatre group.

You are someone who loves theatre, you are married to a theatre arts man, why?

You see, in this job, one needs to marry some who loves what you are doing,  to sacrifice my belief back then was that if I married a man who was not into acting, he would not understand and there would be crisis at the home front. Now, acting is fun compared to the ’50s, ’60s and 70’s when stage plays and live performances were the order of the day.  We could travel for 30 days without looking back. We moved from one town to another, touring about 3 to 4 states in a month. How many men would take that from their wives? But marrying a man in my profession gave me the opportunity to actualise my dream. So, I will say one of my wishes was to marry a man, who was into theatre arts and as God would have it, I met my husband, Chief Jimoh Aliu, the famous Aworo Sasa. He helped me grow my confidence in acting. Back then, location was always sweet and each time we were returning home, it always looked like the end of the world as we would be crying, that we didn’t want to go home. We were able to cater for our children unlike marrying a man who was not into acting, the level of trust wouldn’t be there. Thank God, I married my man.

How long have you been in acting?

Hmm! This year will make it 48 years or more because my first child is over 40 years old and I have been acting before I gave birth to a child.

How many films have you produced or featured in?

I’m yet to produce a movie, but we wives of Chief Jimoh Aliu have shot a movie entitled: Oko Aro. I have featured in many movies mostly those produced by my husband.

You look very pretty, what year did you get married to Jimoh Aliu and what attracted him to you?

Woah! We met in Ado Ekiti. It happened very fast. I heard he was bringing his travelling theatre group to Ado for a performance at Mary Immaculate School and lucky me, I was in Ado then, I was eager to watch his show. So, I went. When I got there, he was already performing when I saw him. My body moved and I wondered whether he was a man or an enigma.  The way he was dancing was mesmerising and I soliloquized, “this man is fine!”. After the show, he sent for me and he said he loved me.  At first, I was like no oo; I turned the offer down and went my own way. Days later, one of my friends came to me, she was with the late Oyinade Adejobi group, she said now that I have decided to join the theatre group, which one did I prefer and wished to join, I didn’t think twice when I said Jimoh Aliu group. She took me to him and the rest is history. He is honest and caring too.

How old is your marriage now?

How do you cope with him despite the fact that he is a man of many wives?

The fact remains that before I agreed to marry him, he had wives ( Iyawo) and I’m not his first or third wive, but I will say he was fully in charge of his home. Hardly would you know which wife is the mother of a particular child because most of us gave birth almost about the same time. There was this popular Ebenezer Obey’s song, Iya Ibeji se ka wole, e seun epaada, ija ma ti tan ooo (Mummy twin should we enter to resolve your misunderstanding, no thank you, we have resolved our fight). The two girls used in the video were never twins’ rather one of the girls was my daughter, while the other was my senior mate’s daughter. When the late I Sho Pepper saw them inside Ayanmo Ogunde movies, he asked who was the father of these home-made twins because of their striking resemblance (Sheri and Kudi). One of them is in Lagos, while the other is in America  now, but if you see them, you would not be able to identify one from the other.  So, the late I Sho Pepper took them to Ebenezer Obey and he used them for the video shoot. So, I would say despite having many wives, our home is very peaceful, we wear same attire and our children are so united.

In the last 42 years of your marriage, is there any time you felt like quitting the marriage, owing to the challenges of a polygamous home?

Hmmm! Life itself is full of challenges and in my case, I have witnessed horrible challenges, but here I am today. For instance, what can be more challenging than losing a child? I could remember I travelled with my baby during one of our tours, the baby died at Lafiaji and the father buried him there because performance must not stop and I continued playing my role, I even danced that day. What could more be more traumatic than that? Or was it when I had a stage play at National Theatre and I gave birth a day to the show. I had rehearsed my role and there was nobody (substitute) to play it. I was discharged from the hospital and I carried my one-day-old-baby to the National Theatre. It will interest you to know that the naming ceremony was done at the National Theatre that year. So many challenges, but above all, so I will say is that since I got married to my husband and doing my profession. I have never thought of quitting marriage or acting. I thank God for His grace.

What other business do you do aside acting?

Since piracy has taken over the industry, I have my own business. I sell cloth, bags, shoes and I also run a restaurant in Ado.

I relax by sleeping and taking care of my husband.

How I Got Married To JIMOH ALIYU 42 Yrs Ago – 5th Wife, Alhaja FOLASHADE JIMOH ALIYU was last modified: September 17th, 2020 by Adeola Shittu