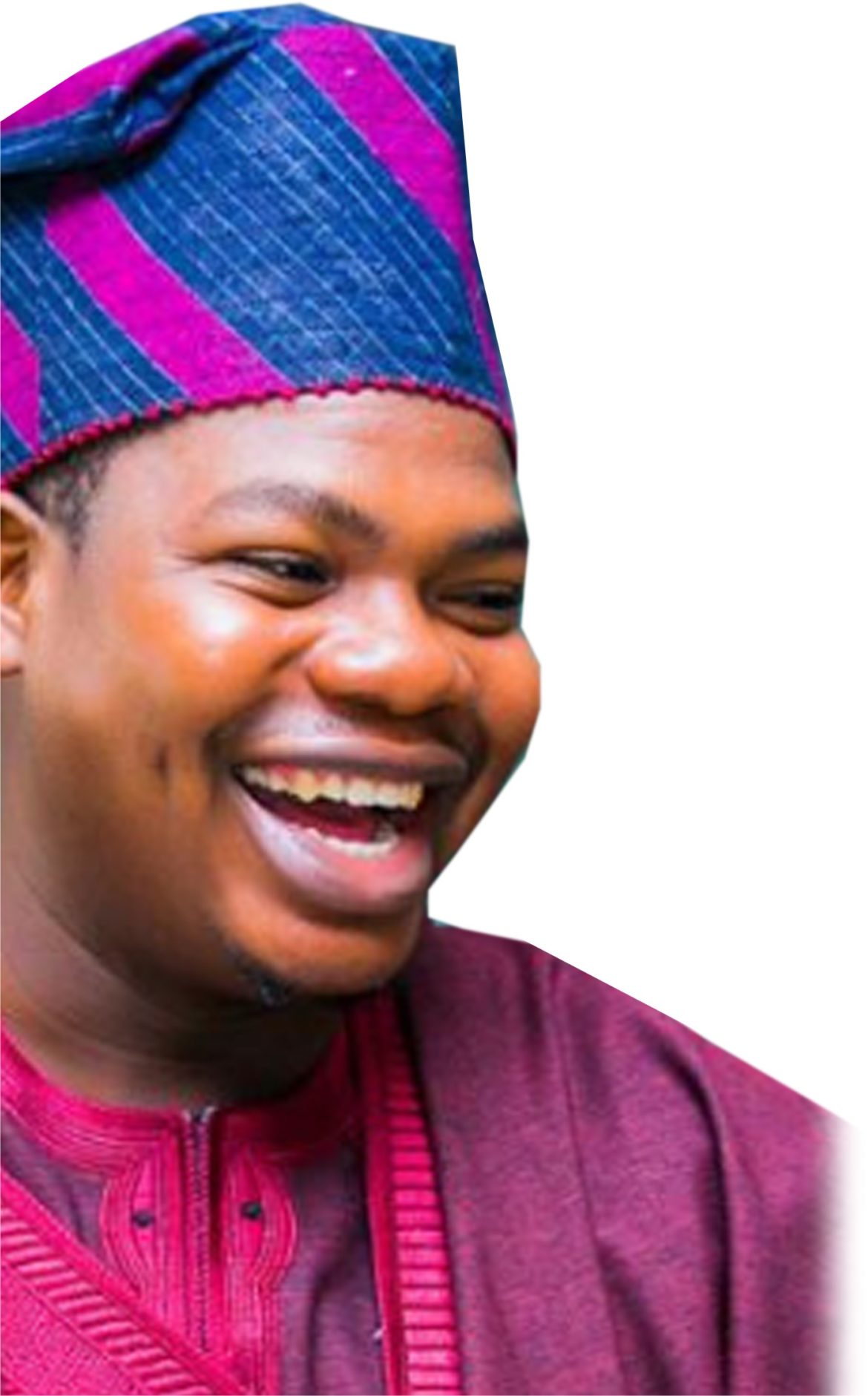 One person whose flame has continued to burn and surprisingly taken everyone by surprise with his comedy skits on social media is Debo Adebayo popularly known as Mr Macaroni. Since his emergence into the comedy space in just one year, the Instagram comedian has become a household name. His style of comedy can be best described as hilarious, tasty and morally impactful and lest we forget his now-famous slangs like ‘You are doing well’ ‘freaky freaky’ ‘fantabulous’ ‘Are you there’ have become regular anthems around the country. He has been acting for some years, but recently came into limelight after starting a series of comedy skits.

In most of his skits, he usually plays the role of a sugar daddy, looking for a side chick and it is always full of adventures. His videos are loved because of their uniqueness and lessons that viewers learn at the endings. He was born in Lagos State into a family of 10. His father is a journalist, while his mother is an educationist. He describes his childhood as ‘simple’, and always states that he was inspired by Pastor Chris Oyakhilome of Christ Embassy.

His education wasn’t really very rosy as he attended three different universities, before finally graduating from Redeemer’s University. While at the institution, he was bent on leaving a legacy that would make every student an ambassador of the university. He was the president of the student body while in the school, and tried his best to make every student happy and comfortable. He got his certificate from the institution in 2018 and completed his National Youth Service Corps (NYSC) in 2020. The Theater Arts graduate of Redeemers University sat down with us at Pulse to talk about his journey so far in the entertainment business. In this interview with Pulse, he revealed the secret of his amazing success. “For Mr Macaroni 2020 has been an amazing year for him so far, and in his words, it can be described as ‘Fantabulous.’

Fantabulous… oh fantabulous, I must thank God, I must give glory to God. Its been a great year so far. So many things have been coming in, amazing things that I never expected,”.

Talking about the hurdles he faced while trying to get a degree.

“It was not fantabulous, four different universities, started at one reading Law then we had issues with accreditation. NUC just woke up one day and said the course wasn’t accredited and we led a protest then after which I left because of ALUTA issues and went to another one in Cotonou.I had issues with one lecturer and it almost went physical. They always like to test me and I’m a gentle guy, I don’t like problems.

So after the one in Cotonou, I said I wasn’t going to school again. I said maybe school is not meant for me. I told my parents that if I’ll ever have to go back to school, I’ll study theater arts because that was what I had always wanted to do. Then I got admitted into another university in Ekiti to study theatre arts.

“On getting to the school, the dean called me to inform me that they had not started theater arts yet. They then offered me English and Media studies. I wasn’t impressed and stayed till my second year before I finally went to the last university which I was enjoying until my last year when the drama happened. I remember Pulse came to interview me at my house but finally, I graduated and got the certificate,”. On how he came up with Mr Macaroni’s character.

“Mr Macaroni has been in existence since my second university when I said I wasn’t going to school again and started going for auditions and there was a job I did then in the comedy ‘Face 2 Face.’ It was for an extra role, they didn’t give any name to my character and the director told me to give my character a name and I said ‘Mr Macaroni’ because I felt the character was a jolly good fellow. “However it was when I got to the third university that the name stuck because of a female friend. Because anywhere she saw me she screamed ‘Macaroni’ so I decided to keep the name,” he revealed.

For every die-hard fan of Mr Macaroni on Instagram, one thing that has made him stand out is his spontaneous skits. Only a talented craftsman can maintain and continue to release content like that on social media. how does he come up with these amazing ideas that have kept millions of Nigerians stuck to his Instagram page?.

“I think its society, its there for every creator, for every artist be it an actor, a musician or anything you are doing. The society presents to you raw materials for you to use. You just need to open your eyes to see it. All of these things that we do, it happens. But sometimes it is birthed from our imaginations. So I like to say, things that I have seen, things that I see and things that I am yet to see,”.

Macaroni says all the contents for his scripts are solely created by him. According to him, he is bursting of so many ideas that he can’t wait to use and share for his already overflowing fan base. At what point did he realize his personality had become huge or he has become famous.

“I don’t think I ever realized. I just noticed that day after day I’ll step out and people would be like nor be ‘freaky freaky’ be that? So every day it was just getting bigger and bigger and I was like something is really happening to you that you don’t know yet. Then I became aware, I stopped going out the way I used to,” he said. He went on to give an experience of how he bumped into his fan while on a motorcycle and the drama that ensued.

Mr Macaroni has in the last few months gain a huge fan base across Nigeria and even outside the country. One surprise fan is an American music icon, MC Hammer who reached out to him via Twitter and what was his reaction?

“I won’t lie, I didn’t know how big MC Hammer was, that’s me being honest. So when he tweeted about my video and tagged me and said some nice stuff, he followed me and I followed back. I went on to respond to the tweet, appreciating his comments but it was when a lot of people started retweeting and saying ‘Macaroni global global’ that I decided to go google MC Hammer. I was surprised, then I went back to retweet his previous tweet and so on. I was really excited about it,”.

You are doing well’ is one of Mr Macaroni’s most famous quotes which to date is being used by almost everyone familiar with his skits. However, a popular Nigerian bank jumped on the quote for one of their adverts a few months ago without the permission of Mr Macaroni. So he was asked if he has branded ‘You are doing well’ and his other popular quotes.

“Yes, we have. At that time it was already in the process and funny enough I wasn’t out to cause trouble because people had been using the slang but the only issue I had was they put up an image of another person. That was all. The fact that we were still working on it couldn’t make us pursue further,”..

Mr Macaroni says he relates with other Instagram comedians very well. According to him because of his style, it sometimes makes it difficult to include them in his skits.

The theater arts graduate from The Redeemers University says he doesn’t think he would ever try his hands in stand up comedy as that’s far from his strength as a showman.

“Stand up comedy is about standing up to make people laugh. I can hold a crowd, I do MC gigs, I host events and all of that, I don’t crack jokes, I’m an actor but I can interpret comic roles to the best of my ability. I don’t think I’m gifted when it comes to stand-up comedy like the way Basketmouth and Bovi do. I can say some stuff that will make you laugh but not stand up comedy,”.

Mr Macaroni plans to star in more Nollywood movies in the coming years as that has always been his first love. For his already famous ‘Freaky Freaky’ character, Macaroni believes that with time, he would be diversifying, trying other roles and making other things come out from the brand. Concerning his relationship, he revealed he is still a virgin, he made this known while responding to interview questions on BBC Yoruba. Mr. Macaroni said he doesn’t have a girlfriend and he’s not planning to get married soon.

How I Hit It BIG In Comedy On INSTAGRAM – Popular IG Comedian, Mr. MACARONI was last modified: August 24th, 2020 by Tayo Oyediji

Why More & More Celebs Are Going...